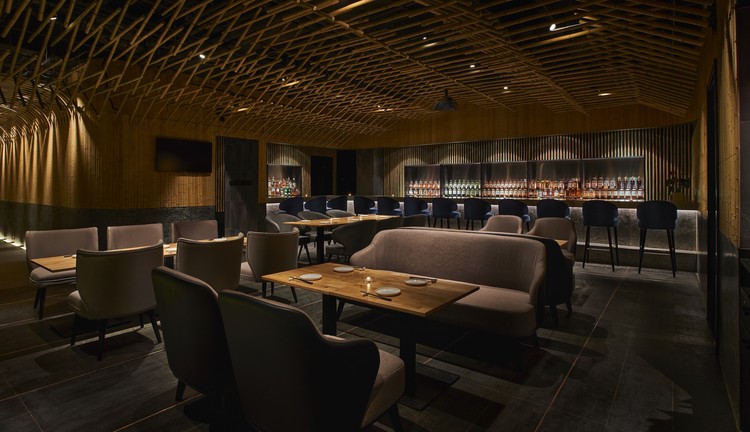 Text description provided by the architects. Dongshang is a contemporary Japanese restaurant with wide selections of Sake and Japanese whisky located in central Beijing. The restaurant consists of a dining hall with a bar counter and two private rooms. The client requests to design a Japanese restaurant also appearing Chinese style at the same time.

In response to the demand, a bamboo is developing into the entire space in different forms. The significant material is traditionally used in various ways in Japan as well as China. Bamboo strips fixed on walls are folded at the ceiling, and they make tunnel-like spaces enclosed with bamboos at two of hallways. The light passing through the bamboo strips of the ceiling like sunshine filtering through the trees illumined the bamboo walls.

The dining hall is also surrounded by the bamboo walls expanding from two hallways located on both sides of the dining hall. 3cm diameter bamboos are put together at the ceiling makes a roof over the dining hall creating a sense of intimacy.

Illuminated liquor bottles are displayed on shelve plates made with black steel at a backbar featuring the vertical bamboo louvers. The element with strong connections to both of Japanese and Chinese cultures and traditions is iteratively highlighted in the restaurant.

Since two of private rooms are used for a variety of purpose such as karaoke, private party, or lecture, they are soundproofed featuring acoustic boards at the ceilings and the walls. Brass plates, which are repeatedly used in the hallways and the dining hall in some different forms such as brass strips of terrazzo and black granite stones or brass nails of bamboo strips, are used for the ceiling and furniture at the private rooms. Unlike the halls, these rooms are wooden-themed feature with some brass plates without using bamboos.

To maintain a distance from a glaring public hallway, an intermediate space is created outside of the side entrance. Extending from interior to exterior, the language of bamboo continues onto a ceiling of the buffering area bringing inviting atmosphere. 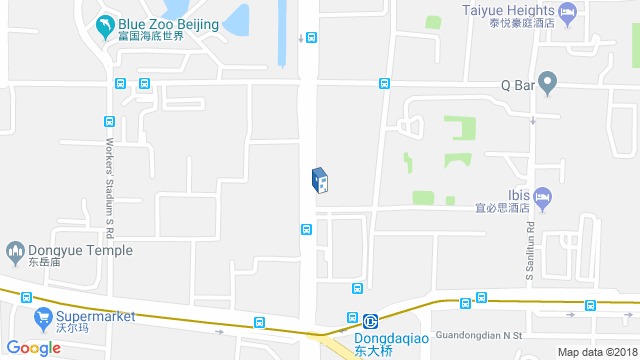 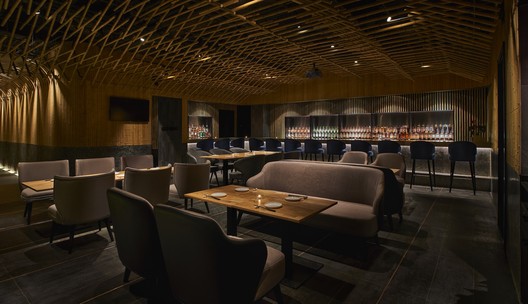