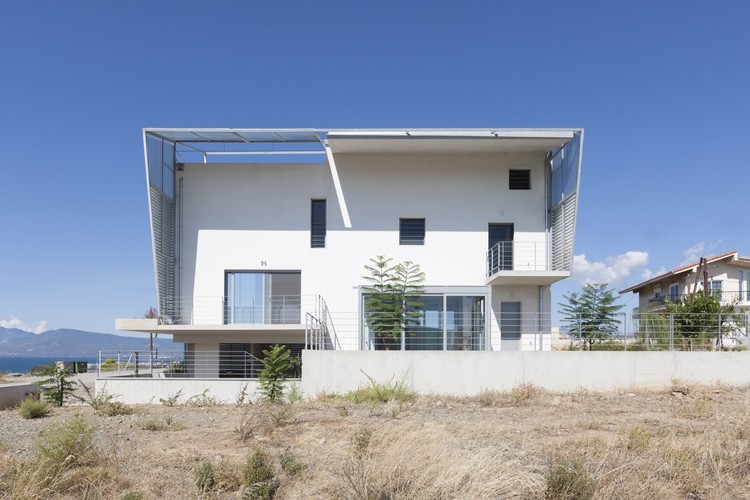 Text description provided by the architects. The plot of land is located on the edge of a small hill, in a suburb of Chalkida overlooking the sea. The characteristics of the location and slope of the plot, along with the existence of a main road on the north side, led to the creation of a relatively compact and impenetrable volume from the north. Oppositely on the south side there are the main openings connecting the interior with the yard, semi-covered spaces and balconies.

Internally, the composition is structured around a vertical and horizontal axis in the space, where in their intersection they form a visible cross in the living space. The vertical axis distinguishes the areas of movement (staircase, lift) from the operating areas (kitchen, dining room, bedrooms, wc), while the horizontal axis separates the public spaces from the more private ones.

> Bioclimatic approach
The building is designed with the principles of bioclimatic design, utilizing both passive and active solar heating systems and natural cooling. In summary, the design of passive solar heating and cooling systems includes the installation of openings and a large shelter in the south orientation, a solar greenhouse in contact with the kitchen, vertical ventilation through the open staircase, cross ventilation with a northern skylight, minimizing losses through thermal insulation, appropriate perimetric planting with deciduous trees. Active systems have been used like solar water collectors, combined with the use of heat pump and fancoil while all the rooms have ceiling fans. Finally, there are automatic vents in certain places that either introduce the warm air of the solar greenhouse into the house or extract the hot air at the top of the stairwell.

> Light
A structural element of the composition was both natural and artificial light. By simulating the movement of the sun according to the season, the position and the size of the openings were determined in order both for the optimal natural sunshine and the creation of different senses. The natural light from midday onwards enters the highest skylight, creating a sense of central space demateralization, while the afternoon it invades from the north-west opening , filtered through blinds resulting in a composition of colors and shades. 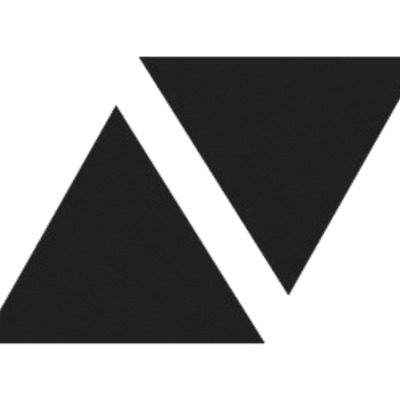