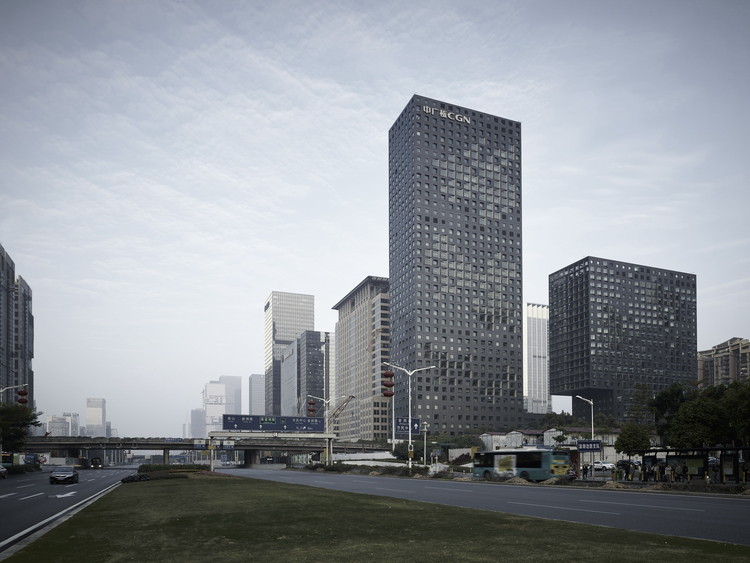 Text description provided by the architects. After a decade of speedy developments, the structure of Shenzhen’s Central Business District (CBD) has begun to stabilize. However, every individual building is pursuing its own uniqueness and lacks sensitivity between urban dialogues. Therefore the urban center is losing its totality.

Returning to the basic problem of high-rise buildings such as the use of energy saving technology, long-term sustainability, and clear and concise design approaches can make the design distinctive from the chaotic city centre and return to classic forms.

The architectural form and organization of space expresses the abstention from power and gives the CGN Headquarters a simple and concise figure from afar. The two tower blocks occupy the site eastwards, and interlock in plan and space. An image of two linked and interactive buildings is formed by fully utilizing the landscape at the East and West side. In this area, two blocks respond to each other and form a bracket in the air.

The simplicity of the building facade texture conveys digital aesthetics. Modular windows repeat and vary throughout the skin, and become the main architectural vocabulary system. These windows vary in size, direction and depth, which gradually transform into grid fissions and extensions, supporting the floating public spaces. Based on these modular units, the spatial system of this gradient changes and partial upheaval acts as a metaphor for the fact that nuclear power is becoming a major energy industry.

At night, light travels through the grid, transforming the façade into a crystalline skin, and transferring the whole building into a screen that contains infinitive change. The dark metal façade emphasizes the corporal expression of CGN’s headquarters. The design exhibits the preciseness and solidity of a well-known technological enterprise, echoing its ambition of becoming a more international and future driven industry leader. 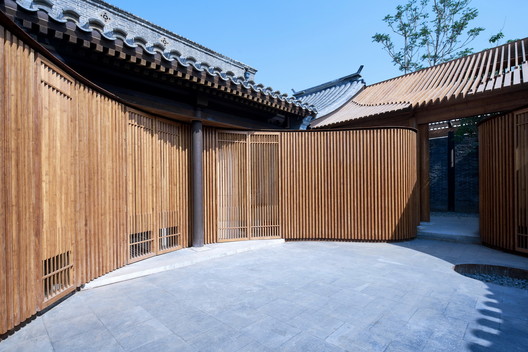 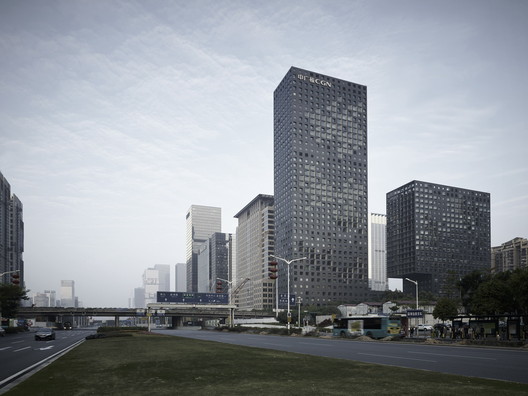