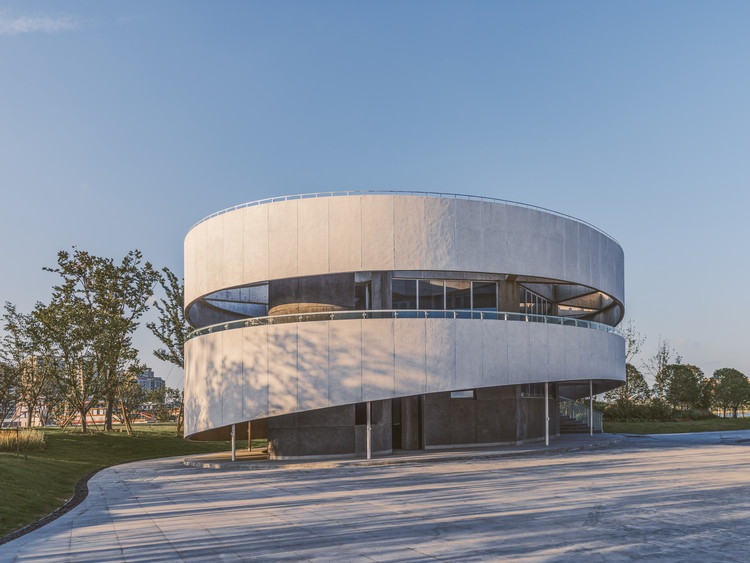 Text description provided by the architects. Some people asked me why GOM would make out an elliptical building which seldom appeared in our designing history. It was because the landscape design company insisted to make the site into an oval as a way to intervene in existed architecture and landscape.

As a result of this, in the beginning, we designed plans and structure based on the mathematical definition of ellipse which is “the sum of the distance between any point on the outer circle and the two focal points are equal” to deal with the site. We split two layers for the building. The lower layer was for supporting facilities and public toilets.

The upper layer is used as coffeehouse. Then, we tried to add a children sandpit on the southeast side of the unit. After this, we added an arched long wall between the sandpit and hard ground on the southeast side. The arched long wall was extremely important to us. It properly dealt with the relation between Sixian Xiaozhu and the sandpit, keeping apart but not afar, both isolated and interacting. We also add a foot washing pool for children in the public toilet on the first floor.

Anyway, this piece of landscape architecture perfectly fit in with the lake of “Shanghai Fish” Park, the children sandpit, the oval site and those tentative functions which are children public toilets and coffeehouse. We also expect that the further evolution of Sixian Xiaozhu can add its vitality as architecture. 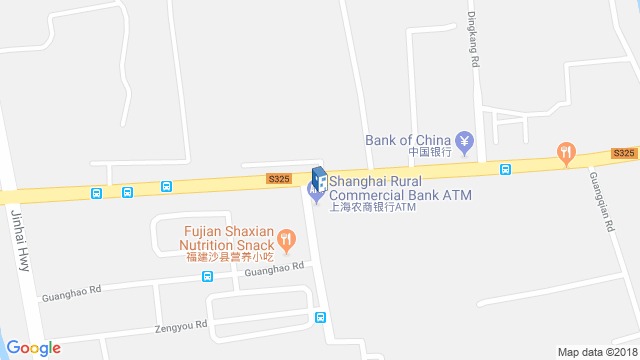 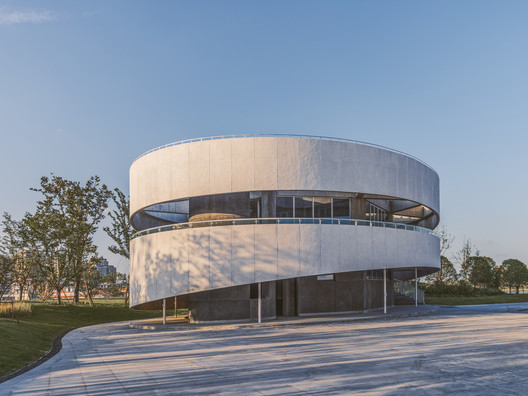