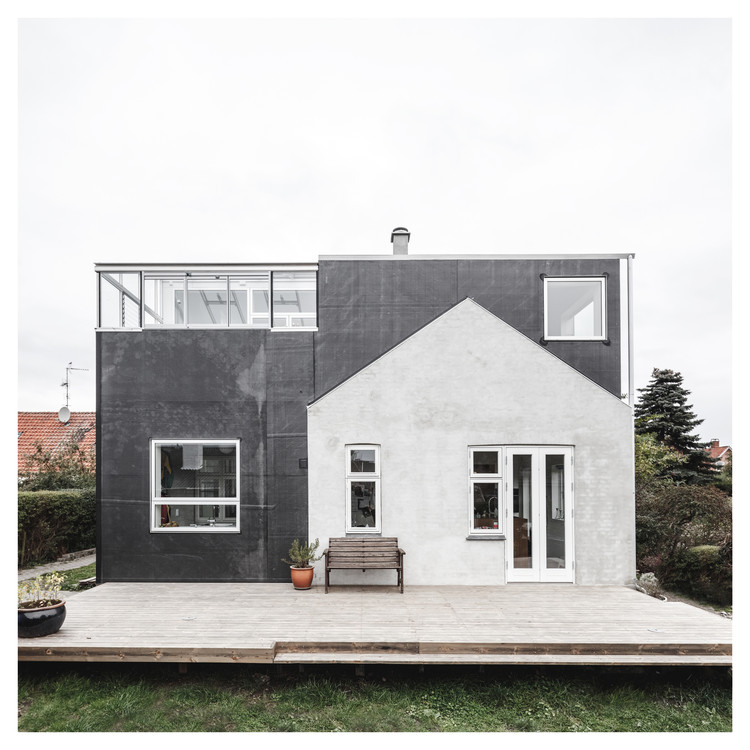 Text description provided by the architects. The Helmet House is located in Copenhagen, a densified city with a tough housing market as with so many other big cities. As the city is becoming denser, it’s hard to find a house for an average sized family without having an unreasonably high price. We believe that any family should be able to stay in Copenhagen without being forced to move. Therefore we gave them a house so that they could. An ordinary house transformed into extraordinary architecture. The quality of architecture. That’s something everyone should have access to.

The client’s brief was to expand the house without removing too much of the garden area. We suggested an extra floor level as an expansion. In that way, the square meters could be doubled up while the garden area remained the same. The new floor level would in some parts extend to the ground floor, connecting the extension to the existing house into a single volume. In this way, the house would be more assembled than before.

In addition to creating a unified volume, one of the main ideas of the extension was to distinguish it from the existing house, the new from the old. We, therefore, decided to keep as much of the old house as possible such as windows, walls, flooring, and materials. We only did a small restoration of the old facade, giving the bricks a light color of grey. The facade of the new extension, on the other hand, was given a dark grey color with a different kind of material made out of rubber from Firestone. The material is watertight and durable and could therefore also be used for the roofing, creating a single shape and texture of the extension.

With both a difference in material and color the extension becomes a clear contrast to the old building making sure that it would be obvious from the street to point out what is old and what is new. We wanted the contrast between the old and the new but at the same time gather it. Collect it. The extension together with the old house becomes one single volume. This meeting between the old house and the extension would also be experienced interiorly. The staircase leading up to the first floor is what connects the extension to the existing house.

This connection, however, is not entirely complete since the staircase is hanging from the first floor, never touching the ground floor. In this way, when walking up the stairs from the ground floor of the old house to the first floor, it would be clear that you’ve entered the extension. The wooden flooring from the old house is on the first floor replaced with a soft, solid, rubber flooring. The interior is bright with windows on the walls and along the roof, with natural light filling the floor. Your first view will be of the winter garden, facing south and a perfect spot to spend all the late summer evenings surrounded by exotic plants. 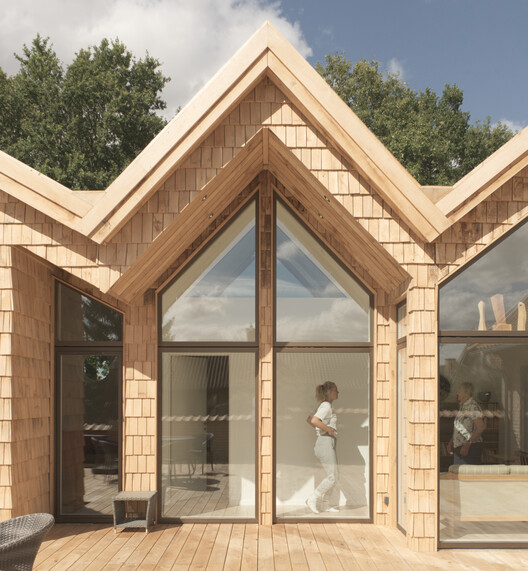 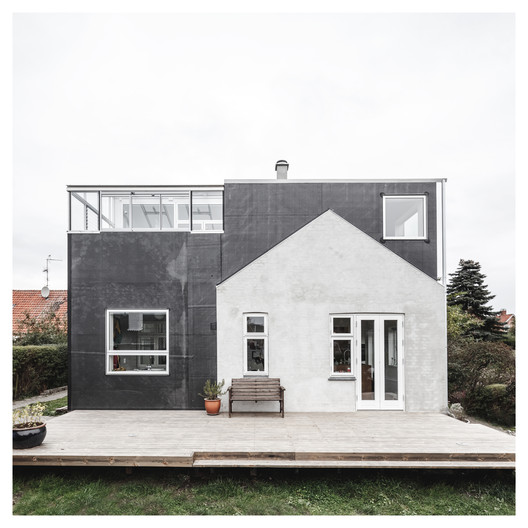