The iPhone Photography Awards (IPPAWARDS) has announced the winners of the 2018 edition of the annual competition. Founded in 2007, the same year as the release of the first iPhone, IPPAWARDS is the first and longest running iPhone photography competition. Now in its 11th year, the awards continue to select the best images taken by iPhone, iPad or iPod touch from a variety of categories including Landscape, Animals, People, Still Life and Architecture.

This year’s architecture category was won by Massimo Graziani from Italy for a shot “Rampage,” taken at the Via Allegri in Rome. Second prize was awarded to KuangLong Zhang from China with an image of one of the oldest mosques in Iran, while third prize went to Nasra Al Sharji from Oman with an early-morning shot of the Burj Khalifa in Dubai.

The winning images from the architecture category can be found below, as well as a selection of honorable mentions. The full collection of 33 honorable mentions is available in our complete gallery. For more information on the IPPAWARDS, and to view stunning photographs from other categories, visit the official website here.

Rampage
A stair ramp from Rome in Via Allegri.

Shot on iPhone 7 Plus in Rome, Italy

Jameh Mosque of Isfahan
This one of the oldest mosques in Iran and is the result of continual construction, reconstruction, additions and renovations on the site from around 771 C.E. to the end of the 20th century.

Shot on iPhone 7 in Ispahan, Iran

Burj Khalifa Dubai
I took this picture around 6:48 am from my hotel window as I was getting ready to head to work. 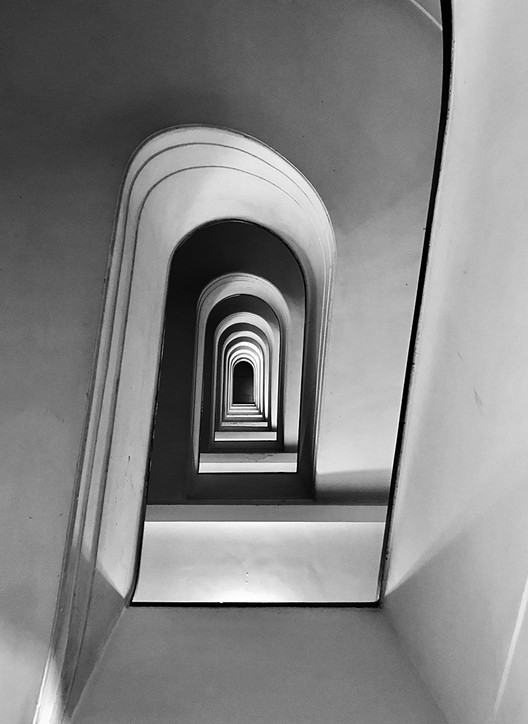