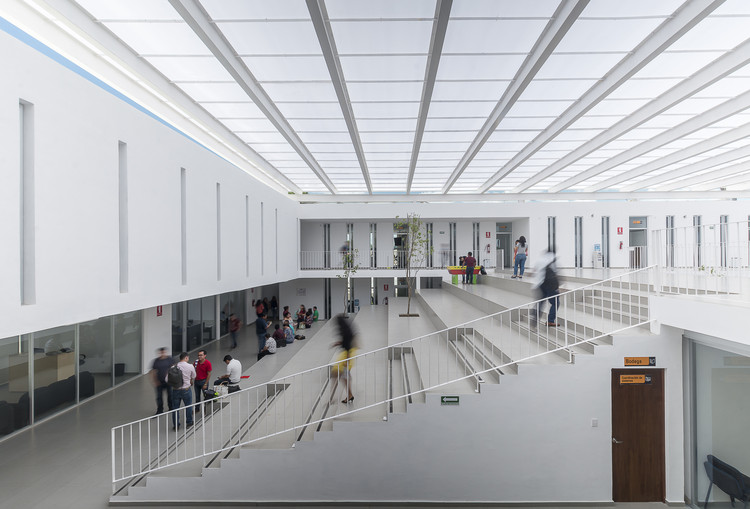 Text description provided by the architects. The land is located south-west of the city of Campeche, Campeche, has an area of 4,690.40m², bordered on the north by the main street of the city that borders the sea and a side street on one side, important factor at the time to design, taking into account the orientation and context where it is.

The program was solved in an area of 3,000.00m² divided into two levels and a semi-subterranean level of administrative areas, classrooms, and recreational areas. The shape of the irregular terrain was used to create a monolithic building with a central volume subtracted, generating natural lighting, ventilation, and equidistance between the areas.

When we realize that traditional corridors are used as social areas, we chose to increase the program with this large central courtyard, around which the whole building unfolds, leaving all the spaces with natural light, privileged vents, and sea views; In the same way, it is used as a recreational area that, when put on a white polycarbonate cover, works as a great natural light lamp.

The four facades were given a rhythm based on concrete cartels that are opened, closed or rotated depending on the orientation, to respond to the visuals and to the sun. On the southern side of the land, it was proposed to locate the parking lot, placing it in the less privileged part of the land and thus have access in the secondary street so as not to generate traffic problems in the main road.

A green belt was left on the periphery of the building that works as a buffer to outside noise. The topography was used to put a semi-basement of laboratories overlooking the sea. Materials such as apparent concrete, glass, and natural aluminum were used for the low maintenance of the University. 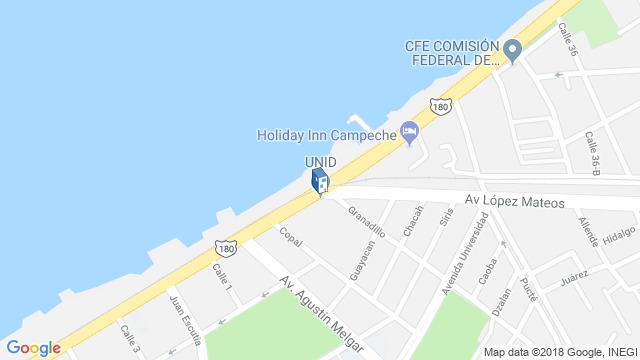 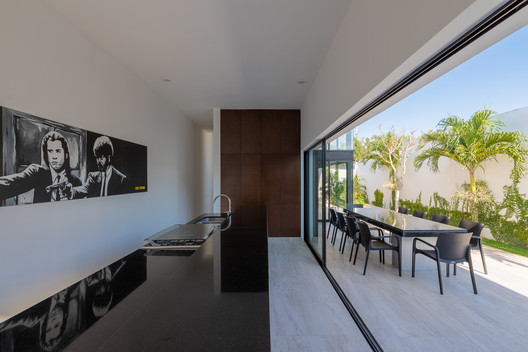