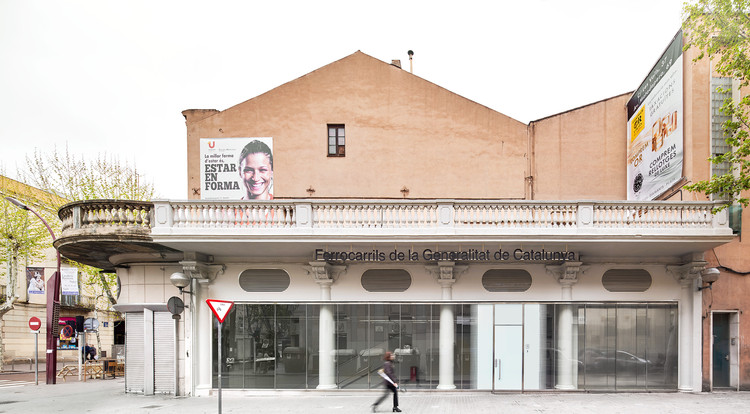 Text description provided by the architects. The new Staff Training Center of the Generalitat de Catalunya Railways (Ferrocarrils de la Generalitat de Catalunya) emerges from the idea of reusing the old Sabadell-Rambla station, recently shut down due to the opening of the new branch that extends and renews the line in 4 stops (Can Feu, Plaça Major, Creu Alta and Parc del Nord). This intervention must be a European benchmark in the training of the railway personnel.

Although the classroom will be developed on the railway tracks, the project wants to take into account the relationship with the city. The closure of the facilities, which took place over a year ago, has damaged all of the coatings, either because of a lack of ventilation or an excessive moisture in the basement floors, and also due to a lack of maintenance regarding the façade on street level, where a certain air of semi-abandonment is perceived.

The project is proposed in 3 phases:
1. Sanitation and restoration of the damaged parts because of the lack of maintenance throughout station. Two lanes are activated inside the tunnel to be able to access it and carry out the maintenance practices in the railway tracks.

2. Installation of the Training Classroom on top of the actual track, defined by two small volumes and a suspended ceiling that, together with a change of pavement, indicates the area. In this room classes will be given, and projections and cabin simulations will be possible, among others.

3. Redefinition of the façade, tortured by the different interventions, emphasising its patrimonial value. This façade, made up of columns, will be framed, under the capitals, by a continuous glass board defined by some minimal metallic contours. The ventilation grilles are formally integrated, and the upper balustrade is completely restored.

Address:Sabadell Rambla Station - c. of the Republic 1 (A), Sabadell, Spain 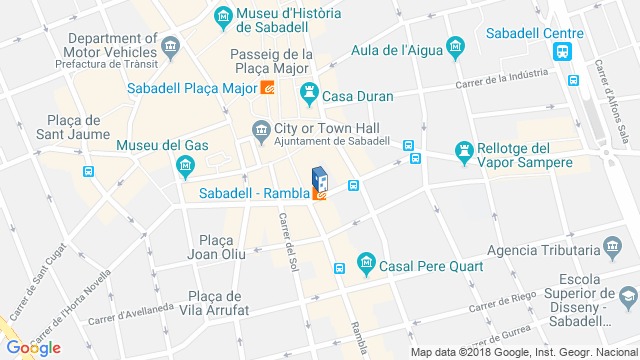