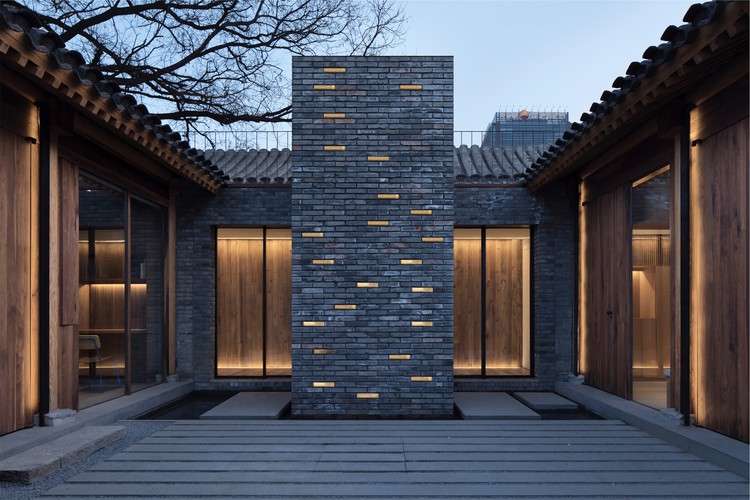 Text description provided by the architects. Nowadays, an increasing amount of young people choose to leave their old houses in Hutong and settle in the new areas of the city surrounded by concrete jungles. The old city has become a rundown area full of seniors. An essential objective of this urban renewal is to bring the young generation back to live in the old city.

Therefore, we expect that in this renovation project, on one hand, respect the existing spatial organization of the courtyard in order to preserve its original spatial quality. On another hand, transform it into a living space that is more suitable for the contemporary lifestyle of the young generation. These are the directions that block renewal and building renovation projects aim to follow.

The site of this project is located in a historical and cultural district in Fucheng Men in which the area contains 33 traditional blocks. The project area covers approximately 37 hectares, with a gross floor area of 242,000 and about 5600 households, including16,000 registered citizens and 13,000 inhabitants. In this area elderlies make up 19% of the  residents  and  immigrants  make  up  almost  50%  of  the  population  in  the  region respectively. The area contains 807 courtyards, remaining over 4000 houses while 70% of them are in poor conditions. Thus in this historical block, both the living quality and building quality need urgent improvements and its cultural values will therefore be reevaluated and upgraded.

Therefore, under the current context of Beijing’s promotion of the overall protection and revitalisation of the old city, many architects are involved in renovation projects of single courtyard or buildings linking the real needs of the city’s citizens with new forms of media in order to promote new ways of thinking and exploring the city. In this way, the living qualities of the citizens are improved while preserving and continuing the historical chain of the city’s culture.

The  existing  courtyard  sits  at  a Y-shaped  intersection  in  which  two  facades  are  fully exposed to the streets and can be viewed by pedestrians. While the boundaries of the courtyard are presented to people on the street, a strong visual impact is easily created. The courtyard originally ammonites 8 families. In order to maximise the usable space to satisfy the needs of a large number of residents, illegal renovations of adding additional building components are commonly built, creating a typical courtyard compound occupied by many households. Consequently, the additional building components in the centre of the courtyard need to be removed in order to reveal the original spatial composition of the courtyard.

Firstly, the entry to the gate is a straight tunnel in which a cafe sits on its right-hand site and the gate is located at the end of the tunnel.

There are a total of 6 guest rooms located within the courtyard, they are each designed with different area, function and spatial composition. The smallest guest room is 20 m2 and the largest guest room is 30 m2. 3 of the guest rooms are lofts and the another 3 are master rooms. Despite the difference in size, the rooms are also organised with different colours schemes. 3 of them have light colour tone and the other 3 have dark colour tone. Apart from the guest rooms, all other spaces are public spaces, which are available for public exhibition and display during the day.

After removing the additional illegal building components, the 6 guest rooms form a new square shape courtyard. On the southern centre of the courtyard, a new staircase tower has been built using the recycled old grey tiles from the demolished parts of the building. Following up the staircase, an exhibition space is formed on the rooftop after reinforcing the original structure of the building. Standing on the rooftop under the shadow of large trees, a panoramic view extends from the courtyard all the way to the Miaoying Temple. The magnificence and beauty of the continuous traditional buildings are fully expressed from the view of the rooftop.

1. Existing Flaws of the Building

Building renovations projects have to first solve the existing problems of the building. In this project the aim is to solve the following issues:

The design logic of this project is to use limited space and resources to maximise the reuse of material in ways of creating new space. During the renovation process, the continuous occurrence of accidental discoveries always brings new design ideas. As the construction process progresses, the design continuous changes and develops, which can be seen as “the logic without logic”.

For example, after removing the old paint on the wood structure, the natural beauty of the material is fully expressed in its colour and texture. Thus, a decision is made to maintain the original colour and texture of the wood structure. While building the floor foundation and water drainage system in the courtyard, 7 large rectangular stones from the Qing dynasty are discovered 1 meter underground. 4 of them are chosen as the material used for the staircase in between the guest rooms and entrance, hence giving the stones new life and function.

The old window frames are kept and reorganised and reused for different rooms, hence preserving the vintage spatial atmosphere within the courtyard.

Another vintage material that has been kept is a large number of old grey tiles, in which their age vary from a few hundred years old to the last century. These grey tiles are used for  building  the  central  staircase  tower  in  the  middle  of  the  courtyard.  Contemporary materials such as glass brick are embedded in it in order to create the “bridge” between the past and the present, achieving the continuation of spatial memory. Although the removed  parts  of  the  building  are  all  structures  built  illegally,  yet  they  also  perform important parts in the history of the courtyard and is also a part of the city’s memory.

The relationship between courtyard and city:

The courtyard-type living space is prone to be private. The living characteristics of the courtyard house are relatively open, which enhances the communication between people. We expect that in the project, a semi-private and semi-public space for communication can be established between urban public space and residential private space.

We design a café as the entrance, at the same time, it can be used as reception space for the homestays in the inner yard. The main entrance of the courtyard is designed to open to the Hutong, making the corridor and the café part of the urban space. There is only one big table in the café. When guests in the homestay are having breakfast, local residents can also come to have coffee, sitting at the same table and chitchat with each other.

The exhibition space is located in the inner courtyard, which can be opened to the public at different times, increasing exchanges between the courtyard and the city.

The relationship between rooms:

In  traditional  star  hotels,  guest-rooms  are  usually  designed  closed  to  each  other. However, we expect to break the closed atmosphere down. As a result, a large area of floor-to-ceiling glass was designed on the facade of the room, and the relatively public space for reading and chatting in the guest-room was arranged in the window side. In addition  to  increasing  lighting,  guests  in  different  rooms  can  see  each  other  and communicate to some extent. In contrast, the bedroom space, toilet and bathroom were hidden in the room or behind the wall to guarantee the privacy of life.

4. The symbiotic relationship with nature

In Hutong, there is a close interaction between trees and people. During hot summer days, the sunshine was shaded by the luxuriant branches and leaves of the tree, leaving a shady corner. While, in winter, the leaves withered and the sunshine shimmers in the courtyard through the branches, leaving warmness and brightness in the bleak and windswept beauty. The relationship between people and trees is organic. Therefore, an old locust tree of several decades has been preserved in the courtyard, which not only continues the organic relationship between man and nature, but also maintains the subtle interaction between man and nature. 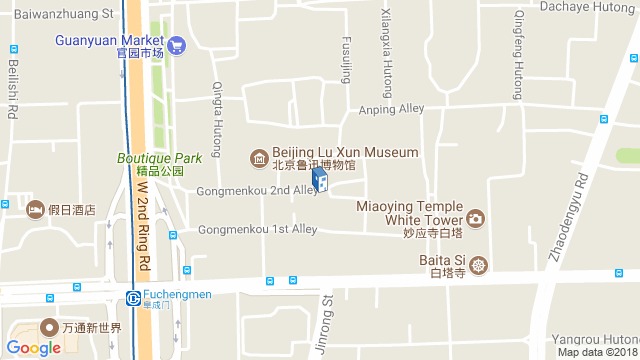 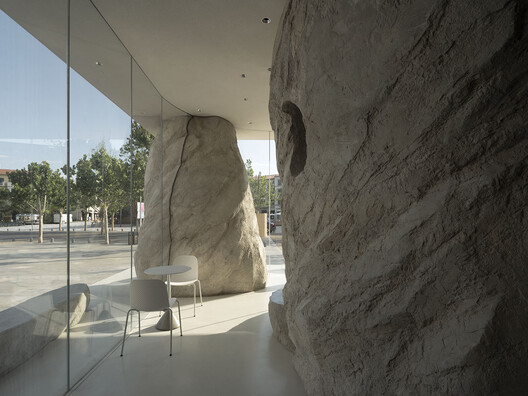 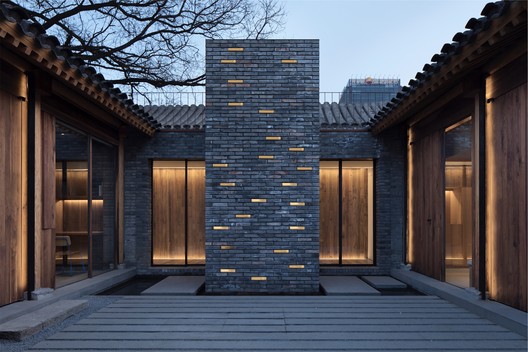