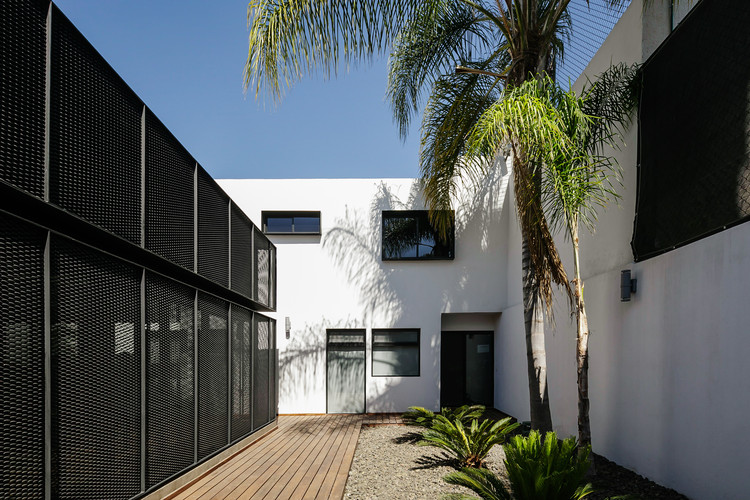 LEAP Laboratorio en Arquitectura Progresiva is an architectural firm working from Guadalajara, Mexico since the year 2001 and has a new office space. The house where their creative space was built is a 40 years old house that is a couple of lots to the north of the headquarters of MTQ, a leader company in the A/E/C sector, specialized on the technical and engineering aspects of architectural projects and a strategic partner of LEAP since its beginnings. When the property came into the real estate market it was a natural choice to acquire the house because its location just some meters away from MTQ. The house had always been used as a private residence, with a medium sized backyard and a terrace. The project recycled the bedrooms in the upper level as private office spaces, the former space for dining on the first floor was transformed into the new meeting room, minor transformations were made to convert the kitchen into the office reception, and in the backyard a new black metallic box was built, it is the workshop space where the architectural projects are carried out. At the end of the workshop space, a transparent division gives privacy to the principals of the studio.

The house is clearly divided into two complementary components, the first body is for administrative and more traditional style office space, and the second component is for the creative tasks, a think box where ideas are born, discussed, distilled and condensed into realities through architectural projects. One of the challenges posed by this interpretation of the office space (as two bodies working in coordination) was how to deal with the connection between both components. The solution was to create a mirrored passage, a long walking corridor where the user sees himself reflected into a black infinity of images and could change its state of mind from the daily administrative tasks into the state of mind of a creative space, the passage is a liminal space, a rabbit hole after which another reality is waiting. Once the user has gone through the mirrored corridor it is confronted to a black box, a platonic black volume with no apparent windows or doors, the metallic screen appears to be solid hiding the working space inside. The workshop is a clear space with natural light filtered through the metallic screen making the space friendly for computer use, two large tables partition the space into three interconnected areas where LEAP´s collaborators work, and at the rear end of the workshop a private working area is where the principals of the studio interact with the team. 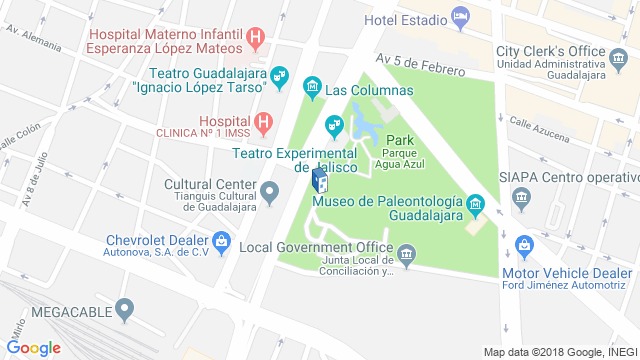