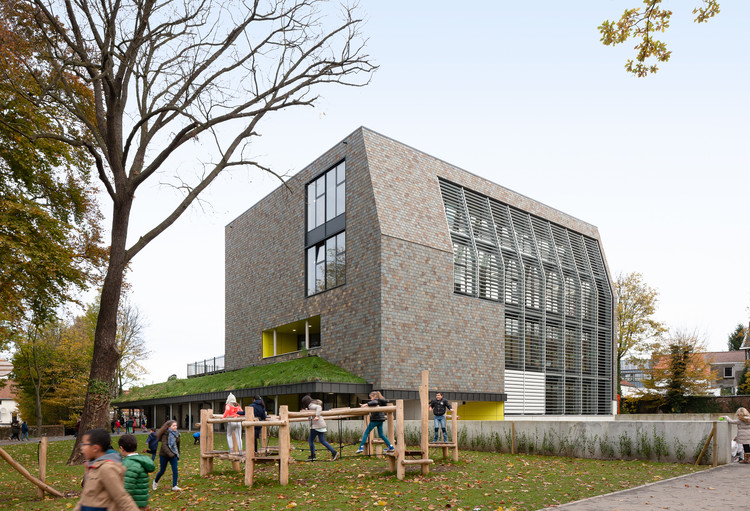 Text description provided by the architects. A new school in the city park of Zaventem. The design idea is to plant the building as modest as possible on the site to preserve the existing trees and green space. The location of the building is determined by giving a solution at the least pleasant edge zone of the park. The park gets a new ‘hoek’ [angle].

The building becomes an extension of the park by a dubious play of inside/outside boundaries. The major impact of the sports hall is minimized by using the existing difference in level [street versus park]. The lower part of the building [toddlers area] has its own play garden with a big canopy.

The tower part is destinated for students and has a strong north-south orientation. The - half underground - refectory and gym can be merged into one big polyvalent space. The roof of the lower building is covered with peat [norwegian ‘torvtak’]- the first one ever created in Belgium. This roof garden gives an opportunity to organize outdoor classes on the roof.

The tower building has been clad with brown natural slates - disappearing into the treetops. The north façade has wide open windows which provide daylight and spectacular views. The south façade has an individually controlled sun protection by means of horizontal louvers. The inside finishing is exposed concrete and masonry in contrast with warm tactile wood [oak]. All floor colors are typical per floor and are naturally orientated. 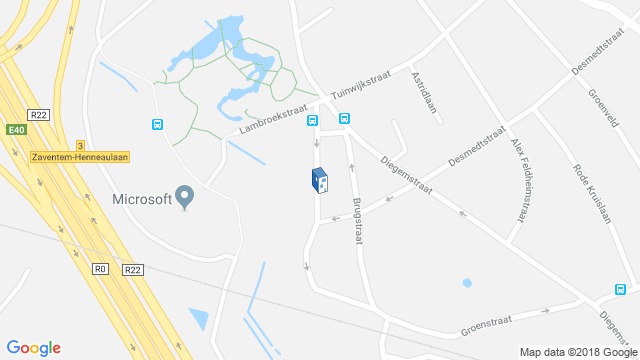 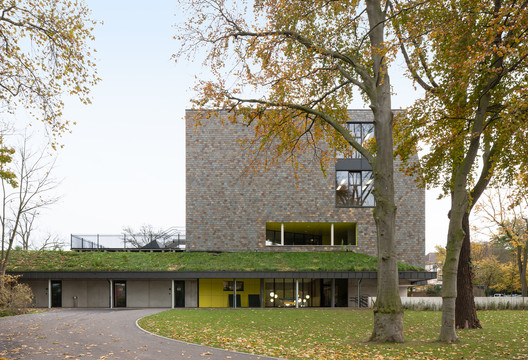 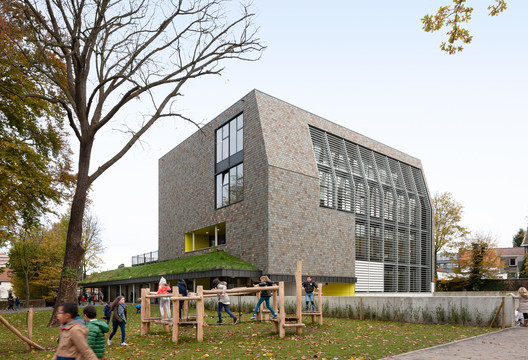