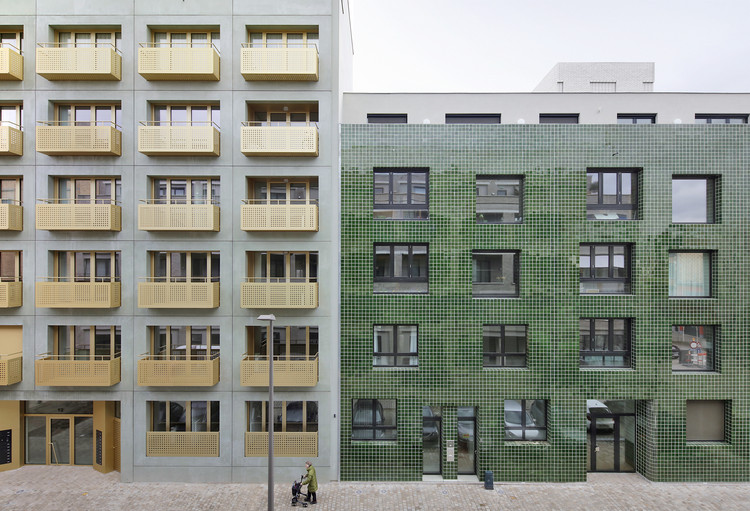 Text description provided by the architects. The architectural teams of META architectuurbureau, architecten de vylder vinck taillieu, noAarchitecten and OFFICE, together with PROJECT²/Bermaso present a building block that possesses an indirect but recognizable uniformity, yet does not forsake its own strong identity. KAAI 37 is the first passive group housing project to be certified.

The complex consists of 4 buildings with a total surface area of ​​8,500 m² that group 72 apartments and duplex apartments, 5 houses and 4 commercial units around a courtyard.

Colour Nuances and Mineral Materials Reveal a Unified Whole
The context, position and visibility of the ensemble required a specific approach to the materiality of the façade. The underlying grid, which is tailored to the warehouses in the district, creates an indirect uniformity. Mineral materials with subtle colour nuances enhance the idea of ​​the ensemble. For example, the glass façade cladding, prefabricated concrete elements and glazed tiles were all elaborated in shades of green. This colour was even extended to the masonry work on the façade.

A Large Plant-Filled Courtyard with and Private Areas
Great attention was paid to the integration of terraces and balconies. The exteriors of the buildings have a refined and static appearance. On the inside, the emphasis was placed upon the creation of a pleasurable plant-filled courtyard. This was carefully divided into private and communal outdoor areas.

An Ambitious Collaboration
The project is the result of an intensive collaboration between the four offices. A series of common principles was established and honoured, including the decision to use a glazed or reflective finish for the exterior and an agreement about how the façade grid would be organised. Moreover, the team consulted the designers of the north building block and agreed that West 8 could design the entire courtyard.

META
META opted to use a concrete outer structure, or exoskeleton, for its building. A first. The finished exterior is composed of grey-green, prefabricated concrete façade frames that also form the supporting structure of the building.

This building method is a more intensive version of META’s core tenet that ‘structural work is finishing work’.

architecten de vylder vinck taillieu
Sunny apartments ensure that day-to-day life is shaped by the city and the courtyard. The sun does not just play across the façade, with its glossy and matte surfaces. It also plays through space. From front to back.

noAarchitecten
noAarchitecten strengthened the diversity of the heterogeneous housing programme by varying the arrangement of windows on the façade.

The dark green façade is covered with glazed Portuguese tiles with thin but distinct joins. These lend a strong visibility to the building and create a tension between the apparent randomness of the window composition and the underlying tile grid.

OFFICE Kersten Geers David Van Severen
The building by OFFICE Kersten Geers David Van Severen is an exercise in simplicity, one that is based upon carefully considered proportions, materiality and colour. As a whole, the building combines the spaciousness of the warehouse typology with elements drawn from classic city apartments, such as generous window openings that run to floor level and double doors between the rooms.

POLO Architects, PULS architects, Vermeiren - De Coster Architects & cuypers & Q architects each signed a building for the northern half. A shared courtyard forms the green heart of the block. 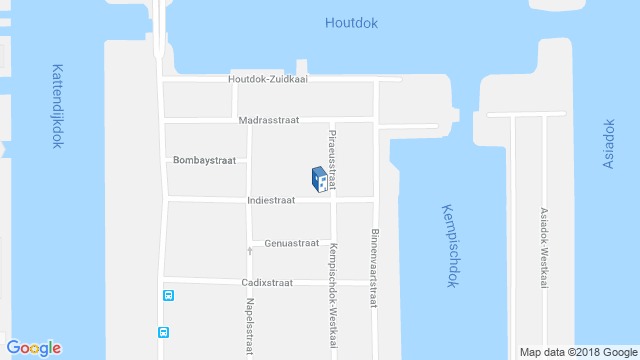 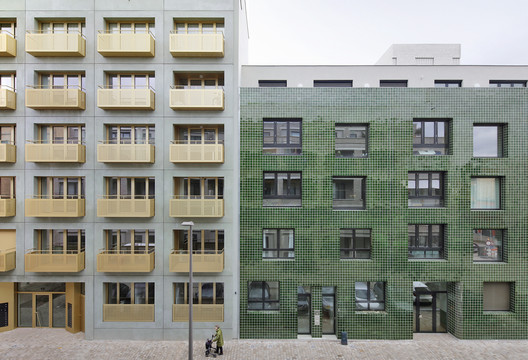