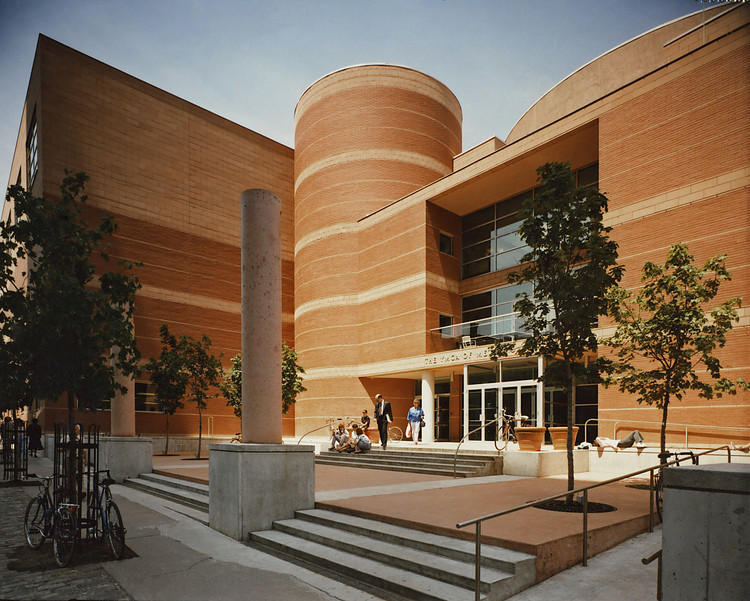 Text description provided by the architects. Buildings that continue to prove their design intentions over the course of decades are the focus of an annual prize awarded by the Royal Architectural Institute of Canada (RAIC) and Heritage Canada The National Trust. The Prix du XXe siècle recognizes an outstanding contribution to Canadian architecture of 20th century design.

The award can recognize a building in Canada designed by an architect from any country, or a building anywhere in the world designed by a Canadian architect. The recipient for 2018 is the Toronto Central YMCA (1984) designed by Toronto-based Diamond Schmitt Architects.

This 14,400-square-metre (155,000sf) facility allowed the YMCA to continue its tradition of leadership and service to inner-city residents while responding to the lifestyle and cultural needs of a growing downtown population. When it opened, few people actually lived in the vicinity; today, the area is lined with residential towers that continue to emerge on the city skyline. The Central Y is considered one of the most successful in the world, with the highest membership utilization, according to metrics of YMCA International.

The distinct program, articulated in five building types – each with its own functional and architectural form – is unified by spacious, logical and enticing circulation routes that reveal all major program areas and encourage public passage through the building.

The facility includes a full recreational complex with two swimming pools, double gymnasium, racquet courts, a dance studio, indoor and rooftop running tracks, a 300-seat multi-use auditorium and day care centre. A defining feature is the Athletes’ Stair, which connects all levels under a linear skylight.

“The idea was to create visual connection between areas and to surprise visitors with unexpected views, such as the pool areas and a view straight through the building from the lobby,” said Jack Diamond, Principal, Diamond Schmitt Architects. “We viewed the programmatic requirement of circulation as an opportunity for social engagement.”

The building was constructed to withstand the heavy traffic and physical activity of the athletics program by using durable and robust materials – terrazzo flooring, stucco, concrete and metal baseboards that look as good in 2018 as they did when the facility opened almost 35 years ago. Acoustic considerations were important for the pools, where triangular, board-formed concrete baffles in the ceiling dampen sound.

The highly versatile auditorium has retractable seats and a sprung floor that opens on three sides to create a public piazza. When the curved, custom-made, lead-lined doors close, the room achieves acoustic isolation for performance and private functions.

In 2011-12, renovations by Diamond Schmitt Architects added a glass box addition on the south exterior, adding a community meeting room on the second floor and Community Newcomer Information Centre on the third floor. The original design intent of the facility remains the same: to serve the community in body, mind and spirit. 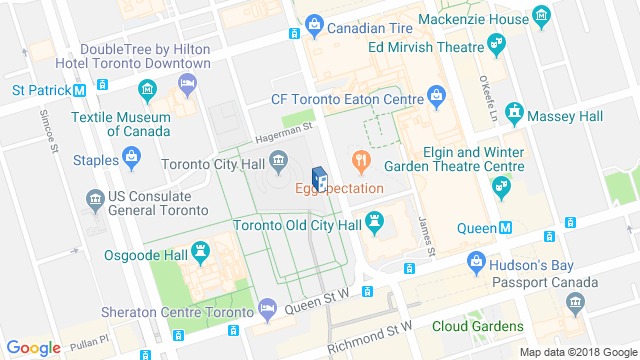 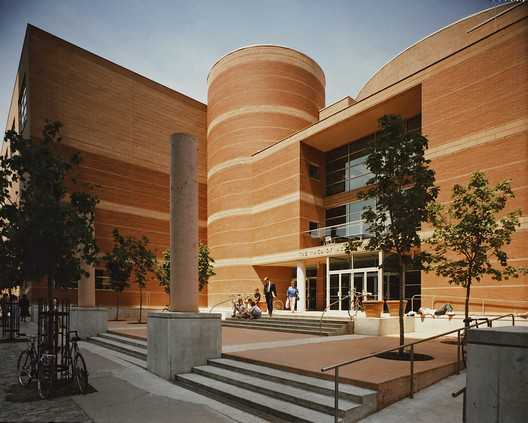