Save
Viewing Platform with Canopy and Amphitheater / OOO “ADM” 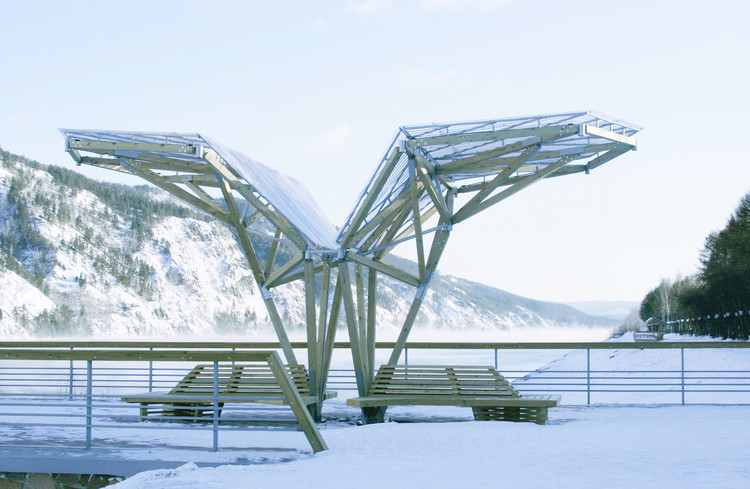 Text description provided by the architects. The name of the Siberian town Divnogorsk located 35 km from Krasnoyarsk appeared from a word combination “divnye gory” meaning “amazing mountains”. And indeed the panoramic view from the riverfront captures the imagination! The opposite bank of the Yenisei River appears in front of the audience as a high wall of the spurs of the West Sayan Mountains with expressive rock formations and pine forests.

Divnogorsk grew out of a small settlement at the time when the Krasnoyarsk Dam had been constructed here from 1956 to 1972. The town has a terraced structure descending from ski resort in the mountains to the river, and its lower level is a massive concrete embankment built in the 1970s. Spatial and architectural design of the embankment expresses the ideology of art and architecture of the time - pathos and heroic spirit of the idea of the conquest of nature, of the Yenisei River. The riverfront structure is divided into several long concrete levels connected by staircases and it has some allocated platforms of different sizes. In 1976 the authors of the existing riverfront received a state award for its architectural concept. The riverfront remains the most popular public space in Divnogorsk for many years.

The nature of the place has its own identity and uniqueness, as well as the man-made riverfront space does. And we aim to save and accentuate both these identities in our projects, to transform the riverfront from the spirit of conquest of nature to dialogue with it, to connect the natural and urban environment in harmony.

We see the existing riverfront as a basis, as a concrete stylobate in which we embed a network of architectural demountable objects of modern service infrastructure, constructed using structural building system “ADM”. The system was created by our studio for recreational and natural areas. It consists of universalized metal joints and wooden beams. Objects and buildings made using it structurally can be post-and-beam, space structure or shell structure. The system possesses freedom and flexibility in shape generation, which helps to express the uniqueness of a place, to integrate stylistically various landscapes and areas, and to fit functional requests.

The first stage of riverfront improvement was realized in 2017, it includes a viewing platform with a canopy and an amphitheater on a staircase.

The amphitheater was designed for a quiet contemplation of nature, a dialogue with moving river flow, for small concerts and film screening in the open air.

The viewing platform includes a canopy with benches, reconstruction of railings and laying of paving slabs. The site sets the task for object to become a natural part of Divnogorsk riverfront with its pathos and the scale of nature. In our opinion, only functional architecture whose visual image has the qualities of the art-object is able to achieve this result. The canopy was created for this place using “ADM” structural building system. We aimed to design a shape suitable to the spirit of the place and emerging multiple associations. Different angles of perception of canopy cause different visual images from falcon hovering over the Yenisei River to butterfly wings, from the leaf of a plant to the flower bud, and at the same time the shape sounds in unison with the background of the mountains on the opposite bank of the river.

Renewed site attracts a lot of visitors both citizens and tourists. The objects won an award in the nomination “Design of urban environment” of the completion “ARCHIWOOD 2018” (Russian award for the best wooden building). 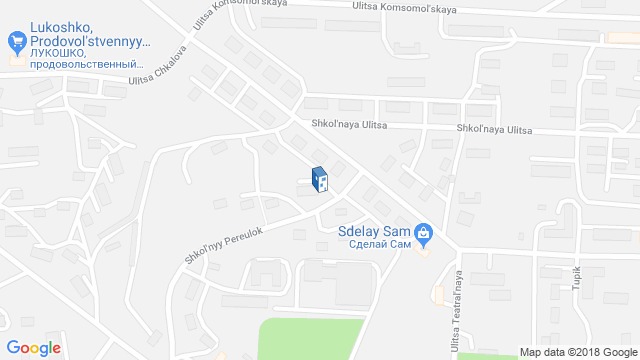 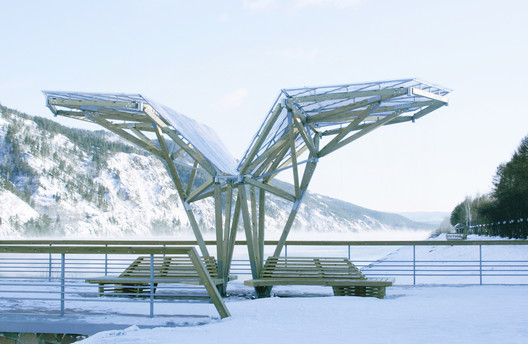