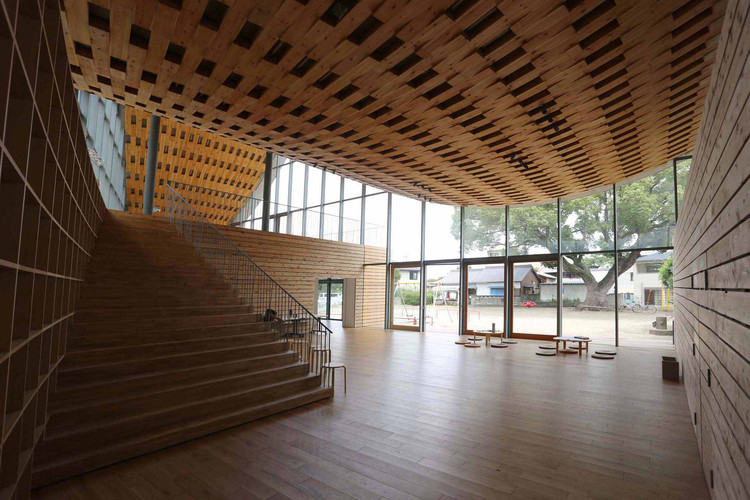 Text description provided by the architects. Terakoya for Natural Science
Chiryu city in Aichi Prefecture was the 39th of the Fifty-three post-towns of Tokaido. The site is along the old Tokaido Street where Honjin (officially appointed inn) was once positioned. It is fair to say that it is the center of the town in terms of local history. Based on such historical importance, a Chiryu-based global robot manufacturing company decided to purchase this ownerless land and make a facility for regional contribution.

The program is a complex of an afterschool(=Terakoya) that teaches natural science through scientific experiments in English, as well as a cafe with kitchen studio in which local people, especially mothers, are able to gather and relax. The client had an intention of displaying the way to internationally succeed through the skills of natural science to the local children, as their company has been achieving. To match the ambition, we built two pillars: one was to inherit historic context respecting the history of the site, while the other was to conform to the natural science on the ground of science experiment and robot technology background of the client.

Connect with local history
There are many remaining shrines and temples facing to the old Tokaido that create the calm neighborhood nearby. All of their layouts obey the following order: low-eaved gate facing the street, precinct which also works as a public space, and then large-eaved main building in the back. Following this, the gate part that houses a cafe and a staff room was positioned to face the street, then the hall that corresponds to a precinct, extending to the adjacent park (and the landscape of the big tree) and the large space housing classrooms in the back.

It is very common that when visiting an old shrine, the line of sight would be smoothly led to the sky through a big curved roof of the main temple after walking through the low gate into the precinct. Such experience is also reintroduced by reversing the spatial configuration of the roof to the ceiling warping upward. Moreover, the higher roof of the main volume can be seen beyond the one of low-rafter eave from the old Tokaido: it is the exact appearance of local temples.

Following the principle of natural science
On the other hand, the existence of this architecture is realized by the shape of the catenary curve defined by gravity - the most fundamental element in natural science. The tender roof like a timber cloth, which is supported by two parallel steel Torii-gate-shaped frames, covers the whole space creating an architecture for children gently. This timber fabric was weaved with a warp of short laminated European Red Pine sticks (Length: 1500mm, Width: 105mm) and woof of two steel rods(φ22mm) perforating them. Only tension occurs within the structure due to the property of the catenary curve, so this gentle and soft wooden roof frame enables to cover a large-span (up to 20m) pillarless space.

Simple principle, diverse phenomenon
The completed building acquires gentle atmosphere when looking from the old Tokaido, building up a peaceful historical street view together with the shrines and temples nearby. Meanwhile, it appears to be a pure geometric volume when looking from the adjacent park, displaying the principle of natural science that could be easily learned by children. Furthermore, when entering the interior, there is a tender and relaxed space for the children just like under a sheet. This kind of diverse phenomenon of architecture is not a collection of independent elements but is developed by one simple principle. We believe it would be able to get a timeless and universal strength by opening toward the regional diversity while still holding an intact principle as a backbone. (Masahiro Harada) 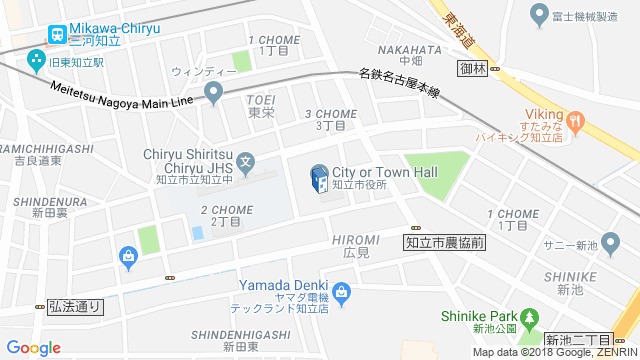 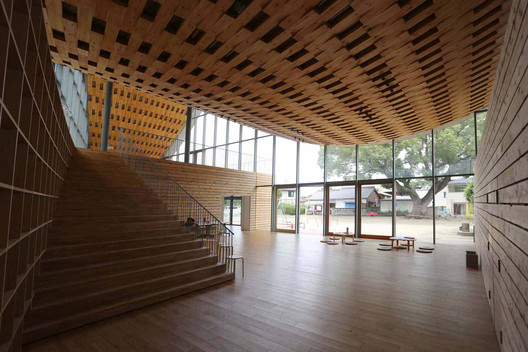