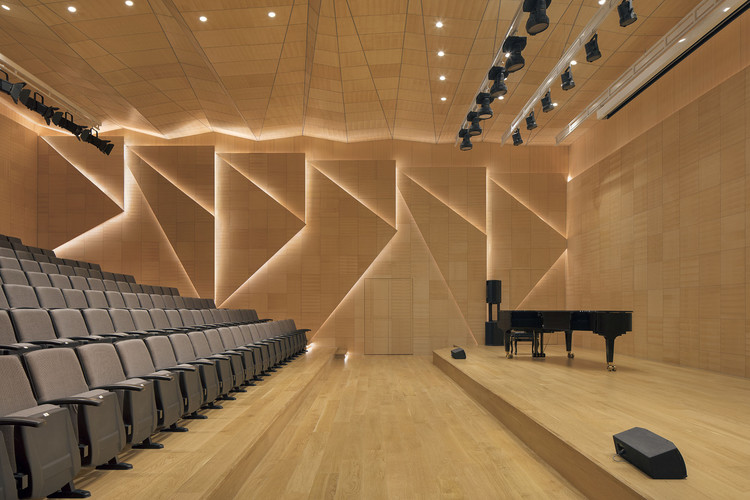 Text description provided by the architects. Penda China Office has recently completed the design for the renewal of the 80,000-square-meter Florence Culture and Art Exchange Center in Dalian, China. The former buildings includes a four-floor shopping mall, three 30-floor apartment buildings with one basement floor and an 8-floor art hotel. According to Dayong Sun, Dayong Sun, the project's chief architect, penda seeks to create a space that will allow "art to breathe new life into the dreary urban spaces," and to create a "new building identity while reconstructing the old spatial experiences, making the project a name card for the urban renewal."

The Phase I renewal project focuses on the four-floor shopping mall. For the purpose of urban renewal, the conventional commercial spaces are faced with both the transformation of trade mix in the long run and the upgrading of functions in the short run.

As reflection on art and business, the client brought in two renowned art training schools, Accademia d'Arte (ADA) and IL TRILLO music school to Dalian. Both schools are from Florence, the Italian art capital that is thousands miles away and boasts rich artistic heritage. Teachers from both schools were also invited to give lecture in Dalian, enabling the children in China to have the world’s top art education at their doorstep. This is of immeasurable significance for the children’s growth.

With the two top art schools becoming part of the project, the former commercial functions are totally abandoned and everything is unfolded centering on the theme of art. In the 4-floor building, musical instrument stores, painting material stores, galleries, etc are placed along the art street on F1 as both the supporting facilities for the schools and urban leisure space.  Picture book galleries, parent-child restaurants and art cafes are provided on F2 as recreation space of the accompanying parents. The main teaching and exhibition space of the ADA and the IL TRILLO, including art classrooms, music classrooms, artist studios, exhibition halls and concert hall are planned on F3 and F4.

The new trade mix generates new circulation demands. Firstly, separate circulation should be planned for parents waiting for children and children attending classes. Secondly, separate zoning should be provided for customers attending classes and those merely coming over for consultancy. Thirdly, fine art and music classrooms should be separated from each other, as fine art classes impose strict requirements for lighting while music classes for voice and sound insulation.

Fourthly, the separate circulations should be planned for teaching and public performance at the concert hall to ensure both the children's safety and professional performance. Last but not least, the circulations for teaching facilities on F1 and residents in the three apartment buildings should be separately planned to ensure the privacy of residents and the independence of teaching. To accommodate these new functional requirements, the former transparent commercial space on the same floor was in need of disruptive transformation.

We first locate the main entrance to the reception area of the schools at the west corner on F1, as this is the most prominent position on the triangular building geometry and the immediate outdoor plaza is ideal for hosting student recruitment events. Moreover, this location is relatively independent of other trades indoors, hence has minimal disturbance to the latter. Though it is the best location for lobby entrance, no connection to the upper floors is available here.

This is quite inconvenient for customer paying visits and children attending classes. To address this issue, we added two external elevators that directly connect the lobby and the classrooms while providing a resting area for parents inquiring about classes.

Conventional shopping malls always have atrium where escalators are available for customers. However, escalators are not safe for children in the art schools. Besides, atrium is not an efficient way to use space. Therefore, we canceled the previous escalators and planned a vertical stairway with steps of different width in the 4-floor atrium space. This way, this area not only functions for vertical transportation but also serves as a public resting space for the children during class breaks.

For art schools, space like this also means various potential opportunities such as exhibitions, picture reviews and gatherings, which are to be discovered and explored by the children themselves in the future. Besides, the daylighting here allows the sunshine flood into F1 and make the vertical green space possible. Most importantly, daylights at the top of the overhung space may take fresh air into the classrooms through natural ventilation and cut the energy demands.

The stairway not only facilitates the convenient communication between the teachers and students in the fine art classrooms, but also diversifies the facade of the building and adds identity to the building. In a triangular spatial pattern and ribbed structure, the stairway looks like a time travel tunnel along with the changing light and shadow effect in the building, and will become an inspiration for the children as wished by the architect.

Different from the open and daylight fine art classrooms, the music classrooms should be sound-insulated and separated. That's why they are divided into smaller rooms separated by walls made of good soundproof materials and structures. The doors and windows are made of  soundproof glass to ensure the best sound effects in the classrooms. Colored sound-absorbing panels are also used to absorb and reflect sounds in space and enhance the artistic effects.

The most challenging part of the entire project is actually the concert hall on F3. "I remember when I first met Ms. Maria, the principal of IL TRILLO music school, she was thinking of building a concert hall because at Christmas, the school would organize a show performed by the children for their parents. But she was very disappointed to find out that the floor was not high enough to do so."

"The look on her face is still fresh in my mind," Dayong Sun recalled. "After returning to the Beijing office, my team and I discussed many possibilities, and we finally came up with a crazy idea: can we remove two columns to connect through F3 and F4?" That's the question I asked the client in the second meeting.

After discussion, the client was taken aback but decided to give it a try despite of the extraordinary difficulties to provide the children with a first-class art hall. And then, the best local team of engineers was brought aboard. In the end, a cable-stayed joist was used and two columns and the floor slab of F3 were removed to create a 9-meter-tall concert hall with a professional recording studio.

The design team also engaged reputed sound and light consultant to ensure the flawless implementation of the design. When Principal Maria saw the gorgeous and stunning concert hall on her second visit, she was so touched that she was on the verge of tears. "This is even better than the concert hall of our school in Florence," she said and gave the thumbs up to the Client and designers.

"In my mind, design is artistic creation using technologies. Being able to help the clients realize their dreams is what I consider the proudest thing to do as an architect and designer." – Dayong Sun

The process of urban renewal is not just about the renewal of architectural space, but also about that of functionality and trade mix. Only new intervention means can inject new spaces and opportunities to urban lives. What the urban renewal boils down to is the insights of lifestyles. What matters is to find out the functionality and trade mix that most suit today's economic development and consumption patterns.

Specifically, the renewal of architectural space should not only cater for the needs of new functionality and trade mix, but more importantly, greet the old urban fabric with modern design language and aesthetics. Only then can we breathe new life into the otherwise rigid urban landscape. It's just like the Bilbao effect: A contemporary art gallery brought new developments and opportunities to a decaying industrial town. The design for Phase I of Florence (Dalian) Culture and Art Exchange Center was basically completed in less than a year, and has now officially opened to the public. The architect of the project is Penda China Office. 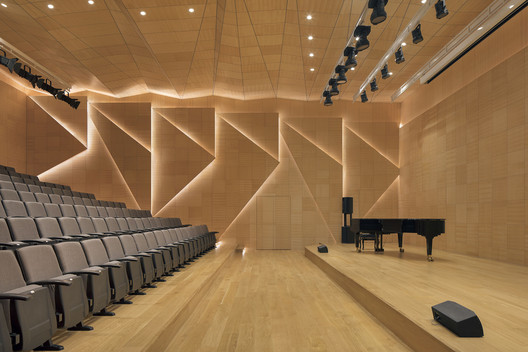