Chicago-based STLarchitects revealed their design for the former Chicago Spire site. The competition brief called for two towers: one supporting a mixture of apartments and condominiums and the other strictly for condominium use. Their design focused on "Chicago’s architectural character and essential virtues... thus iconic, innovative, and flexible. 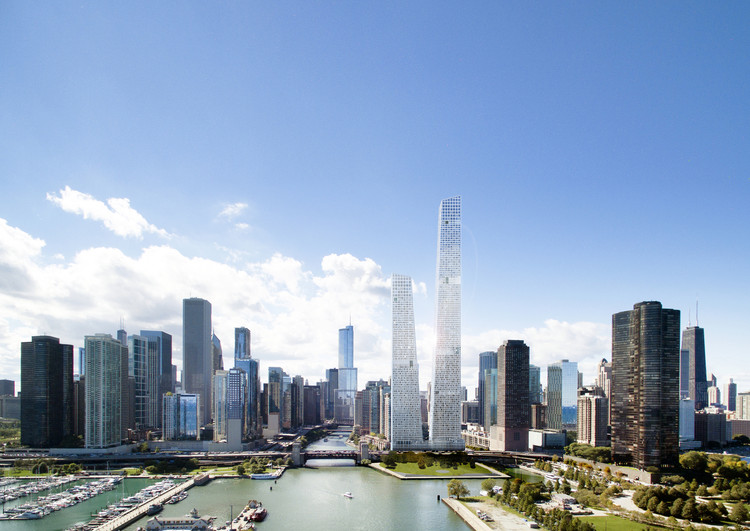 The site, located between the Chicago River and the Ogden Slip at the mouth of Lake Michigan, would feature two slim towers that taper towards the top. The separated towers would frame views of the city while also being identified as one, unified project contributing to the skyline.

The size of the building relative to the constraints of the site called for an innovative structural engineering solution that "takes  advantage of viscous  damper  technology  eliminating  the  need  for  tuned  mass  damping." Not only does this help reduce costs of the towers, but it also gives a greater structural stability which returns valuable real estate space at the top of the programs.

STLarchitects also considered the geometry of the floor plates to allow for a variety of unit typologies within each residential level. The façade is adaptable to this as well and enables different patterns and expressions of windows including framed, full glass window walls, or even a combination of both.