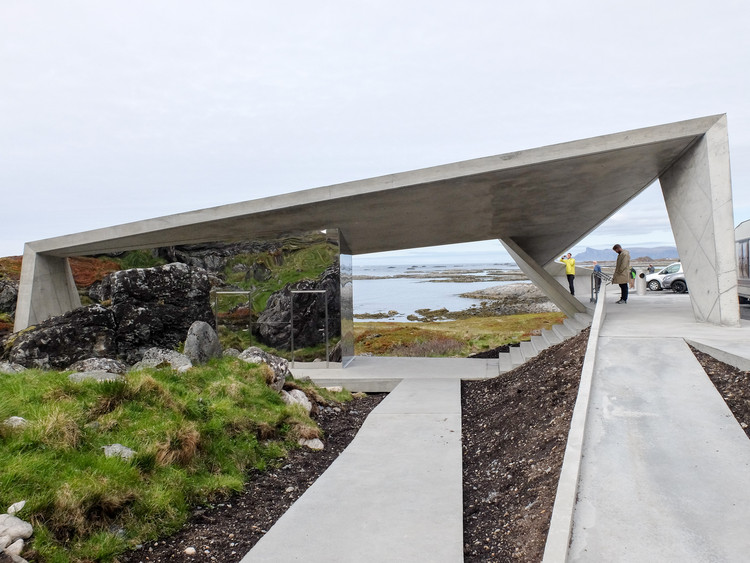 Text description provided by the architects. The site is located along the Norwegian Scenic Route Andøya in Northern Norway. Characteristic for the site is the rock formation of “Bukkekjerka” between the road and the sea; a protected Sami cultural monument where nature has carved out an altar and a pulpit. Over the last 50-60 years, this has been the venue of an annual open-air church service that attracts people from all over the district. In pre-Christian time this was a sacred site, where Sami people made offerings, to which the sacrificial cave on the seaside bears witness.

When we first came to the site we were struck by the beauty of the place, and by its diversity; a dramatic landscape where the fierce North Sea meets the shore and later steep mountains, Sami tales and monuments connected to different parts of the land, remnants of the old fishing community Børvågen, the old lighthouses towards east, and consecrated ground and unique geological formations to the south – all surrounding the rock formation known as “Bukkekjerka” - or “Bohkegeargi” in Sami.

We wanted to highlight these different places by introducing several and dispersed elements to the site. The facility, therefore, consists of different elements spread out in the landscape: Parking and service functions to the north, a bonfire by the shore, a free-standing seating bench on the mountain facing the midnight sun, picnic areas, paths, and a footbridge that shows the way out towards the lighthouses. Furthest south is a rest area on the consecrated ground. This part of the facility is planned to be used for an annual open-air church service as well as weddings and other gatherings.

The introduction of the various elements into the landscape help uncover the inherent qualities of the place. Our hope is that these elements are unveiled and experienced gradually, encouraging further exploration and experience of place. The elements are adapted to the existing terrain, not the other way around. We have wanted to proceed carefully, but also with a boldness that echoes the surrounding landscape.

The main architectural expression consists of folded concrete slabs, inspired by the jagged mountain peaks in the area. Variations within the same materiality arise from different functions, and in their encounter with different landscape situations. Our goal was that the project should appear more like landscape and sculptural elements, less like a building.

The service building with toilets has one-way mirror glass so that the visitor in private may enjoy the view over the open sea and the row of mountain peaks in the north. On the outside, the mirror glass windows reflect the magnificent landscape. The building otherwise consists of polished, acid-resistant steel that reflects the surroundings. The view from a vernacular Norwegian outhouse is in part the inspiration. At the same time, we are fascinated by mirroring as a phenomenon. The mirroring makes the built melt in with the surroundings, at the same time offering new and shifting experiences.

We are very happy now that we see the entire project finalized, and that the different elements have become as intended and designed. It has not been only easy. The site is remote, and weather conditions have at times been extremely harsh. A formidable effort has been done by all involved parties. It’s exciting to see how the project is received, especially by the local community. Andøya is a unique and distinctive place. Our hope is that the facility will be used again and again, by visitors and of course by local residents. 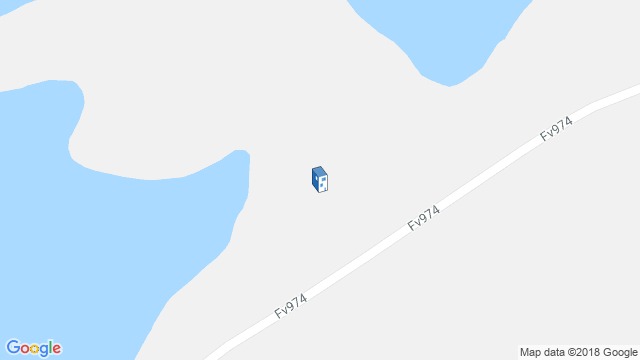 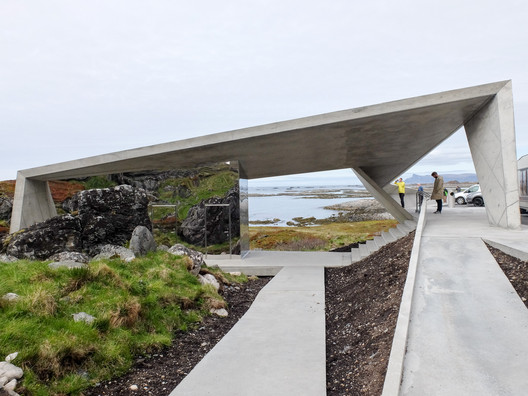