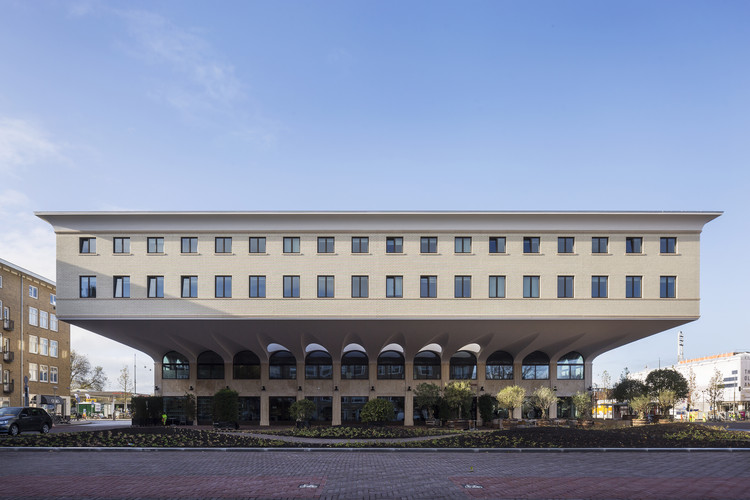 This text is taken from the recently published ‘Architecture in the Netherlands 2017/2018 yearbook’. The canopy with impressive overhang (a 16-metre cantilever supporting two floors) is the most eye-catching feature of the Zuidblok building on Amsterdam’s Stadionplein. The cantilever was originally proposed by OMA as a spatial solution to the impasse between the city council and local residents over whether or not to build on the square. The overhang has the merit of retaining the desired sight lines on the square while also giving locals a covered public space.

The floating canopy is out of character for Kollhoff Architecten, who see architecture as an expression of weight and stability. Here faux buttresses have been used to lend the structure a visual sense of weight and solidity. This in turn serves to emphasize the play of sight lines around the block. Zuidblok houses a broad-ranging culinary programme. It is a hotel and wine bar, café-restaurant and culinary training centre all in one. There are flexible workspaces and spaces for hire for parties and conferences.

The staircase between the restaurant and the training kitchen, running the full length of the car park ramp, doubles as a spacious, comfortable seating area. The roof garden, centrally located among the hotel apartments and visible from the square, is part of the concept: seasonal vegetables and herbs are grown here. The two parking ticket booths designed by Jan Wils as part of the Olympic Stadium ensemble, have been rebuilt by Kollhoff. Instead of selling tickets for the car park, they are now coffee bar and ice cream shop respectively. Nowadays, cars park underneath the building. 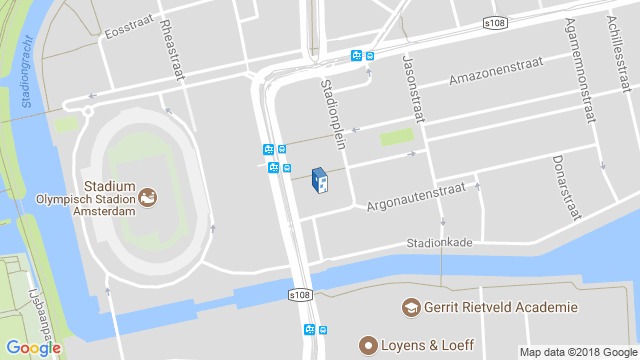 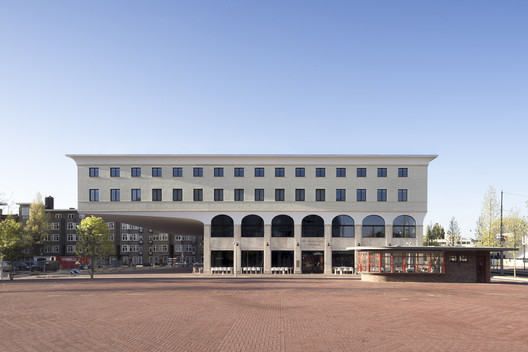 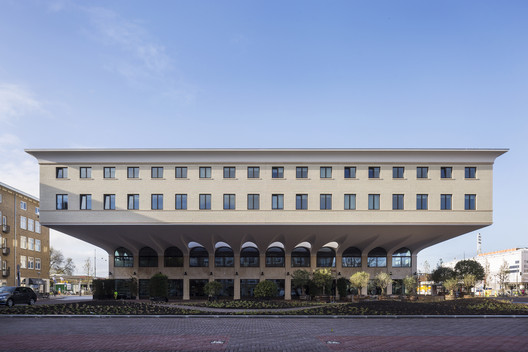