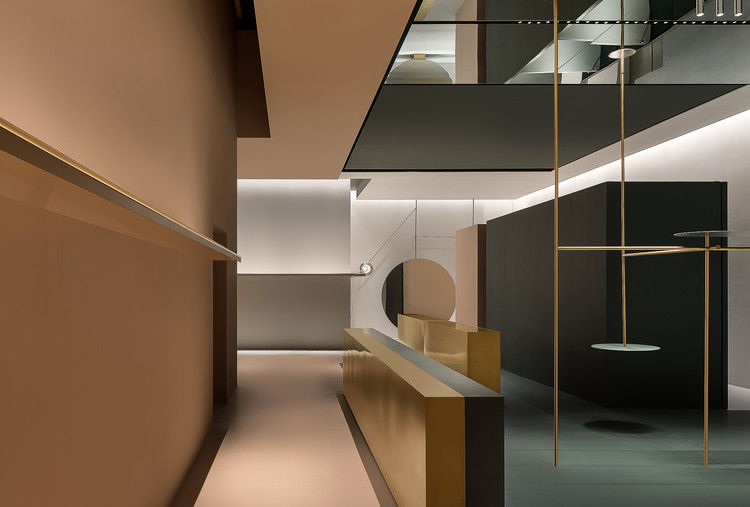 Text description provided by the architects. 1939, Pablo Picasso painted a surrealism and cubism work, Women’s head. In 2017, digital artist Omar Aqil transformed it into three-dimensional and redesigned it into installation art work, the interesting thing about this crossover is that the core of surrealism and cubism lies in the breakthrough of logical and orderly theory of present, emphasizing the instinct, the subconscious, the memory, exploring and believing that ‘absolute reality is the true consciousness beyond fact.’

Hundreds of years later, this untouchable image has been recreated in three-dimensional and physically present to audience. The complete representational form, material and even texture are frolicking in the form of a contemporary way to remind people that reality is hard to be detached.

In childhood, I was curious that why almost all versions of map are made up of four colors, when I asked mother, she told me that four color pallets can compose any complex combination without the same color link. So, it seems to be a mathematical game.

Later, it was learned that the principle of the four-color map is the famous puzzle of modern mathematics, ‘Four color guess’ ‘Four color Theorem’. In mathematics language is that “The planes are arbitrarily subdivided into areas that do not overlap, each region can always be marked with one of the four digits of 1234, without having the same number in two adjacent areas.”

I do not have the ability to solve this mathematical puzzle and its equation, but when a space plan appears in an overly complex form, four-color map from childhood was my first instinct.

I have listed two interesting elements, precious memories and outstanding contemporary art work. But when return to the project itself, the reality shackle and commercial purpose for designer is obvious.

We need to express two basic brand orientations of 1Wor (global designer brand buyer and affordable luxury) based on a rather compromised space and limited budget, wherever the space has to support a series of product display and related functions.

This is a fashion business platform that links global fashion designers to China market. In addition to the observation and interest of emerging fashion business model, our ambitious is to design a space to capture sights of trendy people of the city. They are a group of people of contradiction, strong consumerist, sensible, indifferent-ism, keen sense, self-centrism who needs prove themselves in life, warrior seeking beauty in adventure.So, I am sure they will enjoy something fresh.

Thus, we abandoned transitional logic of 2-dimensional business plan display, back to this wired angled space, the outline of space is used as the base of the design and generate circulation line by folding the plan to create a new two-dimensional sequence in space, from the sequence extend four-way in the space, then integrated four color map and color extraction and material decomposition from a installation art work, created a spatial design that seemed based on inspiration but actually based on logic creation.

In this scenario, wall color extended to floor and ceiling, created blocks that penetrate and break through the space, mirror represents vanish, the top view is composed by mirror reflection of ceiling plan and shelve system, the control that can be controlled, the organization that can be organized, and the existence of uncontrolled and unstructured part lies randomly in the space may be the most reasonable way of procedure.Shelves and main prop are firmed orthogonal geometry, composed by round, rectangular and distinct lines, and they were organized in a slightly skewed shape, also with a bit teased statement mirror in the changing room, I was delighted to immerse myself to the blurred space which is composed by distinct logic. It is similar to us, simple with complex, ration with indulge, boundaries with combination. 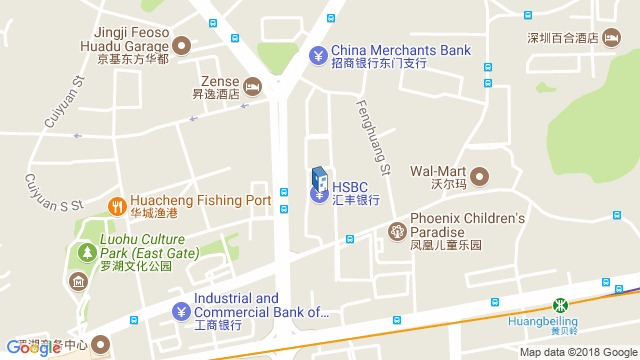 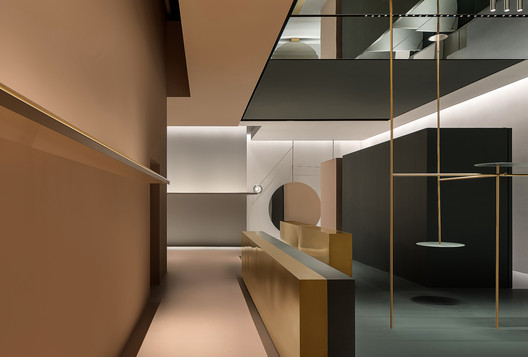