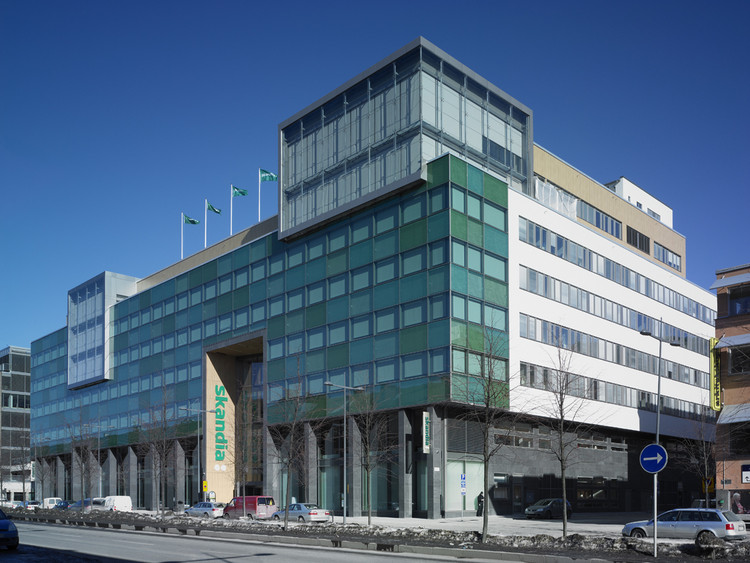 Text description provided by the architects. Skandia's new headquarters is located in an expanding part of central Stockholm. It establishes many companies, many new homes being built and its status is increasing rapidly. The building is located on a property where it originally was a very run down office building that was difficult to develop according to modern standards. The property owner chose to demolish and build a new office building for maximum flexibility and economy.

In conjunction with the Skandia is currently several office buildings from the early 2000s with predominantly glazed facades. Our goal was to connect to the aesthetic, but with higher energy-efficiency and comfort for those who would work here. The choice fell on precast concrete, which then were plastered or covered with stone and glass.

The Glass facade, facing Lindhagensgatan, has a screen print with a textile linen texture. The glass is mounted outside of the rough concrete. The effect is significantly three-dimensional. Other materials in the facade is black granite panels of laminated wood and white plaster.

The interior of the building is organized around a large glazed atrium. In the atrium facing meeting room and communications assets. In this way the workplace is separated from the sound and feel calm and almost library-like.

The ground floor is occupied by a meeting and conference venue with many varied meeting rooms and a large auditorium for 200 guests. A building with so many people in the function almost as a city and we have also planned the layout like that. With streets, squares and meeting places. The auditorium is as the town hall in the village.

The office floor plans has an extremely efficient layout with plenty of rooms for meetings and project work. There are som separate office rooms but most emplyees work in landscapes.

The building, which is rated "Green Building", was introduced in spring 2010. 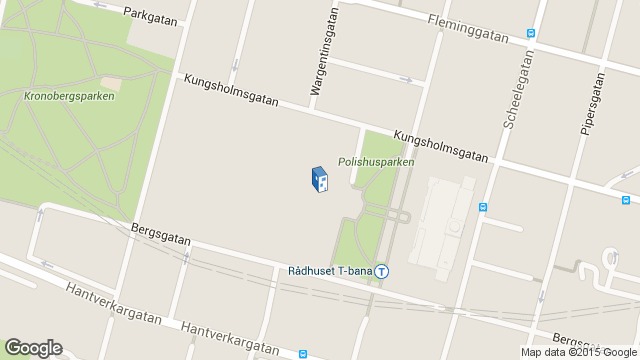 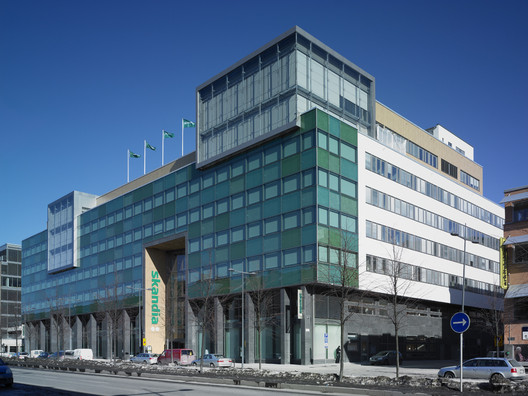