The John F. Kennedy Center for Performing Arts has released new photographs as construction continues on the Steven Holl Architects-designed expansion project in Washington DC. Due to open in September 2019, the REACH expansion project aims to “provide artists and visitors new and wide-ranging opportunities to fully interact and engage with the Center.”

The project features 72,000 square feet of interior space across a 4.6-acre site, resulting in a 20% increase in public areas, and a doubling of outdoor space. 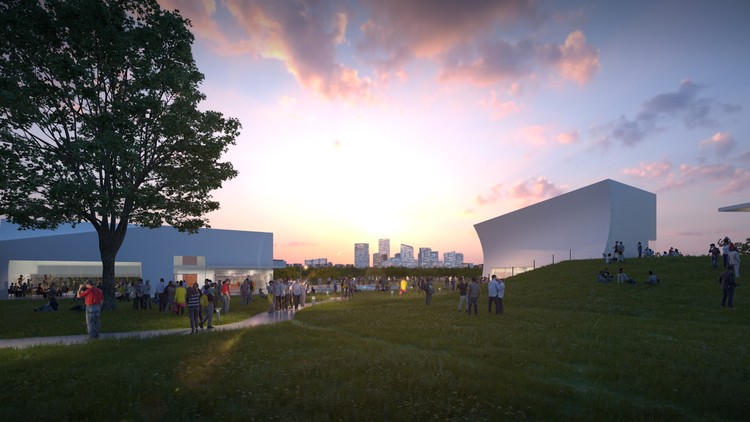 The expansion sees the construction of three interconnected pavilions featuring floor-to-ceiling windows, hosting eleven highly-flexible spaces for art, performance, and classes. Landscaping additions include 130,000 square feet of gardens with lawns for art installations, performance, and recreation, while a pedestrian bridge will link the site to the National Mall and other presidential memorials.

Envisioned as a complement to, and extension of, the Kennedy Center’s mission, the REACH will support both artistic and educational programming, with a strong emphasis on supporting artists, new works, and artistic development for artists at all levels. With its open and interconnected design, the REACH unique design offers unprecedented public access to rehearsals and works-in-progress and provides much-needed rehearsal and classroom space for new and existing Kennedy Center programs.
-Kennedy Center Press Release

Following a four-year construction process beginning with Vice-President Biden's groundbreaking ceremony in 2014, the scheme is due to open in September 2019.

News via: The John F. Kennedy Center for Performing Arts 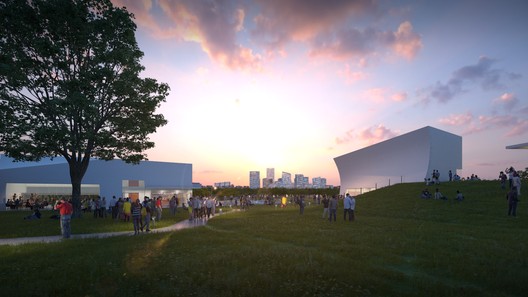