According to the office, "The challenge of covering a stadium of these dimensions becomes an opportunity to make the roof the element that defines the image of the building. A large self-supporting roof of cables and tensioned membranes is proposed, which do not need other auxiliary elements and of which weight is lower than other types of solutions. The bowl of spectators is buried 15 meters, and is surrounded by a topography that organizes the accesses in different levels according to the type of spectator." 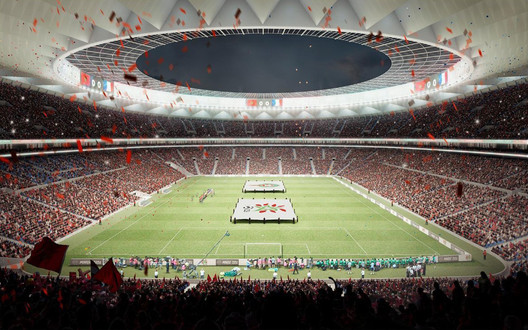