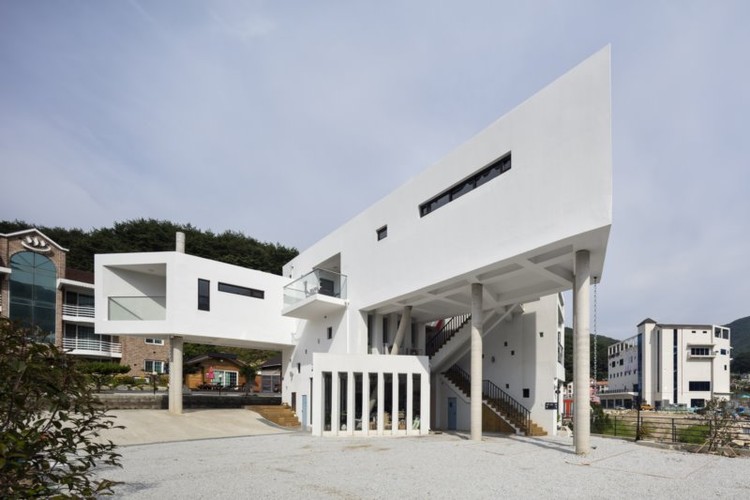 Text description provided by the architects. The space has taken shape after the land. Those who live their lives among the bustle of hundreds or thousands of people each day, come to this place in search of rest or healing. The spaces of Dada Pension, taking after the site, are made to be independent but unable to exist separately. Dada Pension, which has a somewhat complicated circulation between spaces, is planned so that people can escape from the city and find calm, separate themselves from other people, or connect with people who are similar to themselves.

Muju Pension Dada is located in the center of the village that is located on the way to Muju Resort. The site is narrow, long and wide; it is crooked in an unusual shape and faces the road in a unique way. This type of thing makes the client, who purchased the land, uneasy. It is clear that if the building is not pushed into the long and narrow gap, a somewhat ragged-shaped parking space will make the building shabby and complicate the outside space.

What pressured the client, even more, was that he had contemplated the immense impact of external space on a particular facility that is a pension and the question of how to solve it on this difficultly shaped site. Therefore, in order to actively utilize a corner of the elongated site, which had been troubling the client even before the design commission, we carried out the design by filling the spaces in the gap.

The pension is largely composed of spaces for couples, families, and a tea ceremony room. Each room is independent but laid out in consideration of the manager's circulation and the expansion space of the guestrooms. Though the name of the pension Dada (茶茶) gives a somewhat refreshing impression, through the characters which mean tea (茶) and teacup (茶), it deeply reflects the intention of the male owner who enjoys tea. Even its name resembles the land and space, creating a cozy space. 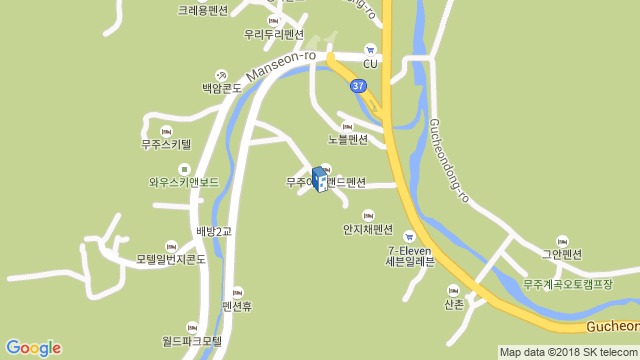