Text description provided by the architects. Naiipa (Literally means ‘Deep in the Forest’) is a mixed use project consisted of an Art Gallery, Sound Recording Studio, Dance Studio, Restaurants, Coffee Shops, and Office Spaces. It is located on Sukhumvit 46, a small street that connects Rama 4 road to Phrakanong BTS Station on Sukhumvit road. The project is named after the concept of concealing the architecture in the forest as the vision of greenery is expanded by using reflective glass all around.

Upon arrival, visitors are greeted with the project’s main feature and driving force in design, a groups of large, pre-existing trees in its center. From the very beginning, the goal of Naiipa has been to create architecture that seamlessly co-exist with the trees, providing a peaceful and inspiring art community for both its occupants and visitors.

In order to fulfill the 2,000-square-meter office and retail programmatic requirement of the project, the main functions are divided into two to main masses which bounded the site, leaving the main tree courtyard as a free open space.  Building A was designed to be an elongated 2-story horizontal building, allowing sunlight to reach the existing Pink Trumpet Tree, preserving its growth while creating an atmospheric courtyard for the building’s occupant.  To contrast the horizontal form of Building A, Building B is a vertically orientated 4-story building.  The two main masses are then connected together by multi-level sculptural terraces that intertwine itself between the existing trees, leaving all the trees untouched.

The structural design for the project was also executed in respect and consideration to the existing trees.  The two main buildings are constructed with typical concrete structure in order to maintain the structural integrity of the function areas.  Meanwhile, in the central open space area where the trees mostly congregate, steel structures were introduced.  The shift in structural system is due to the building’s close proximity to the greenery, where the use of mortar could damage the existing trees, thus by using steel structure, the risk of contamination is reduced.  In addition, steel structure provides more flexibility in navigating the construction around the expanding tree branches.

Three different types of glazing: reflective, translucent, and transparent, along with the rhythmic folding pattern of the façade, are utilized to link the architecture to the surrounding urban context conditions, as it gradually transforms the architecture and finally vanishes into nature.  The east façade, which faces the street, is a translucent double façade, helping to filter and reduce heat flowing into the building.  Furthermore, as the translucent façade moves towards the entrance, its smooth surface begins to fold, alluding to the forest within, as the pattern mimics the dancing shadows casted by sunlight as it filters through the tree canopies.  Once inside, the inner architectural façade and the floating “Bird Nest” Gallery cladded in reflective glass seems to dissolve and disappear amongst the trees.  It is this effect of being completely surrounded by trees that which evokes the feeling of truly being Naiipa. 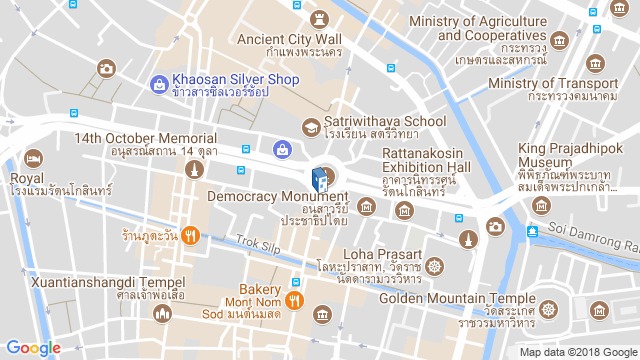 Location to be used only as a reference. It could indicate city/country but not exact address.
Share
Or
Copy
About this office
Stu/D/O Architects
Office
••• 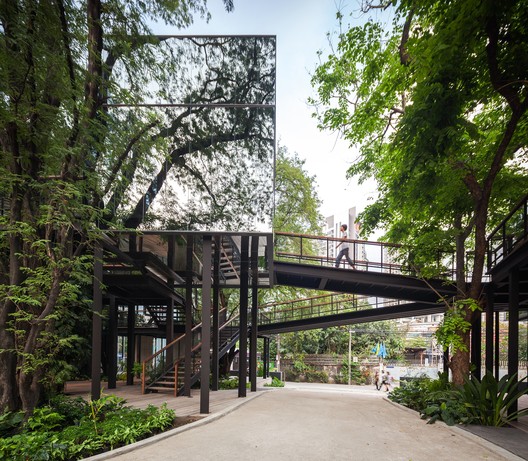