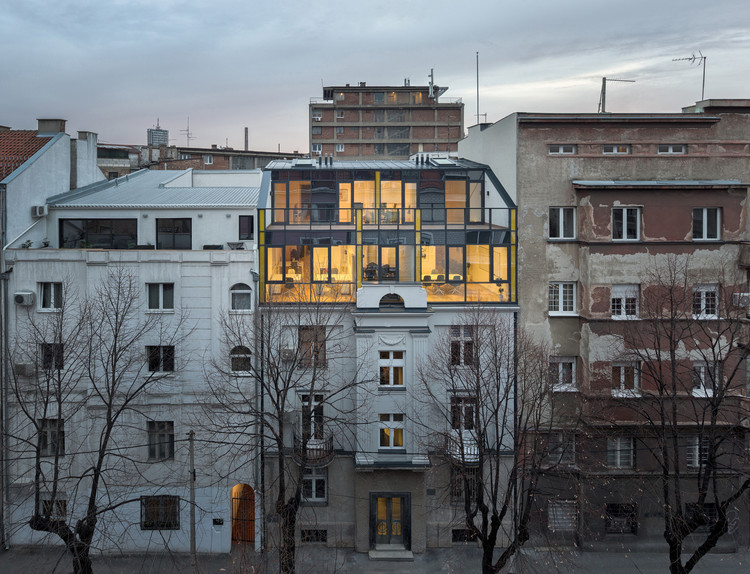 The glass facade of the new part has a foothold in functional reasons-more precisely in the introduction of daylight into projected spaces, since the building is limited in terms of receiving natural light due to its pronounced northern orientation, elongated forms on the plot and blindside walls common for a compact city block. Glass facade also achieved that interior space of new volume gets much more natural light and looks much more optimistic than the lower, masonry built floors.

By introducing the glass wall curtain on the street façade, the principle of erasing the interior and exterior boundaries and dematerialization of the new volume has been also achieved. The segments of the façade from the yellow painted glass were introduced to revive and refresh the glass surface of the new volume, as well as to make a visual connection with some elements of the old facade.

The reflection of street greenery on the new glass façade creates different visual effects, which are changing all the time depending on the period of the year and from weather conditions. The additional quality of the interior space is provided by the zenithal light achieved through the roof windows, which through the glass floor of the upper level reach all to the lower level of duplexes and visually increases the volume of space.

The interior space is conceived to have a multipurpose use. Currently, duplexes have a business purpose, but they have such an organization that it could easily be transformed into classic apartments. The lower levels of duplexes are designed as continuous spaces. At the bottom of each of them, colorful space accent with a look of "blue capsule" for service functions are located. The upper levels are organized as a more intimate space, with separate rooms connected all through a corridor with a spacious street terrace. 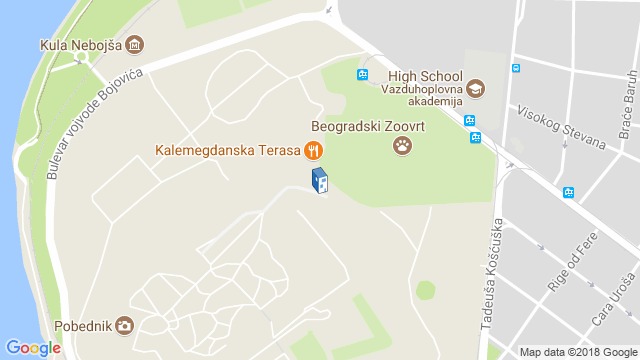 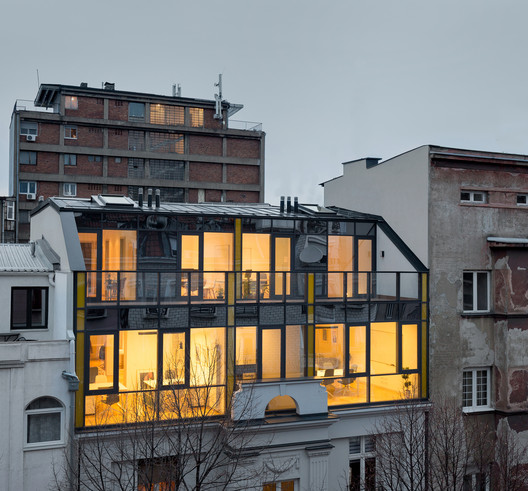 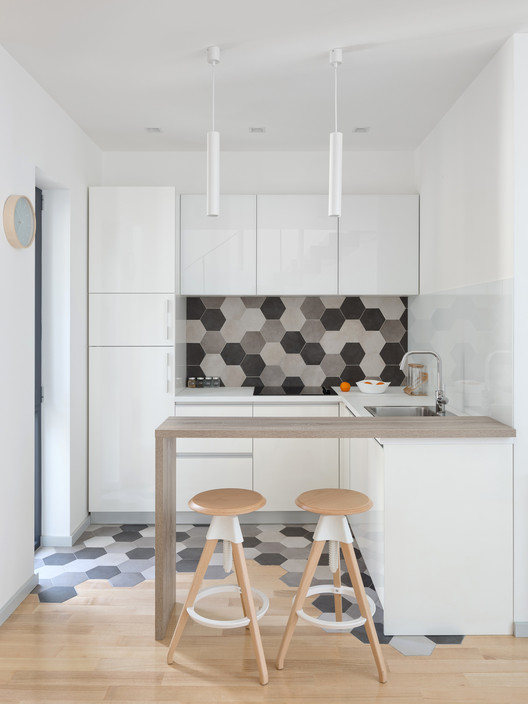 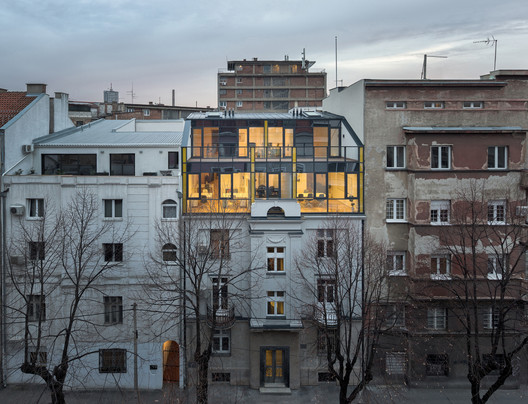