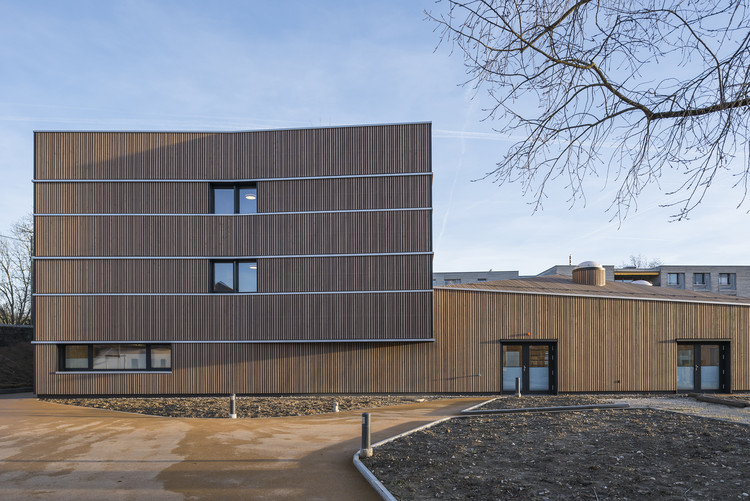 Text description provided by the architects. In 2014, the Aigues-Vertes Foundation launched an architectural competition for the design of a new multifunctional building. The premises program included mainly the following activities:
-  a multi-purpose hall for the entire community of the Aigues-Vertes village;
-  activity and meeting rooms;
-  a senior center that can accommodate people requiring medical supervision;
-  new outdoor facilities in relation to the new building.

At the end of the judicial procedure of the received proposals, the jury decided chose 3BM3 Atelier d’Architecture’s project for the attribution of the 1st prize and recommended it to the owner to continue on the project for the studies phase.

The premises program is organized in a single building that is designed to accommodate disparate functions such as treatment units for people requiring medical supervision or a multi-purpose room or workshops.

The functions interlock one another but in a clear and effective way in order to minimize vertical and horizontal circulation. These are also accessible from all levels of connections of the existing site. 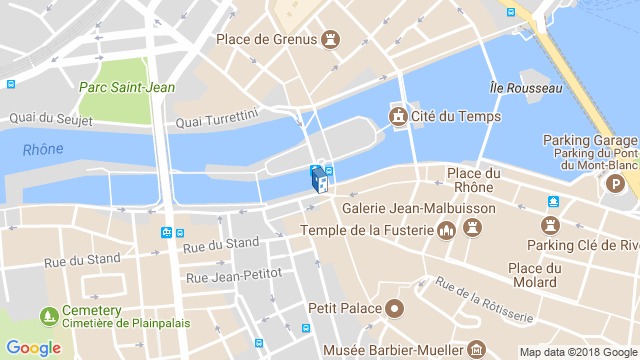 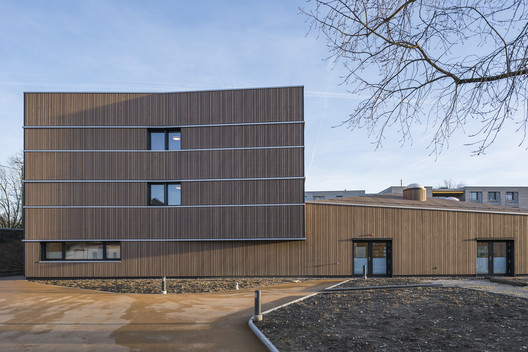