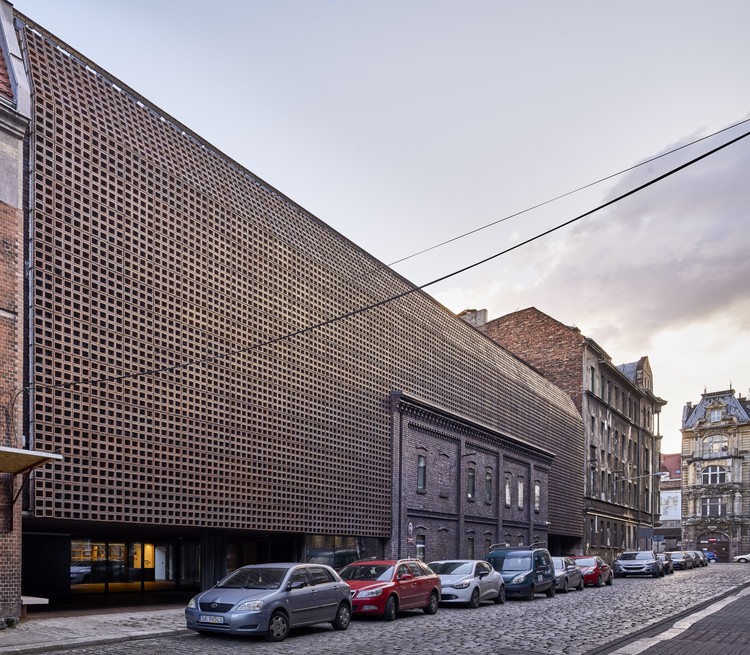 Text description provided by the architects. The project designed by two architecture practices – BAAS architects from Barcelona and Grupa 5 Architekci, won the first award in the competition for the Radio and Television Faculty of Silesia University in Katowice. The building permit project and construction project was done by: BAAS architects, Grupa 5 Architekci and Małeccy Biuro Projektowe from Katowice.

The biggest part of the usable area is located in the volume from Pawła street, which gave the possibility of making inner part of the building much lower and better fitted in the scale of existing buildings.The contemporary sensitivity obliged us to retain the existing building and accommodate it into the design. This gives the continuity of the city urban fabric.

The new facade is made from the same brickwork as the existing. This gives the visual connection with the existing building.
The openwork brickwork gives an abstract and unique character to the space. On the upper storeys wall filtrates the light which enters the building and creates an atmosphere of silence and concentration in the visually isolated inner space. The main entrance to the building visible in this space seems chiselled out from the main volume. The glazed entrance lobby connects the street with the existing building converted into the library and with the inner part of the new structure. The main entrance gives possibility of circulation around the atrium and connection between the floors.

Clear connection between the building’s main entrance and the inner patio helps to bring the external street space into the building and the university to the outside.

The new Silesia University's Radio and TV department is located on a vacant plot, inserted in a consolidated area of Katowice. The plot, mainly empty, contains an abandoned building which the client initially planned to demolish.

The project preserves this existing building, and adds an extension to it while protecting the character of the old; it also includes a lower height building occupying the interior block area which confers to the central courtyard the intervention's prominence.

Our design aims to be sensitive with the existing building aesthetics and takes advantage of its materiality and visual values by building on top of it an abstract volume made out of a brick latticework, which follows the neighbour's section.

The new building fills up the whole plot and at the same time hollows a central courtyard, becoming this, the key element for all the social activities taking place around the studios and lecture rooms at the new university department.

The Authors’ aim was not to create an iconic structure, but to complement a particular fragment of the city. They needed to analyse what already existed, discover why it was so special and then lend it a unique atmosphere and personality. In this case new architecture was supposed to become a background that would naturally add a finishing touch to the already existing urban space.

The building fills the block and the frontage of St. Paul’s Street in Katowice, matching the surrounding tenement houses in their bulk. Its trimmings and colour have been modelled on the example of humble Silesian multi-family coalminers housing located in the same plot, whose demolition had been suggested within the conditions of the architectural competition. Basic design assumption included the preservation and integration of the remaining building into a newly-designed edifice of the Faculty of Radio and Television in Katowice. Its new façade has been subtly embedded into the street’s frontage by reiterating the shape of the neighbouring garret and designed using similar ceramics to that in the older building, thus retaining the link with the ancient building materials.

The façades made up of hundreds of small openwork ceramic profiles constitute the very essence of the design’s main idea, namely a modern European interpretation of the unique character of traditional Silesian housing. External openwork serves as a kind of a “net curtain” – a screen that has been put onto the building. This is an offshoot of the Iberian approach to the façade design understood mainly as a veneer – a way of protecting buildings from the sun. Here, this idea has been translated into the poetics of local architecture, reality and ambience. As a result, details of the façade had been evolving throughout the designing process. Competition visualizations showed bricks laid alternately with empty spaces. At the designing stage a decision was made to use perforated profiles – ceramic blocks that would let through more sunlight.

Ceramics is consistently present in almost all parts of the building, not just in the façades, but mostly inside, constituting the basic stylistic connection. Bricks had been burned at different periods, in one of the last coal-fuelled kilns in Europe, nuanced with dark sintering and slightly diverse colouring. The ceramic texture penetrates deep into the university’s interior, creating  a singular atmosphere and lighting. The openwork brick wall affords a uniquely abstract space. The light that illuminates all the structural perforations seeps through the TV-like ceramic blocks, creating different effects at different times of day, projecting square reflexes on the walls of neighbouring buildings. It floods the main courtyard, while providing almost meditative tranquillity in the rooms overlooking the street. A filmmaker or a photographer should experience strong vibrations of light-generated emotions there that would subliminally help educate students, inspire them and develop their sensitivity.

A clear connection between the area at the entrance to the building and the internal patio causes the street to fuse into the building and the university to go out into the street. The main entrance also serves as the gateway directing traffic around the atrium and between the floors. The internal patio sits next to the backyards and extensions of the old tenement houses, making them public and accessible. The linear stairway visible from the patio traverses the whole height of the building, offering students areas to meet up after classes. Thanks to the clarity of its design all movement can be observed from the patio, as if one was looking at a film set with filled with extras.

The biggest challenge for the designers was acknowledging the beauty of the damaged ancient fabric, a silent witness of its history, and inviting it to co-create new space, be it through its incorporation into the new building or opening up the views and glazed surfaces towards interior courtyards and outhouses of the neighbouring buildings. 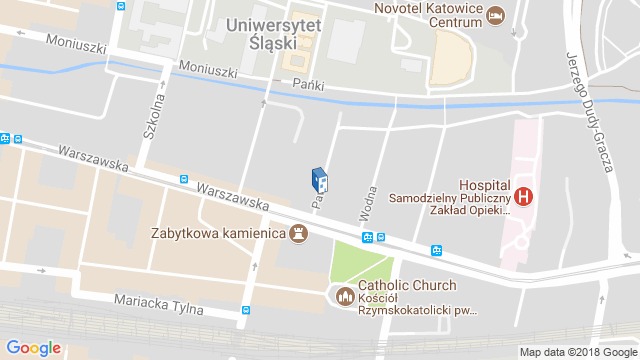 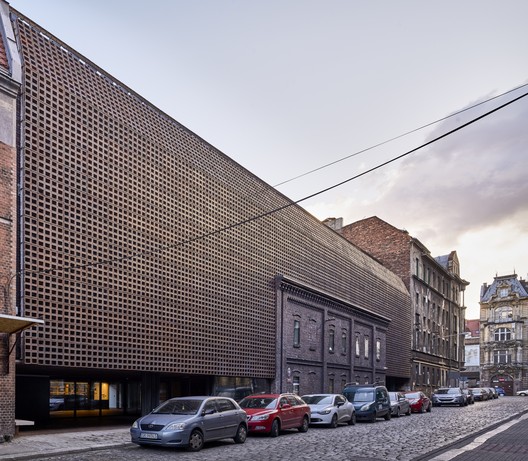