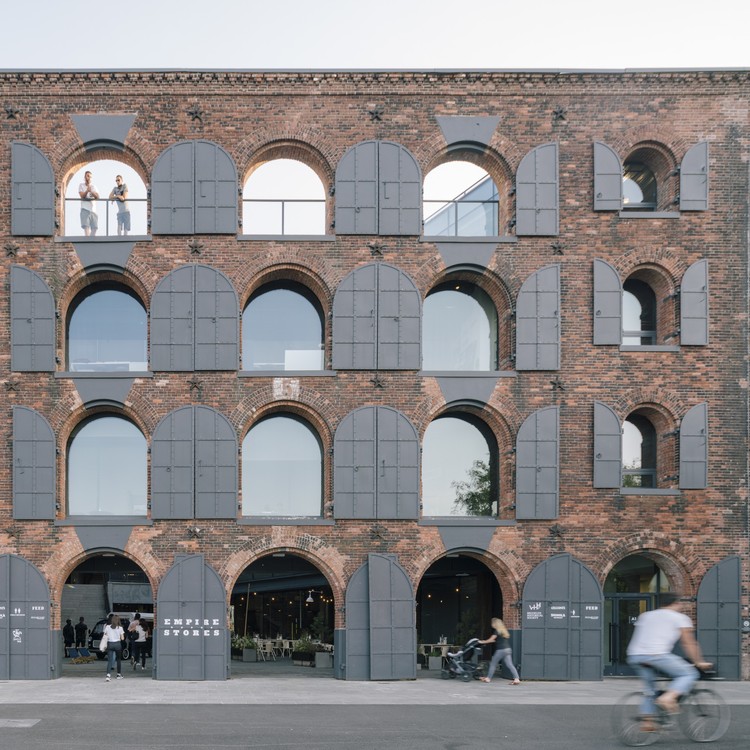 Text description provided by the architects. Empire Stores is emblematic of Brooklyn’s transformation from lapsed industrial powerhouse into a growing creative sector. This award-winning mixed-use development reimagines a vacant, 19th century warehouse on the DUMBO waterfront as a contemporary creative workplace and community hub. The conversion of this 450,000sf complex provides Brooklyn’s burgeoning Tech Triangle with much-needed office space, and brings retail, dining, public space, and exhibition galleries to the neighborhood. The campaign of adaptive re-use celebrates and preserves the building’s monumental presence on the waterfront, while improving circulation between DUMBO’s urban fabric and the 85-acre Brooklyn Bridge Park.

Architectural intervention transformed this massive building, once a barrier standing between the neighborhood and the park, into a public portal that reconnects the two zones. A passageway carved out of the masonry structure creates a pedestrian conduit between Water Street and the waterfront. A four-story, open-air courtyard excavated from within the center of the building serves as an immersive public space for building tenants, community members, and park visitors. Glass curtain walls line the courtyard, blending the contemporary and the historic to make visible the building’s striations: shopping and a public food court at grade, galleries for the Brooklyn Historical Society on the second floor, and multiple floors of open office space above.

By adapting the rooftop into a landscaped public terrace accessible from the courtyard, Brooklyn Bridge Park is extended into the building organically. This 7,000sf space that offers iconic views of the bridges and the Manhattan skyline augments the park’s recreational facilities with a restaurant and beer garden.

The reanimated complex features 380,000sf of creative office space over five floors, including a two-story contemporary addition on the roof. Retail and restaurants constitute 70,000sf on the ground floor with 3,000sf of exhibition space on the second floor. 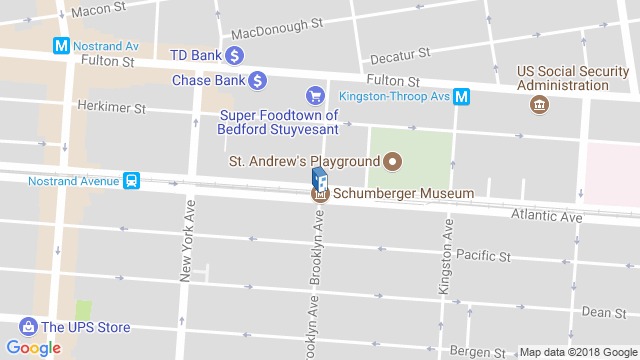 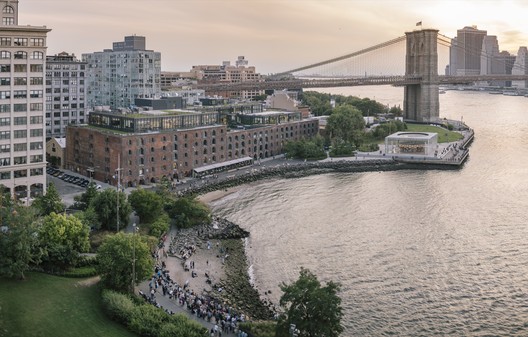 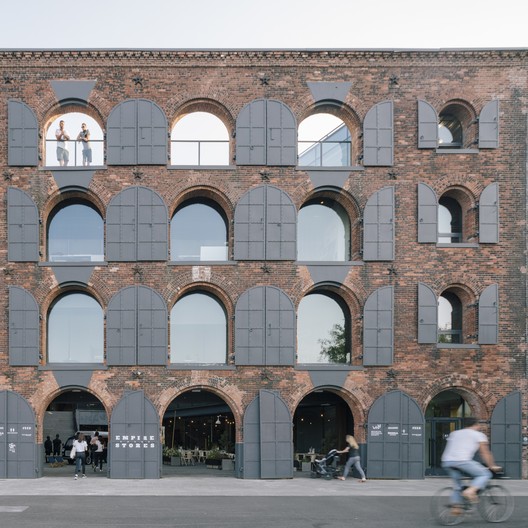