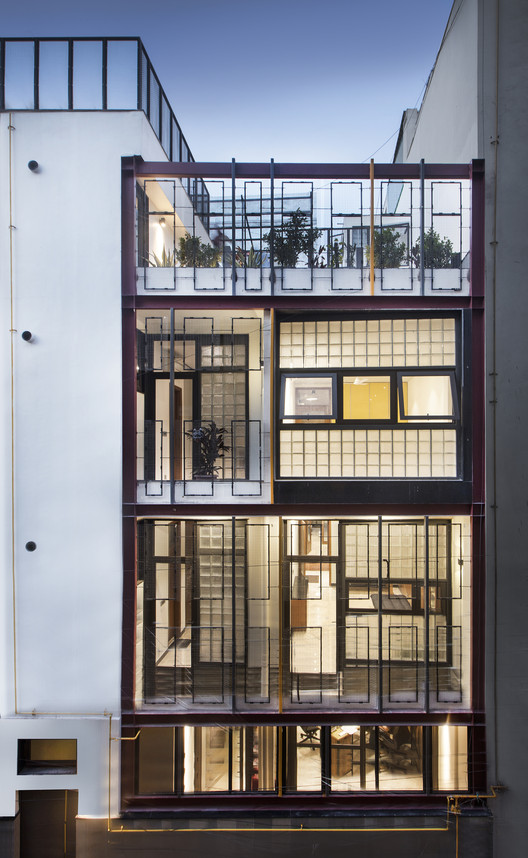 Text description provided by the architects. The project entailed altering a 1970's structure to accommodate the client's current functional / programmatic requirements. The building is a generational home belonging to a single family. This led to a mixed-use development for the site which incorporates a lawyer's office, a dentist clinic and a residence for on-site staff. The terrace is conceived as a public space for the occupants as well as the city beyond.

The renovation project can be described as an urban excavation, where the mass was carved to create space and bring in light. The excavation process revealed the underlying structure of the building which allowed us to insert a lighter steel frame to create the desired openings to maximize daylight. The sense of excavation was further enhanced through the sculpting of ceiling which evoke memories of historical buildings.

The facade is a system of layers that creates an expanded threshold condition. An existing dried up water - well was excavated on-site to be used as a library. This was the conceptual driver for the project to express a vertical axis that culminated in a light box. This was a metaphor for connecting the earth and the sun. The axis also became the organizing  principle for laying out the program. The spaces in front are public where as those towards the rear serve private functions.

Each space has a different character even though they share a similar material palette of stone, wood, steel and glass blocks. The project involved working directly with local craftsmen and resolving details on-site which evolved through the process of construction.

This project is reflective of the true nature of urban design for a developing country like India which incorporates bringing together the public and the private. 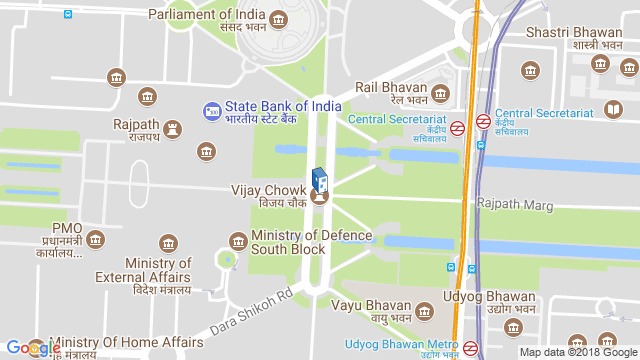