Text description provided by the architects. Moravské Náměstí is a busy square in the centre of Brno. As it lies right on the Brno ring road (boulevard), thousands of people walk and drive through it every day. Few of them, however, realize the historical complexity of the spacious area, which used to be part of the fortification system of the city. The last chapter of its history was written last summer when the square was temporarily adjusted to suit the needs of a multigenre festival Meeting Brno. The major theme of the festival was the idea of European unity, currently greatly endangered by populism and radicalization within the society. The festival's main motto – Unity in Diversity – paraphrases the official motto of the European Union and its physical manifestation was designed by the Brno architecture studio Chybik+Kristof. The installation sought to commemorate particular historical milestones as well as demonstrate unexpected connections with an objective to induce the desire for solidarity and unity, call for tolerance and initiate a debate about contemporary socio-political issues.

The history of the square
In 1243, Brno was granted the right to establish a fortification system along its edges. As a result, the city was never seized, its fortification system including a city moat with bastions. Industrial revolution meant that the city walls ceased to play a part in the defence of the city in the mid-1700s. This resulted in their being substituted by a ring road inspired by the Ringstraße in Vienna, one that would soon become a vibrant centre of Brno social life. One of the significant parts of the ring road was the park at Moravské náměstí in the centre of which a German House, complemented by a sculpture group depicting the emperor Joseph II, was built between 1890 and 1891. The German House served as a cultural centre for German speaking residents of Brno and later on, i.e. during the Second World War and the German occupation of Czechoslovakia, as a Brno Nazi centre. The monument was removed in 1919, that is shortly after the new sovereign state of Czechoslovakia had formed, while the German House, a symbol of Brno Germans, was taken down after the end of the Second World War.

Subsequently, the open space in front of the torso of the building was turned into a park and became a memorial site where fallen Red Army soldiers were buried for a short period of time. Simultaneously, the foundation stone of a new Thomas Garrigue Masaryk Memorial was laid here although the memorial, which was to commemorate the first Czechoslovak president, was never finished. In 1968, Czechoslovakia was occupied by the Warsaw Treaty forces, which resulted in solidification of socialism in the country. Moravské náměstí was transformed to fit the ideology of the time – a five-pointed fountain resembling the Red Star, one of the symbols of communism, was installed in its centre and a sculptural group by the communist sculptor Miloš Axman was erected behind. After the Velvet Revolution of 1989, an event that brought substantial social and political changes, only the pool remained. As a result, the square transformed from a cultural centre into a mere connecting place where streets converge. In 2016, a public architecture competition was held with an objective to find the most suitable way to revitalize the area for the purposes of recreation.

Summer 2017
The assignment for 2017 was to create a summer pavilion that included a stage, bar, beer terrace, and outdoor gallery with necessary facilities. The task was to create a pavilion that would become a lively urban scene under the open sky where various genres and types of culture mingle with social events and a gastronomic program.

The pavilion penned by Ondřej Chybík and Michal Krištof was based on the schematic diagram of the floor plan of the German House. It made use of a 78 metres long, 39 metres wide and 18.5 metres high construction made of scaffolding tubes of a total weight of 50 tonnes. The facade sign proudly communicated, in the languages of all the nations that were represented at the square, the main motto of the festival – Unity in Diversity. The central part of the pavilion served as a stage, its right wing hosted a bar and a beer terrace, and the left wing was dedicated to an outdoor gallery with an artwork exposition. A red star painted on the pavement dominated the central area while an artistic reference to the communist sculptural group was supplied by the sculptor Pavel Karous. Concrete pyramids were installed in the main axis of the square leading towards the city centre to commemorate fallen Red Army soldiers. The oldest, long-forgotten historical layer of the square, the medieval city walls, was transformed into a simple fence and there were also information boards describing individual fragments.

Moravské Náměstí as a manifesto of Czech history
The installation commemorated particular historical layers, cultures, and nationalities whose imprints are retained in the history of the city of Brno and the whole Czech lands. They document dramatic social changes that initiated a majority of transformations of the square area. One could argue, with slight exaggeration, Moravské Náměstí is a hidden manifesto of our history that illustrates cultural diversity that has always been and will be, present. 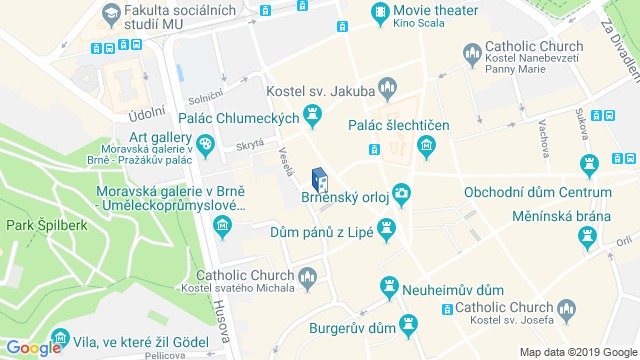 Location to be used only as a reference. It could indicate city/country but not exact address.
Share
Or
Copy
About this office
CHYBIK + KRISTOF
Office
••• 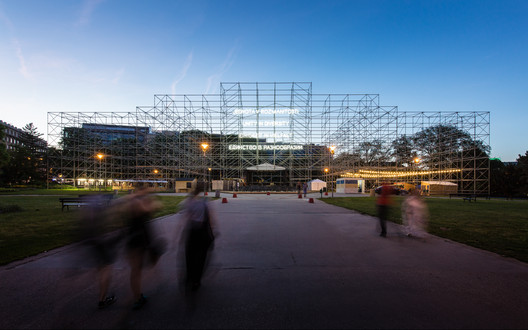