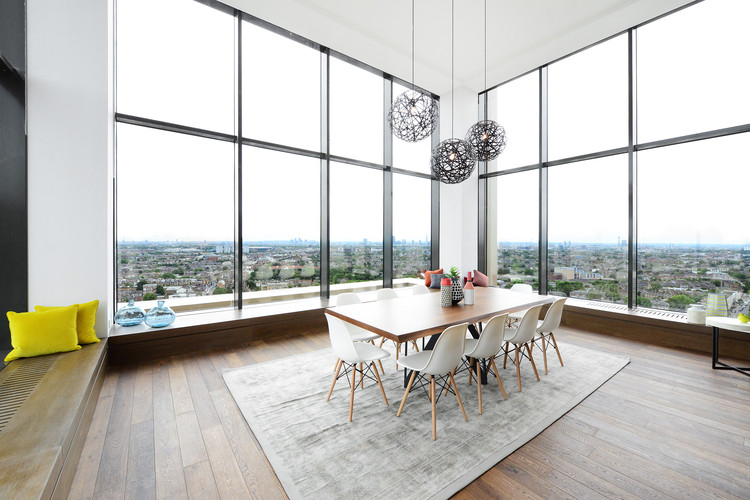 Text description provided by the architects. Vantage Point is the comprehensive refurbishment and recladding of a former office building to one of the UK's first purpose-designed residential rental buildings ( PRS, BtR, Multi-Family living). The regeneration of the Archway area has been kick-started by the refurbishment and recladding of the former Archway Tower; a notorious 18 stories, 1970s office building.

Located above Archway Underground Station, the tall, dark edifice dominated the area and, with the failed post-war surroundings, empty shops, and narrow pedestrian alleys, blighted development for many years. The brief called for a rental residential building (sales not being permitted in the freehold conditions of a building above an underground station) with active and accessible street frontages, entrances, and improved microclimate - the former slab had created downdrafts which made pedestrian areas uncomfortable and sometimes dangerous.

Residential use was granted through Permitted Development (a way of changing the use of a building without needing Planning Permission) and the façade by a detailed planning application. The recladding was not just a wrap of new material; the cladding detail design was a direct response to local residents’ complaints about the dark foreboding nature of the predecessor.  So angled, light reflective, panels designed to accommodate existing concrete structure and natural ventilation openings reflect the south and east light.

Big window cills also reflect the sky while discouraging pigeons. The solid end walls, formerly in black concrete, were recladded in light stone with large windows to evidence that the building is occupied. The carefully detailed façade was erected without scaffolding and respects the original ‘three slabs’ massing and its architectural characteristics like solid end shear walls. The original architects, Oscar Garry, and Partners may have borrowed the technique from the aptly named Dreischeibenhaus in Dusseldorf by Helmut Hentrich and Hubert Petschnigg in the 1950s (now refurbished by HPP Architects).

Residential rental sector’s 24 hours, 100% occupancy with no private parking has proven a boon to local traders with noticeable visual and retail offer improvements. Projecting indoor amenity spaces illuminate and activate the streets and reduce downdraft to the street corner and bus stop. While the scheme has not had the power to intervene in the public realm and ‘tube’ exits – Vantage Point has acted as a catalyst for development by seeming to be new, bright and active.

Surrounding post-war blocks are also being recladded and TFL are re-paving roads, cycleways and moving bus stops as part of a major upgrade of the former Archway gyratory. The greatest change was reserved for the rooftop plant room which is a double height shared amenity space in the form of a bronze box with two roof terraces. Using the existing concrete columns a new enclosure has been formed with glazed ends and a mezzanine spanning the middle of the space. Two former plant roof areas have also been turned into amenity decks with amazing views. 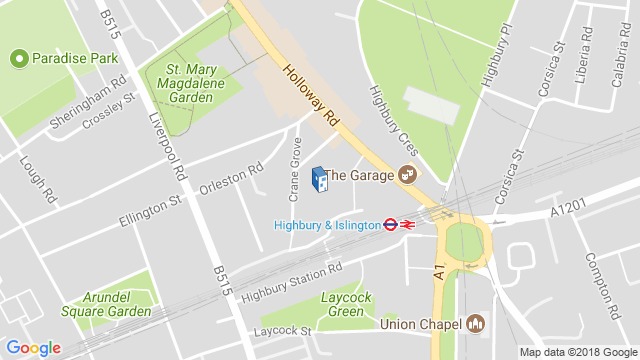