A +100 meter stretch of land beneath a train overpass in Koganecho, a district of Yokohama, Japan, underwent a progressive refurbishment in which seven different types of community space, each designed by a different architect, were built within a pre-set spatial grid. Historically there were many social issues in the area, largely in relation to its profitable but dangerous black market and red-light district. Once the illegal activity was eradicated in 2005, the underpass presented a great opportunity for social re-development, and the resultant project - the Koganecho Centre - emphasized an age-old Japanese cultural commitment, where what was once broken is used to make something new. 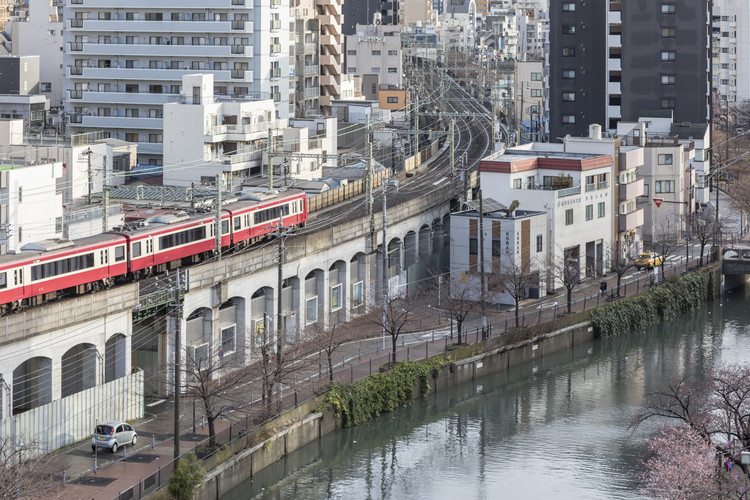 An art gallery, a cafe, a library, an artist’s studio, a meeting space, a workshop and an open-air piazza were designed by Contemporaries, Studio 2A, SALHAUS, Workstation, Koizumi Atelier, Sogabe Laboratory-Kanagawa University+matidesign, Nishikura Architectural Design Office respectively. The resultant eclectic aesthetic was inevitable, and therefore the role that the existing overpass's heavy columns play in mediating each design cannot be understated.

The interaction between said structure and the architecture varies throughout the project; being simultaneously enveloped, clad, exhibited and wrapped at various moments; generating a dynamic yet shared typology as you walk through each building. The use of welcoming materials, such as wood, glass and pale concrete, has helped remold the perception of Koganecho, drawing back the community to fully utilize the new spaces.

The Koganecho Centre creates a platform of conversation between the artists who are granted the space and the community who live around it, successfully re-functionalizing the land through precise and well researched spatial planning, creating a precedent for future community-centric refurbishments. 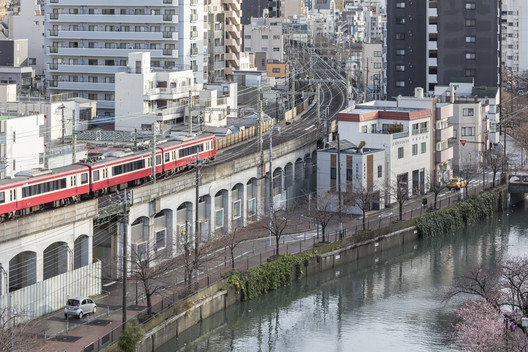