After being knighted in 1990 for services to architecture, winning the 1999 Pritzker Prize and then gaining peerage in the same year, it could be argued that there is no living architect that has had a larger impact on urban life than Norman Foster. In a recent talk, Foster addressed a sold-out Barbican Hall on the future of our growing urban landscape, in the seventh installment of the Architecture On Stage series organized by The Architecture Foundation with the Barbican. While the content was full of grandiose statements and predictions, of a scale similar to the projects Foster's practice undertakes, it was the problem-solving approach he showed that gave more of an insight into the man himself. The following 5 lessons gleaned from the presentation won't guarantee Foster-like levels of success, but they may be able to help you navigate the challenges that architecture can present, both personally and professionally.

1. Architecture is more than a building

As obvious as this may sound, it is easy to fixate on a facade or roof, the most ego-driven aspect of any project. But what we can lose in the quest for Instagram perfection is the true purpose of architecture: designing a space to be used by a community. Foster consistently reiterated this point, referencing the creation of something more than just a building, saying it was “difficult to separate the architecture from the infrastructure.” By not simply thinking about how it will look, and concentrating on how it will work, a building will have a greater chance of enriching the lives of the people who use it. Whether it’s the creation of a public space, the pedestrianization of the surrounding context, or maintaining a path through the building’s core—Foster’s focus upon more than just aesthetics is key to the perceived success of many of his projects.

What was clear from hearing Foster speak was the depth of historical and theoretical knowledge he had. While this might seem an obvious trait of someone who has been at the very top of his profession for over 50 years, it was nevertheless impressive how he could pinpoint individual elements of multiple projects and provide their research-driven purpose. Aside from the expected classic texts, Foster drew inspiration from slightly more off-piste references, like Georgii Krutikov and Nasa’s "Stanford Torus," showing the extensive contextual background demanded in his office. He also frequently talked about the practice's primary research, from their extensive prototypes and models to the investigative studies of urban life in favelas, something Foster seemed particularly passionate about. If a decision is well researched then it can rarely be wrong, avoiding the awkward silence after a client (or college reviewer) asks “but... why?” 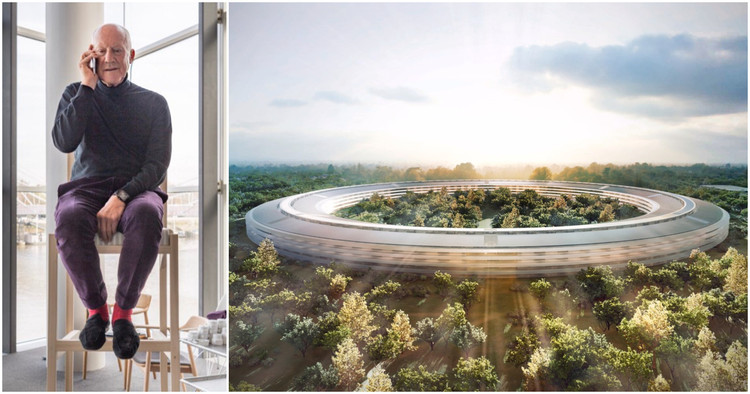 3. “We all gravitate to what we do best”

In 2010, Norman Foster was one of several peers to give up their seat in the House of Lords. During the Q&A, an audience member asked whether he regrets the decision in which he gave up a great platform to encourage the changes he had spoken so passionately about. In response, Foster said: “we all gravitate to what we do best.” He claimed that he was far more useful as a designer, leading by example, than he would ever be as a politician arguing day after day. Taken at face value, this sentiment is key to the effective communication of ideas. Improving holistically is still important, but our skills are naturally weighted in certain areas; be it model-making, drawing, pitching or detailing; and in focusing on your strengths you can help maximize a project’s success. In Foster's case, it's also probably the reason why the former RAF man has designed no less than 7 airports—he's good at it.

Be bold. Most of Foster’s work, in particular his earlier projects, is experimental in one way or another, and so were a lot of the topics brought up in his lecture (ambulance drones to be used all across London, for example). To be bold in architecture is difficult, as the hundreds of constraints and regulations try their best to maintain a palatable level of status quo. However, it is often in seemingly crazy ideas that change is facilitated. Creating something new—even if it means swimming against the tide—is critical for positive change within architecture, and as George Bernard Shaw once said:

Buckminster Fuller was the mentor of Norman Foster, the pair first working with each other on a project in Oxford, 1971. Foster frequently referred back to conversations he had with "Bucky," using him as a touchstone in what he was trying to achieve and how he wanted to achieve it. The famous Fuller quote “doing more with less” is usually attributed to the performance of a project: using technological advancements in order to create a more efficient input (less) with a larger output (more). This is seen first hand in his geodesic dome, and later the Dymaxion House, and the relatively simple mantra mimics the sustainable agenda we face, reducing global reliance on finite supplies, something Foster addressed in the new Bloomburg European HQ. You can also apply this to the time you spend at work, maximizing output and leaving space to live—something essential for general well-being. And if you ever need any tips for how to live outside of architecture, a quick browse of Norman Foster’s personal Instagram account will provide plenty of ideas.

Find the video of the lecture here. 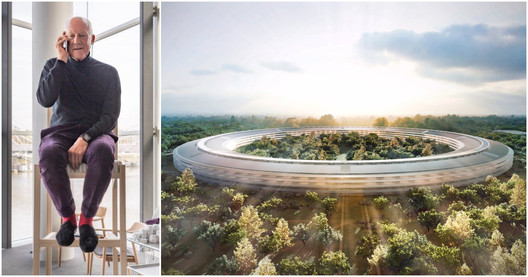