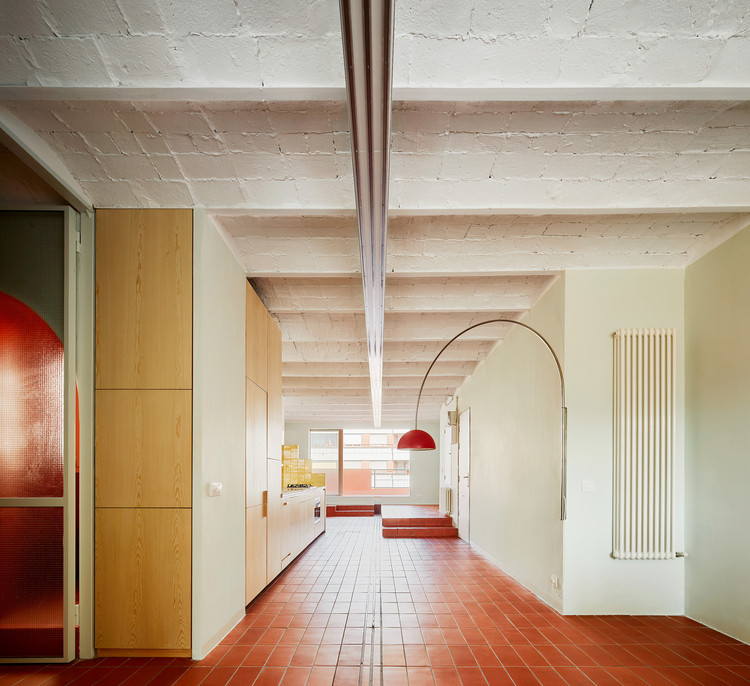 Text description provided by the architects. Living on a terrace. The project is conceived according to the client's main desire: a house turned towards the exterior. The operation, however, is not so much to open the views to the terrace as in providing the interior with attributes of the exterior, resonances of the landscape of the roofs of the city, often invaded by clothes hanging in the sun.

The east-west orientation of the apartment suggests not resorting to an orthodox distribution with night and day zones associated with each of the two facades. Instead, the program is articulated through two 'segregable' rooms located on opposite sides of the house and, beyond the idea of ​​'living room', a chain of common spaces of similar magnitude that extends from the facade of the street to the inner courtyard. Against the spatial unity of the loft, the house is 'divided' by its longitudinal axis into an area of ​​public vocation, in contact with the entrance, and another of more private inclination, next to the patio of lights, where the technical and storage spaces are accumulated.

The project is ordered, in this sense, from two main elements: a smooth topography, whose different levels solve the relationship of the house with a terrace at a 40cm difference height, and a 'shedding' of practicable light planes that crosses the house from end to end, from the front of the street to the inner courtyard. The materiality of the project is simple, defining the two main elements that make it up: wood for the tectonic - as a definition of the mobile elements, and ceramic tiles, habitual in most of the roofs of the city, for the stereotomy - as a definition of the static.

The program is not fixed, but mostly suggested. The topography 'gives rise' to the different scenes of domesticity. The project is revealed as the development of a series of more or less stable, periodic or fleeting activities in a territory of opportunities. In contrast, the sliding surface filter works as a dynamic device that introduces complexity into the plant, allowing the construction of various forms of spatial arrangement. The house is organized, from a theatrical point of view, through the dialectics of different degrees of transversal relationship between possible domestic scenes, subject to different degrees of privacy or mutual exclusion. 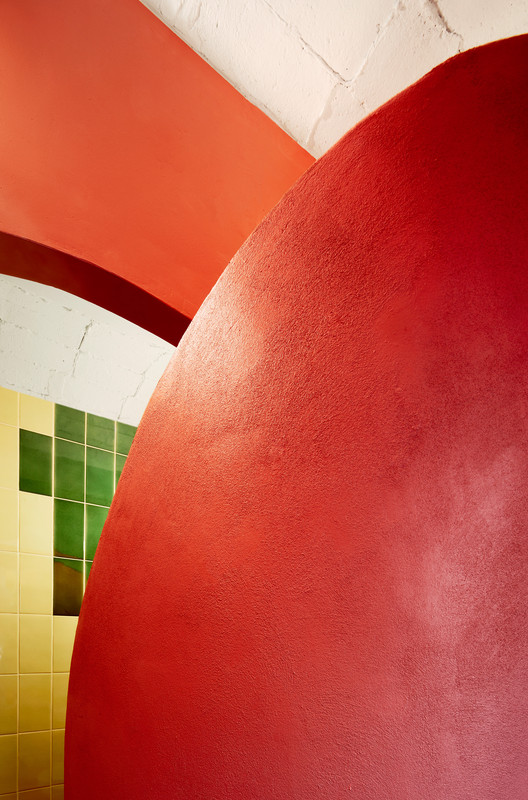 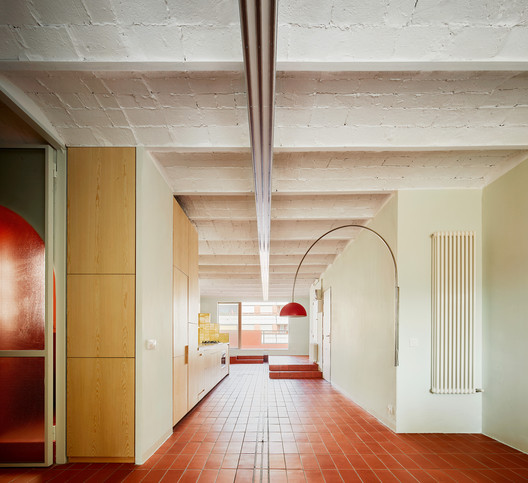