Save
Lebanon Pavilion at 2018 Venice Biennale To Reflect on The Built Environment Through a Reflection on The Unbuilt Land
Presented by:

As part of our 2018 Venice Architecture Biennale coverage we present the proposal for the Lebanon Pavilion. Below, the participants describe their contribution in their own words.

Lebanon is participating for the first time at the 16th International Architecture Exhibition - La Biennale di Venezia under the theme "The Place that Remains." The project has been developed by the curator, Hala Younes, Assistant Professor of Architecture at the Lebanese American University (LAU). 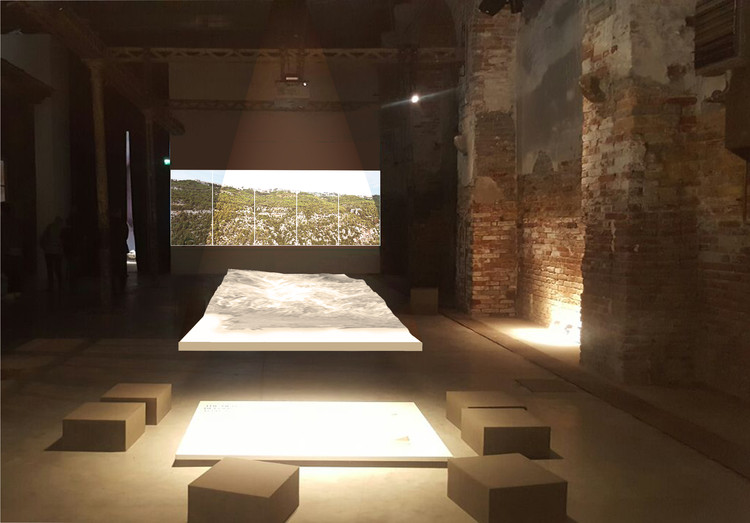 The exhibition aims to shed light on the unbuilt land, its cultural characteristics and its prospects in improving the built environment and its living conditions, as well as the architect's social and cultural role. She added: The Purpose of the exhibition is to spread knowledge and awareness about the territorial challenges in Lebanese society because our heritage is not only architectural but lies also in geography and landscape.

The Lebanese Pavilion will gather architects, artists, researchers, and Lebanese institutions under the theme 'The Place that Remains.' It involves a reflection on the built environment through a reflection on the unbuilt land and the possible visions for the future of our national territory and landscape. The focus will be on Nahr Beirut (Beirut River) and its watershed.

The project explores the preconditions for architecture through assessing its bedrock and the challenges protagonists face, such as the fragile nature of territory, scarcity of resources, and commodification. In the work, the territory is rendered visible, requiring the tangible/sensitive reality to be brought back to the center, whereby it becomes possible to identify, inventory, list, and shed light on 'The Place that Remains' and the conditions required for its preservation.

The format chosen for the project is a combined 3D relief map, landscape photography and video surveillance, while the watershed setting allows its creators to ensure that the resources remain the key focus.

In addition, the pavilion will feature the work of six photographers: Gregory Buchakjian; Catherine Cattaruzza, Gilbert Hage, Houda Kassatly, Ieva Sauvargaite, and Talal Khoury (video). The co-curator for photography is Alain Leloup. Historical aerial photographs from the Directorate of Geographic Affairs of the Lebanese Army will also be on display. 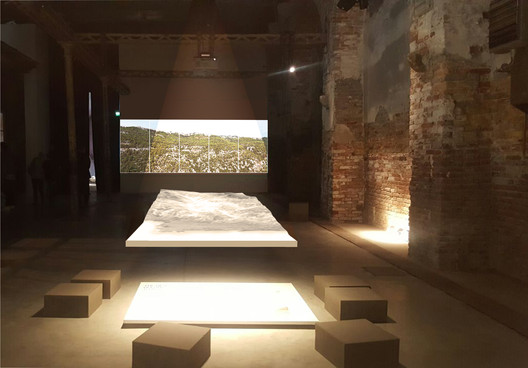