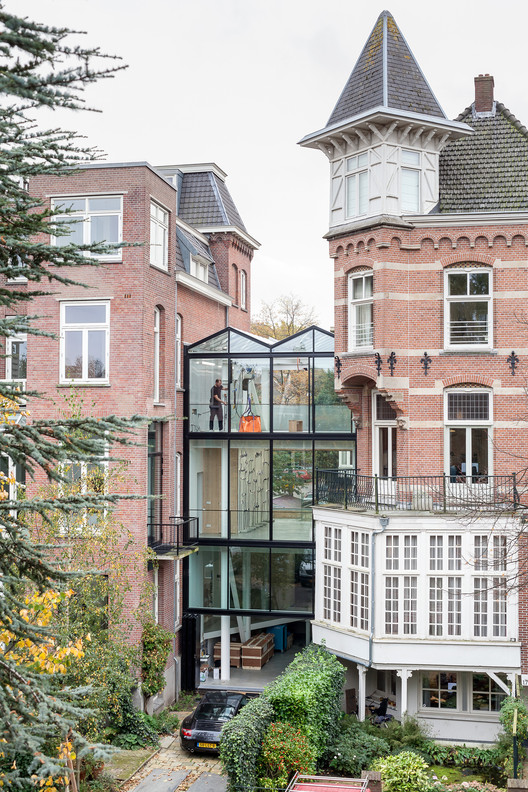 Text description provided by the architects. EENWERK is an art space for exhibitions, projects and assignments in all disciplines. EENWERK [ONE WORK] presents one work at a time, inviting both maker and spectator to concentrate on content and form. A diversity of spaces, differing in height, in the way sunlight enters and in the way they connect to the outside, give the makers a range of conditions to work with and challenges them to interact with the architecture.

Occupying an open space between a row of early 20th century houses EENWERK is a 155m², three floor, glass and basalt structure with a steel construction that allows it to be open and transparent. The house to the right of EENWERK, home to Irma Boom Office, has windows on the side. In order to clear them the front façade of EENWERK is pushed back from the street in three steps. A diagonal step in the middle gives it a dynamic sculptural quality. The effect is that EENWERK is hidden from view until one nears the building and changes in composition as one moves past. The basalt surfaces emphasize the sculptural aspect of the façade and partially close it off to create intimacy, to frame the views and to let light and shadow change the experience of the architecture throughout the day and the seasons.

Every floor of EENWERK is different. The ground floor, 4.5m high, has windows facing north and a large garage door that is accessible from the back. When the weather permits this space can be extended to the garden in the back. It might be used to hold a reception or to park a car. The middle floor, 3m high, has large windows on both ends making it a very transparent space where the views towards the street and the park set the atmosphere. Seen from outside, the large window in front acts like a billboard displaying the buildings activity to the public. The top floor of EENWERK is a greenhouse equally well suited for growing plants and vegetables as it is for presenting work in an Arcadian setting or a unique climatic condition.

Irma Boom’s office (IBO) is located on the ground floor of the classical house right next to EENWERK. A stair built out of thick aluminum plates connects the office to the library on the first floor. The library houses Irma Boom’s collection of experimental books and is intended as a place where people who love books can discuss and work on them. IBO and EENWERK are vertically organized as individual entities but openings in the wall between IBO and EENWERK make it possible to connect them horizontally. It is in this horizontal connection that their overlap is manifested. For the user and the visitor the transition between the modern and the classical spaces is almost imperceptible, as is the distinction between the making, presenting and archiving of work that takes place there. 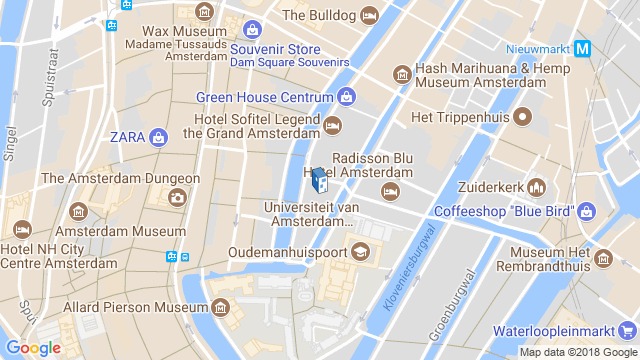