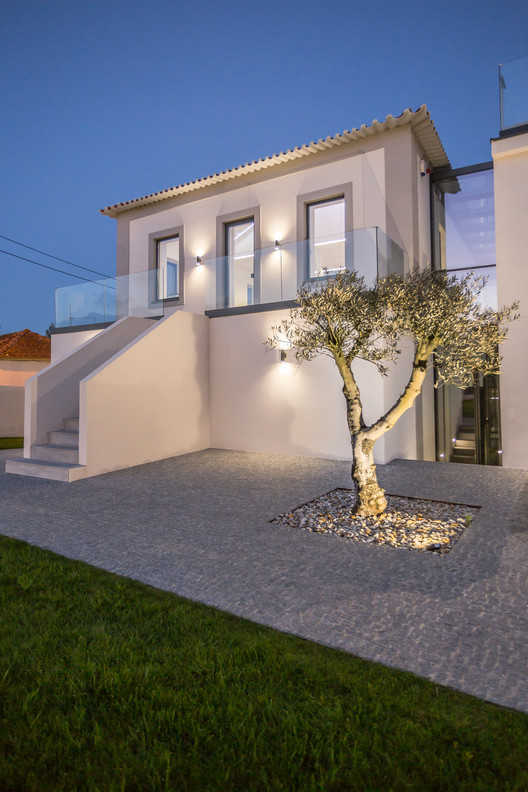 Text description provided by the architects. The intervention space was demanding: two buildings with more than 100 years of stories. Two distinct buildings of the early twentieth century with two main streets, whose main purpose was to become the new headquarters of Ubiwhere, a software company. The houses were neglected by the passage of time and flogged by the desertion, bringing to the project redoubled complexity. Located in Aveiro’s city center, in the famous "Barrocas" area, the project is part of a consolidated and mostly a residential area. The main difficulty would be to maintain the essence of the turn of the century, adapting it to the present day with special care and authenticity, therefore, the main objective was to preserve and restore the existing structures in the two buildings, keeping the marks of time.

For the first building, of genesis uni with 3 floors, the preservation and restoration of the existing structures were chosen in order to valorize the pre-existence and to adapt it to the new circumstances, trying to be the least intrusive possible. The headroom created by the inclination of the cover was used with the recovery of the original beams and skylights that brought natural light to the house. Meeting rooms and workspaces were created, with a new identity and concept. Still, in the same building, in the old basement and current canopy, a more bare character was maintained, in contrast to the carpentry works from the top floor with the use of micro-milling. This floor is completed by the flexibility given by the addition of pine wood pieces that organize and visually warm the space up, and where the flooring material becomes furniture. The strap beam is a bench seat, punctually interrupted by the exterior spans.

In the second building, of bi-familiar genesis with two floors, considering its aggravated state of conservation, only the exterior walls were considered, demolishing all its interior. The objective was to intervene throughout its structure, organizing in this volume two spacious and minimalist spaces, allowing them to have plenty of natural light, leading to a good environment for teamwork. The structural solution of the two pillars functioned as cover support and organized the distribution of the interior furniture in 4 working islands.

The existing project collided with the main difficulty encountered: the connection between the two buildings. The main entrance, having an insufficient width, made the project even more complex. With a huge divergence of dimensions between the two buildings, due to the slope of the street, the glass was the chosen element, allowing the garden to be beheld from the main entrance on the street and functioning as a connective and impermeable element. In addition, the lightness of the stairs, achieved by the thickness of the material, gave the main entrance superior modernity and minimalism, characteristics of the general concept of space.

On the main forefront, heavily weathered, blue beveled tiles were placed, unifying the buildings to meet the Ubiwhere concept. The integrity of the lateral forefront was maintained, using modern materials for its rehabilitation. On the rear one, it was decided not to unify maintaining the formal diversity characteristic of the "Canastro Island". 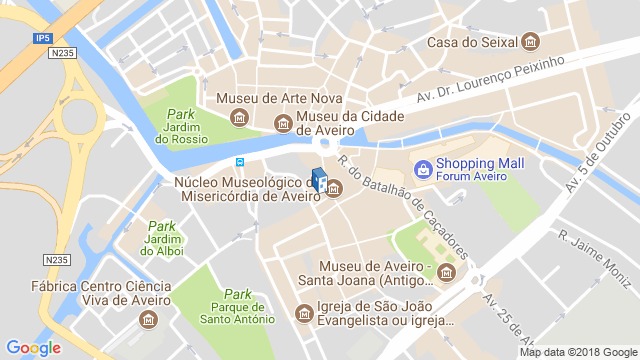