The concept of urbanity guided this project, composed of two corporate buildings integrated with each other and their surroundings. The complex is accessible to the city, having no low railings or fences but with wide sidewalks and semi-public spaces that take into consideration the line-up of the neighboring buildings. The positioning of the lower tower took into account the alignment of the neighboring Rochaverá building while the taller tower is aligned with the street.

The raised basement between both towers delineates the space for social interaction featuring a square that connects the towers. The elevated square incorporates a food court and social area accessed by an escalator in the hall of the convention center on the ground floor and thus serves as a semi-public space. 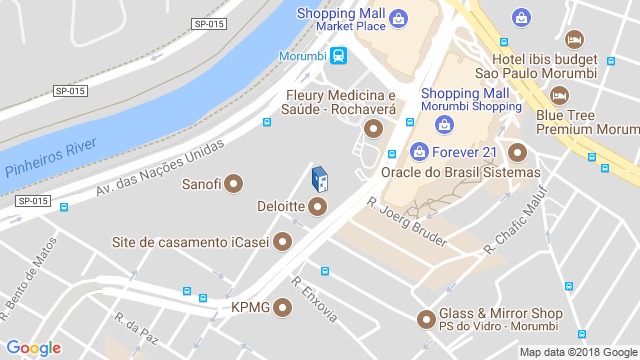 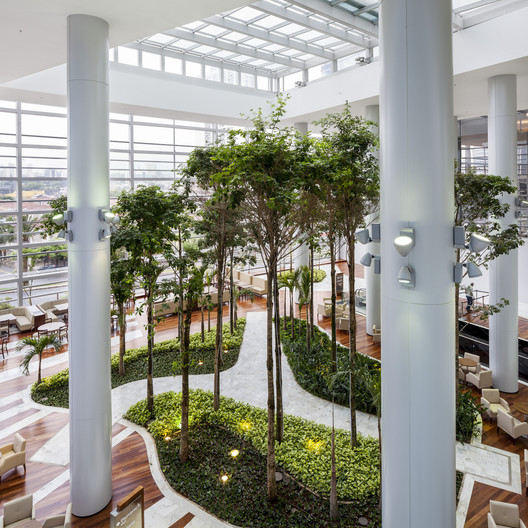