Save
The Nest / Grupa 5 Architekci 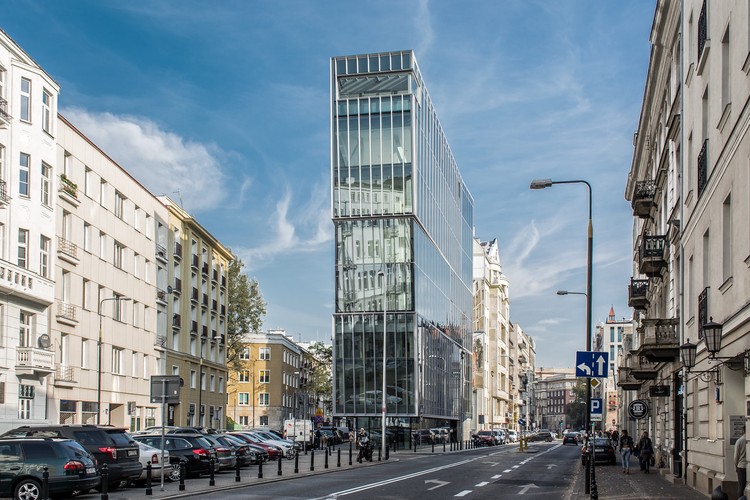 Text description provided by the architects. The 18th-century urban layout that shaped the parcel of land (built up before the war) on the corner of two streets intersecting at a sharp angle became the background for the designed construction. It was the express wish of the Metropolitan Monument Conservator Office that the envisaged structure on this important, prominent street corner should be as “light” and as much glaze as possible. Local development conditions for this long and narrow plot envisioned a possibility of overhangs at the first floor level over two nearby streets – Piekna and Koszykowa – that would reiterate the bays and balconies of neighboring tenement houses.

Dense municipal utility infrastructure in the area meant that the ground floor outline had to be pushed further back from the street intersection and diagonal pillars as well as steel cables for supporting the cantilever ceilings needed to be installed there – all this in order to shift the load generated by the weight of the 7.5 m overhang at the front. The need to maintain vertical clearance, so as not to hinder traffic at the street intersection, caused the overhang to slant – at its base, it measures 4.40 m. The form of the building is characterized by an overhang just 2.55 m from the level of the pavement. The resulting structure naturally divides the building into two parts.

A monolithic, matt, dark, stone core of the staircase spans the building from the ground floor and reaches high above the rooftop. This particular element is closed and opaque in character and provides a striking contrast with the second, compositionally different part of the building - a glazed overhang, divided into three segments at the 2nd and 3rd-floor level, respectively. It forms a light, translucent element that on the one hand exposes the building’s interior and on the other reflects the surrounding tenement houses and the “Koszyki” Market Hall opposite. The design concept brings out the best both in the neighboring buildings and original local urban layout. 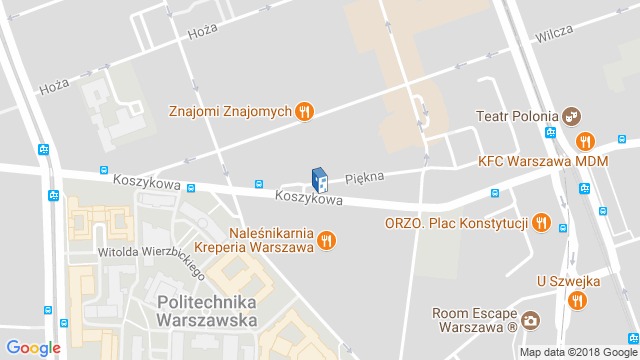 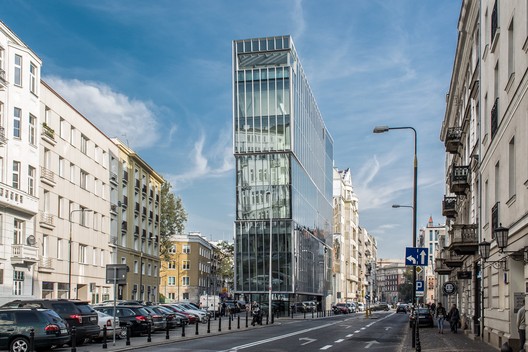