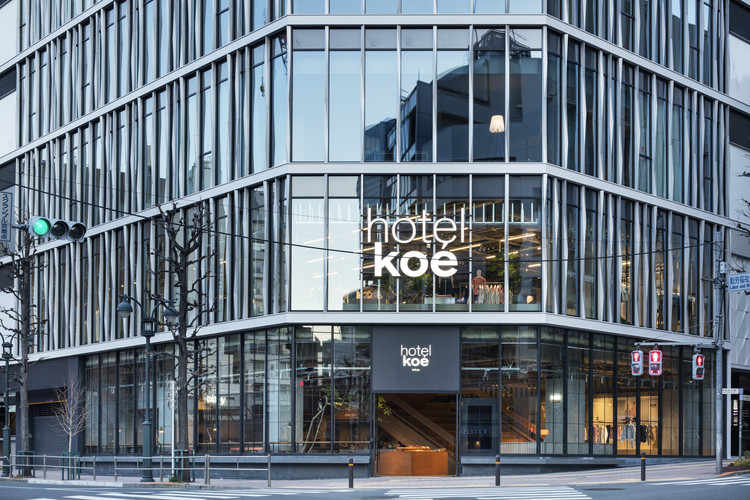 Text description provided by the architects. Go back in time to the past, in the Japanese store arcade, a woman with a baby sling stood in front of a store counter to juggle with store work and housework. There was a kind of margin it allows others to step into private of the house. We think it was the origin of the public. However, it has turned into the situation which doesn’t allow to make coexistence. Everything is segmented in order to pursuit convenience and efficiency in recent years. We seriously believe that it is necessary to think about how architecture should be in our time when the society is changing to diversity from just taking productivity.

Hotel Koe Tokyo is a project which is constructed the flagship shop of apparel brand in the center of Shibuya, and we were demanded to design included concept and planning of content 3 years ago. We joined hotel Koe project 3 years ago and the client required to us to design the space and propose the shop concept. Basically, it was a project to launch a flagship shop for the apparel brand "Koe" in the center of Shibuya, Tokyo.

Usually, an apparel shop is open from 12 am to 8 pm. It means we have only one-third of a day to touch their clothes. That is why we proposed to open the shop in a hotel so that they could tell Koe's brand concept to a customer with using 24 hours. Considering about the culture of Shibuya, which has massive music culture, there are many music clubs and record shops, we planed the restaurant and pop-up space on the grand floor where is used as a music live and club space on the weekend. The shop of apparel on the second floor, and the bar lounge on the third floor.

We made the hotel as an entrance for making an unexpected various experience, such like people who look for a good meal will find a fashion, people who come to listen to the music will touch a space of food, and people who come for sightseeing will dance with stranger unexpectedly. And also, we strongly intended to design strong contrast by using a contrast of the clutter in the town of Shibuya and the silence in the hotel, a different usage for the hotel space to convey a fashion, the relationship between these things, so that we could make a new culture of Shibuya.

Hotel Koe Tokyo has been opened for 2 months. We’ve seen people who sat to chat on the grand staircase like in a park and the grand floor turned to music live space and club on the weekend. Customer will get experience called ‘NEW’ by they bump into paradox situation against the standard they have when they find a different space even though they expected there is a restaurant beyond an entrance to it. When we think about how architecture should be with active function, with breaking away from constructing a building designed by standardized function, we believe that thinking about the theory of entrance would be a seed for a future of architecture. In the end, designing a part of town, which means designing the meaning of this place, was the frame of this project. 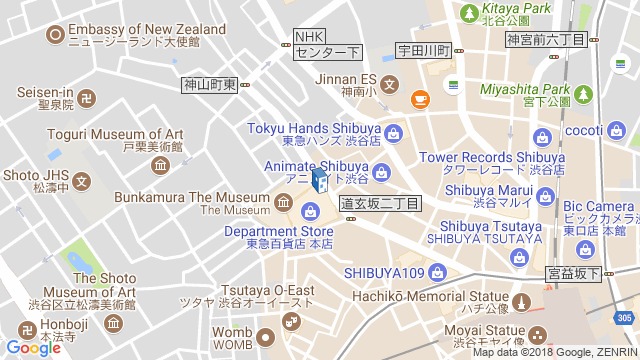