Save
Apparently, All Roads Do Lead to Rome
Share
Or
Copy

The resulting cartography reveals a route map that, in fact, leads to Rome. The thicker lines represent the most used routes and are the roads where the smaller routes converge.

In its glory days, the Roman Empire was responsible for creating an extensive network of thoroughfares throughout the European continent, from Britain to Turkey, interconnecting its 113 provinces by means of 373 routes that were more than 80 thousand kilometers long. Today, some of Europe's major highways exist on ancient Roman roads.

News via: Nexo and Roads to Rome. 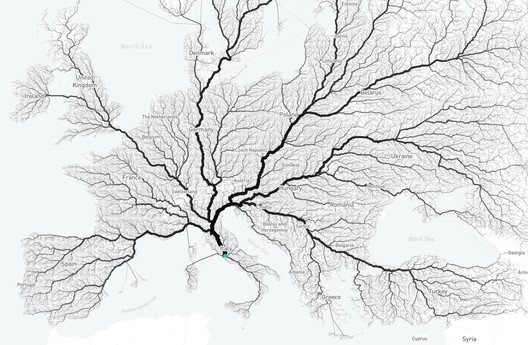