Text description provided by the architects. Center Point Tower, designed by Richard Seifert, stands between New Oxford Street and Charing Cross Road. A symbol of the vibrant and liberating social change affecting 1960s London, it was one of the first tall buildings in London to be constructed using pre-cast structural components. This new technique, developed by structural engineers Pell Frischmann (who returned to work on the building alongside Conran and Partners in the current transformation) resulted in a precisely manufactured exo-skeleton structure. This was manufactured off-site and then delivered to site on a daily basis, panel by panel, for installation.

For many years after its construction, Centre Point Tower stood largely unoccupied and isolated from the buildings and spaces around it due to the area’s busy gyratory system. It was given Grade II listed building status in the mid-1990s.

In 2010, London developer Almacantar acquired the building and commissioned Conran and Partners to restore, convert and reconfigure the 34-storey office tower into residential use, with supporting amenity spaces and a new ground floor. Rick Mather Architects, whilst not involved in the Tower, were commissioned at the same time to regenerate the lower buildings and the public realm.

Almacantar’s brief was to reinforce the building’s personality by reconnecting to the spirit of the 1960s, whilst at the same time making it relevant to contemporary London as a world centre of cosmopolitan culture and creativity.   Eduardo Paolozzi once described Centre Point Tower as London’s first Pop Art building and the building’s graphic nature is evident in the repeating, three-dimensional honeycomb structure that dynamically transforms itself though light and shadow as the sun passes across it. The design approach has been to connect the spirit of the restored exterior of the building with the converted and transformed internal spaces. The interior design has been influenced by the substance and rhythm of the elevations.

The floor plates, originally designed during an era of typing pools and cellular offices, are no longer relevant to modern office requirements. They are, however at approximately 30 metres by 16 metres, extremely well-proportioned for contemporary residential use. The new apartments in Centre Point Tower range from 70 square metre 1-beds to a 675 square metre duplex apartment. Both single aspect and larger, dual-aspect apartment types have floor depths which allow daylight to reach into the furthest parts of the habitable rooms. The fenestration pattern has resulted in room widths of a minimum of five metres, and featuring at least two large windows. In the 3-bedroom apartments the external wall length is 15.5 metres of which more than 70 per cent of the surface area is glazed, creating spectacular panoramas across London.  The concrete exo-skeleton has been retained and lightly restored, whilst the glazed envelope has been entirely replaced, but configured in the same pattern as the original.

The general arrangements of the new apartments sit naturally within the spaces to avoid the sense of retro-fit. The entrances are centred in the spine of what is a symmetrical building, whilst partitions always meet the external structure at right angles.

Centre Point Tower, like many buildings of it era, was originally designed around vehicle access rather than around people. A spiral car park ramp was over-sailed by a pair of external flying staircases that created an insecure and challenging street frontage. The solution was to relocate the staircases inside the new lobby area to create approaches that are more welcoming and accessible, with a clearly-defined entrance at ground level.  The generosity of the new entrance has created a theatrical space which now features a light sculpture by Cerith Wyn Evans. ‘Neon Forms…descending a staircase’ dramatically references the creative energy at the heart of the original Centre Point Tower concept. 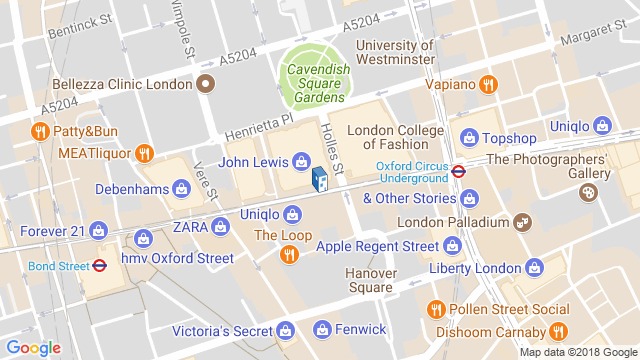 Location to be used only as a reference. It could indicate city/country but not exact address.
Share
Or
Copy
About this office
Conran and Partners
Office
••• 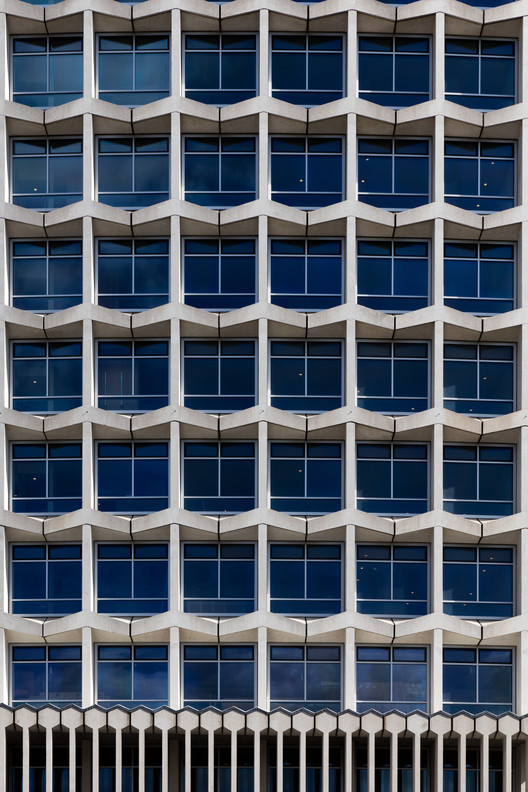