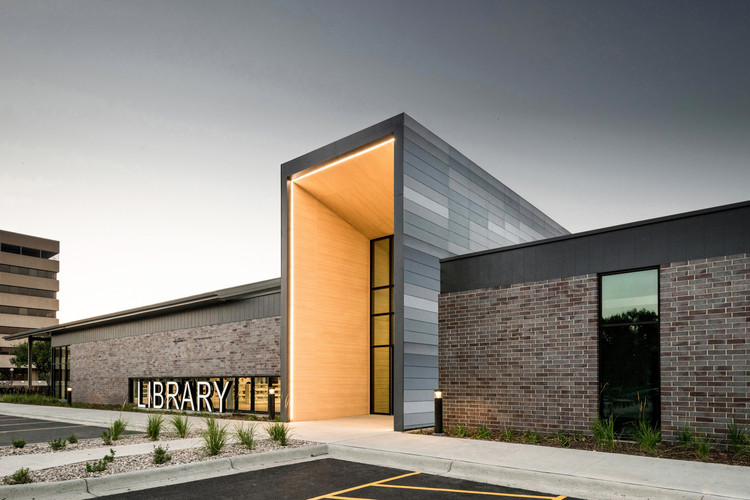 Text description provided by the architects. After more than eight years of effort and a passed bond vote, Aberdeen proceeded with replacing its 1950’s era library. The former library was overcrowded, had little natural light, and suffered from repeated water damage. A new civic based design was pursued to address these issues, and to develop a new “living room” for the city. The result is a state-of-the-art building that can both inspire and serve the needs of the community. This library was not designed to be a bin for dusty books and card files; it was designed to be a center of creativity, research and collaboration...and to be free to the public.

The K.O. Lee Library, with its linear configuration along 3rd Avenue, is of a contemporary design with inspiration from the vernacular of four original railroad depots in Aberdeen which still stand today, including; The Great Northern Depot, The Milwaukee Depot, The Chicago Northwestern Depot and The Minneapolis and St. Louis Depot. While these depots articulate multiple styles of architecture, three of these, along with the historic buildings to the north of this library that formally housed Central High School, are predominately designed in the Craftsman/Prairie Style, and this new building attempts to pay subtle deference to that style in a contemporary way.

As a result of the many railroad lines that entered the city and created spokes, or a “hub”, from an aerial perspective, Aberdeen, South Dakota, was nicknamed the “Hub City”. This library, located near the heart of where those railroad lines first converged more than one hundred years ago, is intended to be a link to the past and the future, and is another kind of community hub – designed to connect and enrich residents and guests for many generations. 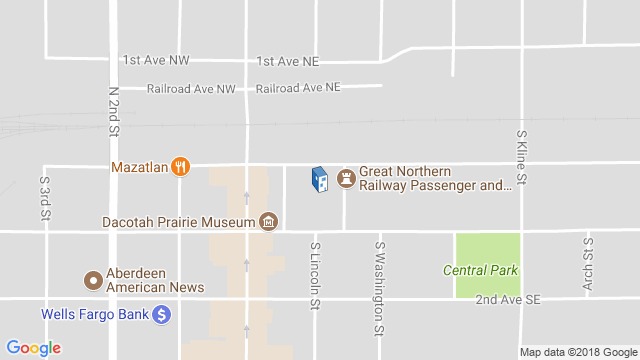 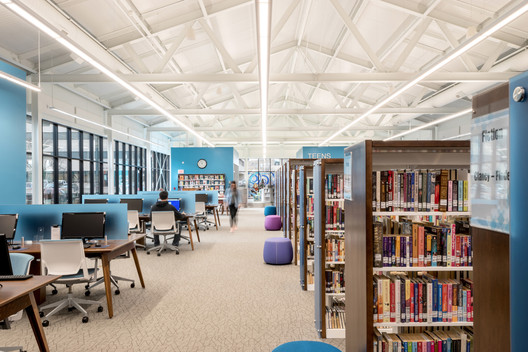 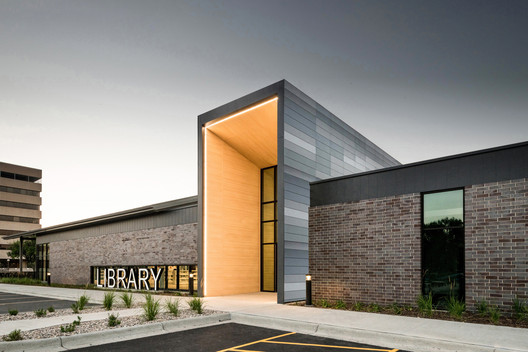