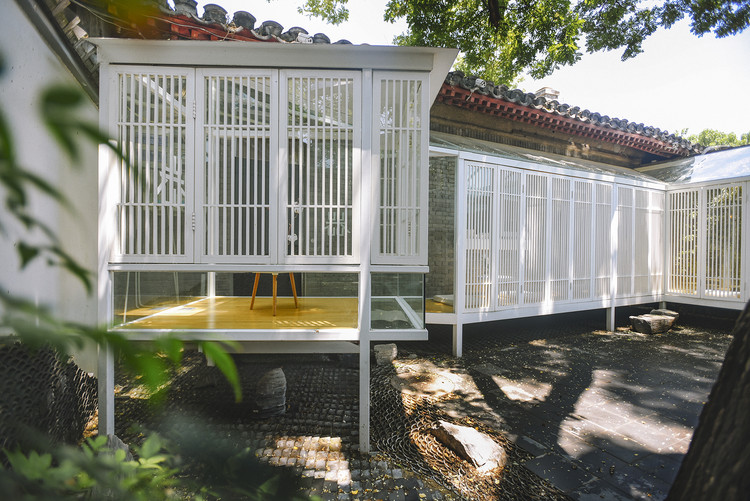 Text description provided by the architects. This project is a transformation of a courtyard to a tea house in a hutong in Beijing. The site is a rectangular courtyard with an area of about 100 square meters.

Based on the corridor connecting all the buildings in Courtyard house in Beijing, the concerpt of “corridor space” is introduced: beside the four walls of courtyard, a new corridor space is added, with the door-facade of traditional form. While opening the façade, it is a corridor; while closing the façade, it is a room space. Inside the corridor, intellectuals and tea guests, sitting around, drink tea and discuss together.

In the courtyard, the tile on the floor is a metaphor of water, with corridor suspended above the water. the big space in the corridor could be used as room and small space as furniture. According to the difference of sourouddings, with varied materials, scales, heights, and behavior modes, this corridor has many kinds of characters. From the courtyard entrance, through south, east and north wall, untill west wall, several spaces are organised: sisi dock on the south, linglong terrace, and yizhu corridor on the east, cloud corridor on the north, shadow island and sky cave house on the west.

Sisi dock is from “the book of songs”, describing the clearance of water. it is at the beginning of the courtyard, on the north of original brick wall with traditional motif, above the water outlet.Inside this corridor with glass façades, the guests could appreciate the circulation of running water.

Linglong terrace situates on the east, an independent platform with the length of 2.1meter and width of 1.5meter. with 3 sides sourounded by the water, and several stepping stones inside. Drinking tea on the terrace, and listening the the running brook.

On the west side of the east room, a 60-centimeter-wide open space was planted with bamboos. A corridor in front of these bamboo is for appreciating them.

Cloud corridor is under the roof of north room. “with the tea as wine for the distingished guests, and cloud going and coming as chariot”. This corridor is mainly for the main tea ritual.

The shadow island in the northwest corner of the courtyard is surrounded by old locust trees. In autumn, we can drink tea and watch the pagoda flowers falling into "water". Or, when the courtyard is full of visitors, the door-facades putting together, the player could play chinese zither inside.

The sky cave house is built on top of the pagoda tree and  between its branches. It was the highest point of the coutyard and also the finish point. inside it we could overlook the entire courtyard, or explore the outside world. 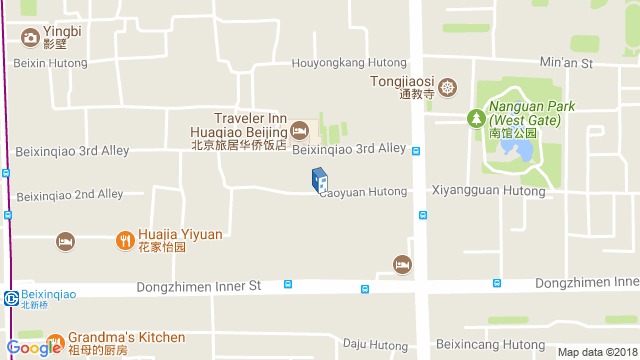 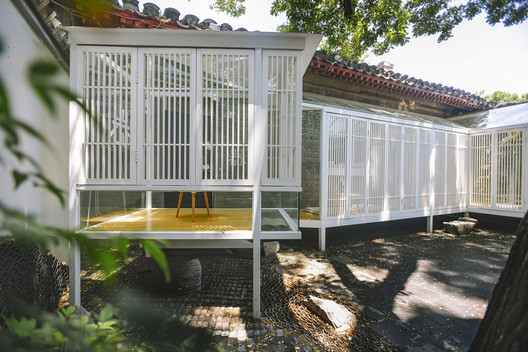