Save
Philosophical Seminar at the Cathedral Square / Peter Böhm Architekten 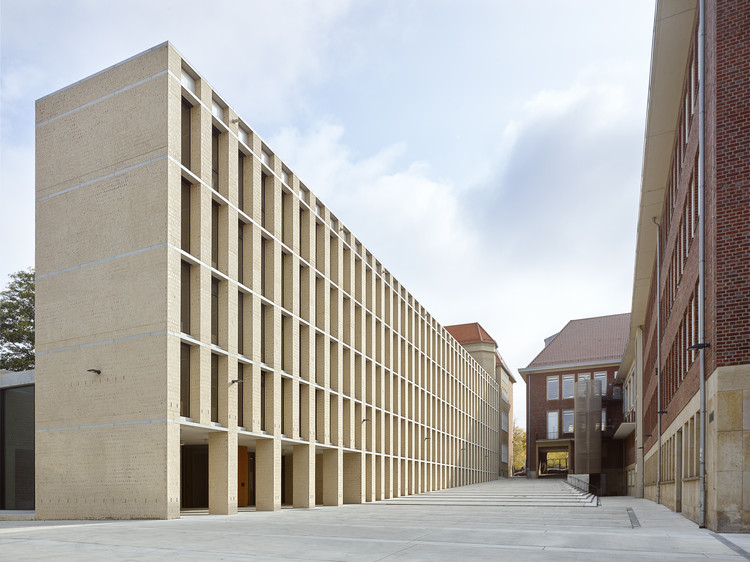 “The location between the cathedral square and the Aa-shore prompted us to form the courtyard as a small and quiet square with the entrance to the new “Philosophikum”.

However, the old entrance on the cathedral square is to be reactivated as another access. The new building of the “Philosophikum” forms a unity with the old building, connected through a Attrium that acts as a gap.

This unified character is also strengthened by the materiality of the brickwork facades, which receive a sand-colored lime-cement-mortar slurry, through which the reddish brick shimmers.

Toward the square, the building shows up with its library, which forms the border of the square and which appears as a high shelf wall. On the hall side, the parapets are designed as reading tubes.

In the old building, the seminar rooms are located on the lower floors, above the offices. The clear and orderly development structure with the two decentralized stairwells contributes to a very open atmosphere.” 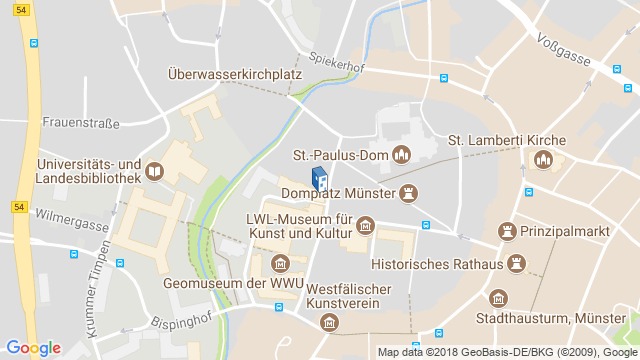 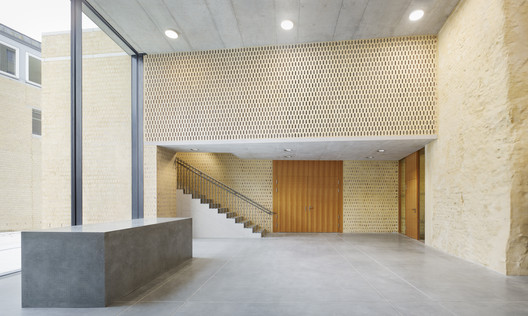 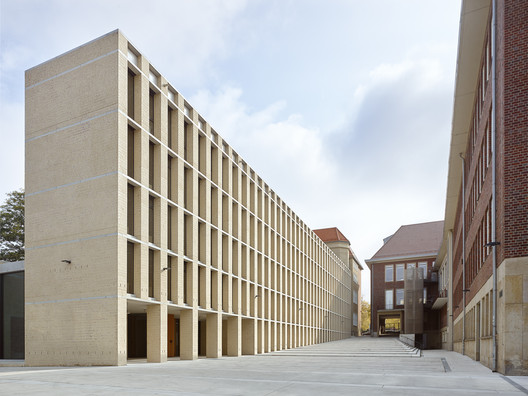