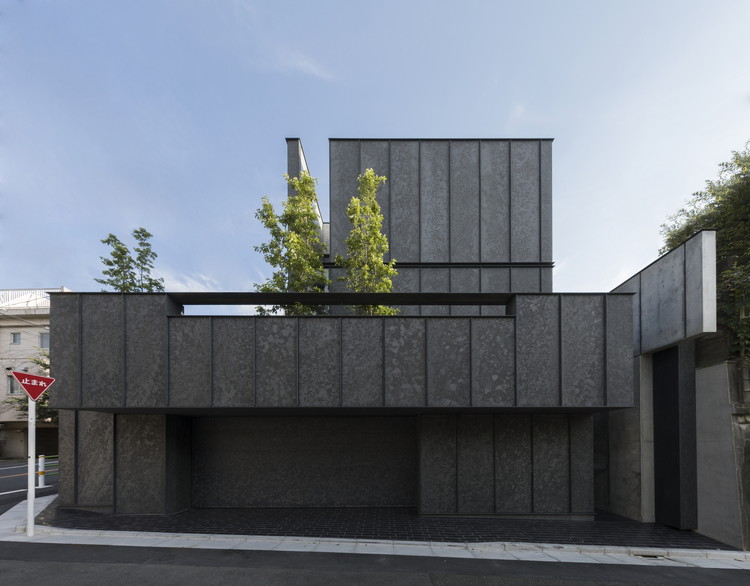 Text description provided by the architects. The creation of a building in which the space is simplified to the utmost limit and the people could have primitive experiences there: the House of Senzokuike, known as Monolith, was created under that proposition. Its initial concept was strongly influenced by the story of the 1968 movie "Space Odyssey 2001", in which "Monolith", a black extraterrestrial slate, first gives "intelligence" to an ape.

Not only the necessity of meeting the strict laws and regulations for the protection of quiet cityscapes, but also its location with differences of elevation, which might cause the windows to face other houses' windows, provided this building with the theme of integration between the heaven and underground.

With this theme in mind, materials were carefully selected, and the house was built with a universal design language using three elements; stone & concrete, steel panels and glass.

This house with a balanced and neat facade may look different every time you visit it because of the combination of the outer wall of the hot-dip galvanized phosphoric acid steel panels and the metal black stone floor. That is why the building, despite its simple form, gives people different impressions depending on his/her viewpoint, and its appearance has profoundness and nobility.

The interior is composed of three overlapping spaces with different volumes, namely, "Sky" in which the transitions of the sky leading to the heaven are introduced into the room from the top portion, "Earth" in which the level difference between the exterior and its floor brings a sense of relaxation like dwelling in a primitive pit, and "Underground" with a far larger space than you would expect.

Light and shade through the stairway and atrium that connect the "Sky", “Earth” and "Underground" intertwine, creating a microcosm with the graceful imaginativeness in the space where a tense atmosphere could be felt.

This house, which is the outcome of elaborate detail work, begins to express its real value only when you enter into it and experience the space. The decoration is a medium for drawing out the essence hidden in details, and countless small judgments on the optimization of the dimensions of each part and the application of various materials eliminate impure elements and elevates the building to the pure Monolith. It is anticipated that the passing of the time will sublimate this pure and innocent Monolith into one and only existence. 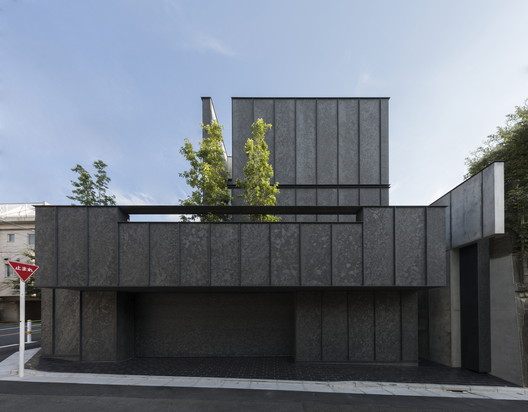