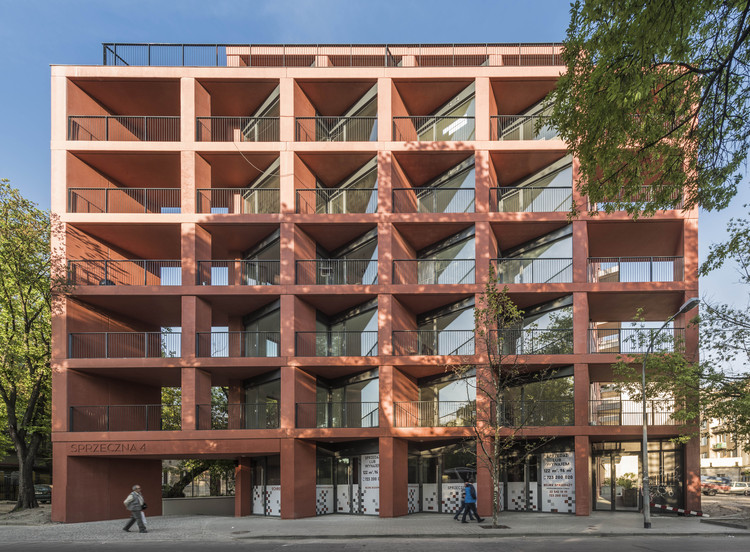 Text description provided by the architects. The building at Sprzeczna 4 street aspires to continue the restoration of the beautiful Praga district and to become a recognisable element not only in the immediate vicinity, but also on a larger scale. The building is supposed to be a starting point for the restoration of the whole urban block. And it can be claimed that the key to restore an urban block is the frontage.

Sprzeczna 4 is a manifest of prefabrication. This prototypical, demonstration building ordered in our office was designed to disenchant prefabrication – a technology compromised in Poland in the communism era by the large-panel housing estates. The building was deliberately erected on a plot of land that apparently does not fit the stereotype of prefabrication: tiny, rambling and located in a compact 19th century frontage development.

Consciously, at times unreasonably, all the available prefabrication technologies were applied: exposed coloured concrete, impression and reliefs, electrical installations integrated into the walls, heating ceilings and many more. The result is a building assembled from numerous large-size elements produced in a factory. The facility folded from large-size elements is not finished and it does not incorporate any accessories or decorations. It is a sincere story about what a building is, what it is made of and how it works.

Red concrete elevations are an example of taking responsibility for the aging processes of the applied materials, having regard to the plastered residential buildings that are erected and their common problem of an elegant appearance only at the time of the sale.

Sprzeczna 4 is a polemic with the half-feudal construction system based on the work of poorly-paid immigrants and the construction method taken practically from the 19th century. Sprzeczna 4 is a proposal to introduce in our country the rules of fair business and social responsibility, using the prefabrication method, which is so popular in Western Europe and Scandinavia. Paradoxically, this tiny, extremely untypical and advanced building is also a forecast of cheap and available construction made possible due to industrialisation and prefabrication. 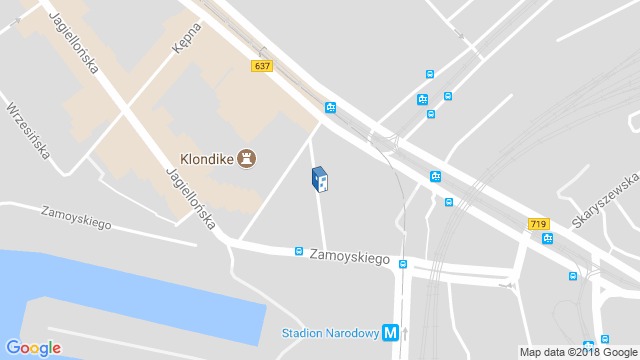 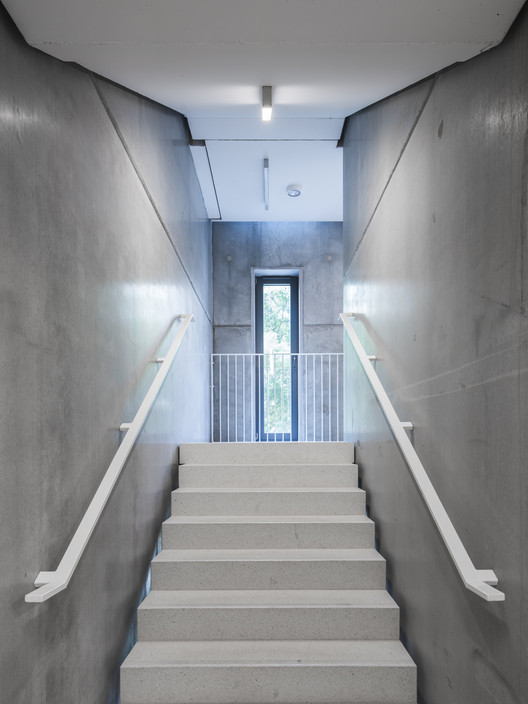 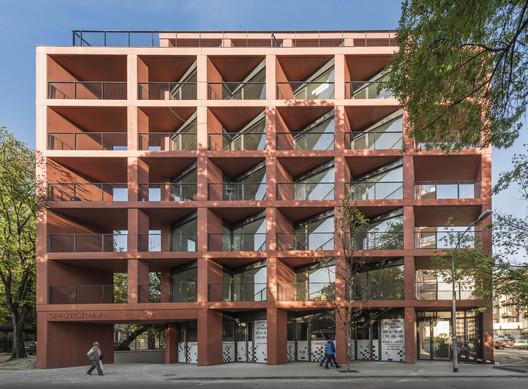