Text description provided by the architects. Thanopoulos supermarkets is at the northern suburbs of Athens. It was always a high end supermarket brand with huge variety of sophisticated imported goods which are unlikely to be found in other supermarkets in Athens.

The supermarket building existed in 3 floors before the refurbishment and looked old. The exterior was also outdated. The quality of the products had nothing to do with the quality of the space.

After the refurbishment the supermarket is 1600m2 in two floors, ground floor and basement. Circulation has changed due to the addition of stairs and the reorganization of the shelves. Each department got its own identity and KLab designed custom made furniture for them.

Ceiling height was not sufficient for false ceiling so we came up with the idea of creating a simple structure by vertical Perspex lines that were illuminated in between by T5 fluorescent lamps. This allowed a gradient almost luminescent ceiling with osb as background. As a central piece a perforated aluminum false ceiling was hanged above the produce area and the seasonal sales areas.

The supermarket is across a metro station. Customer traffic is different from other big supermarkets as the majority comes very often by feet and not by car. This led us develop a different strategy from the other 2 supermarkets we have designed for the same brand. Fresh food can be found in the ground floor and groceries and everything else at the basement.

We had never consider our approach designing the façade as per design a supermarket façade, but we believed that we had to tell a story and design something appealing and enthusiastic. Our memory from Kifisia this northern suburb of Athens is full with plane trees and old big houses with pitched roofs. With this in mind we have created a second skin from perforated aluminum which used a typology existed in the context but also within the typology of food markets. The perforation comes from an image of plane trees in Kifisia and laser cut as different sizes of leafs. In the recessed ground floor we have incorporated wood cladding and glass. A protected portico in order to enter the store.

As the supermarket has two different facades at two streets interrupted by the volume of a neoclassical building we developed a second strategy for the façade of Andrianou street. As the store sits quite at the back of the plot and there is a limited parking in front, the store was almost not visible for the pedestrians. Our intervention a big metallic pergola was introduced in order to reintroduce the supermarket at the level of the street and to create shadow both for the pedestrians entering the store and also for the cars being parked underneath. The roof of the pergola followed a pitched shape creating a dialogue with the adjacent buildings and also with the façade of the supermarket at Dragoumi street.

At the interior we tried to sustain the brand identity we have developed in the other stores introducing though new materials for floor and redesign the wine cellar as to fit with the new floor and the dimensions of the new store. Osb was introduced to walls up to a certain height mostly for protection. Corners within the store were used for certain sale areas as the bakery, fresh fish area, meat counter, delicatessen area etc. 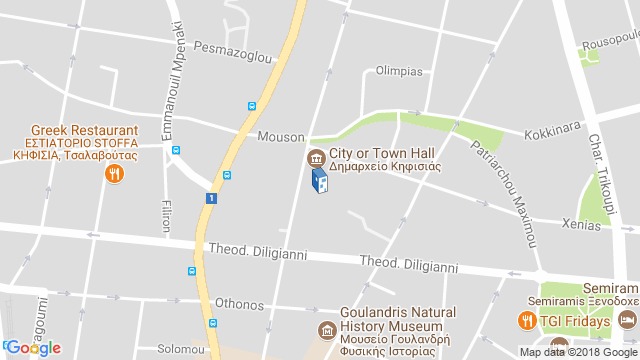 Location to be used only as a reference. It could indicate city/country but not exact address.
Share
Or
Copy
About this office
Klab architecture
Office
••• 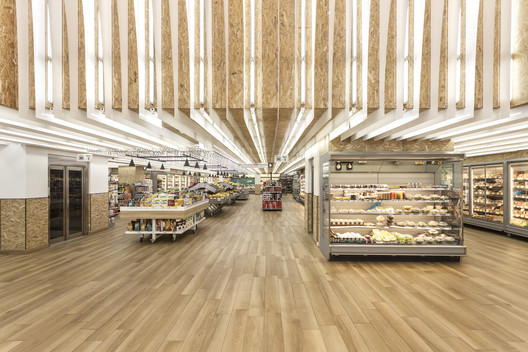