Text description provided by the architects. In a clearing in the pine forest of the southern slope of Mount Abantos of San Lorenzo de El Escorial is situated the house, that embraces an existing Holm oak.

The place is a privileged vantage point with unique views to the south, visually dominating the plain that extends from the Sierra de Guadarrama to the city of Madrid, which is framed the horizon signed by the high towers of new construction.

Therefore the house is conceived as a large gazebo, open and clear.
It is organized into two levels: the upper with public areas is very permeable, like a floating pavilion on the landscape; and the lower, with the bedrooms, is embedded in the rock of the place opening through porches and windows to the south.

The system that relates and connects the two levels of the house is a concrete slab that folds and shapes the overall envelope. As if it were a floor, deck plans are landscaped, so that from the top of the slope the house is perceived as natural soil, while since its interior is open and bright. 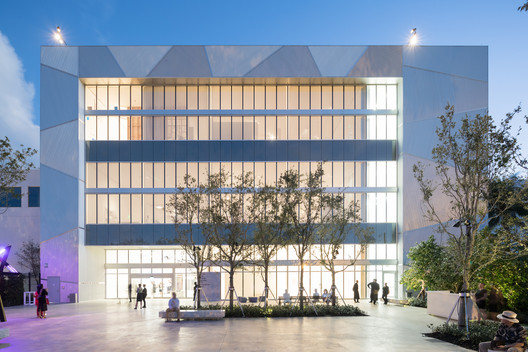